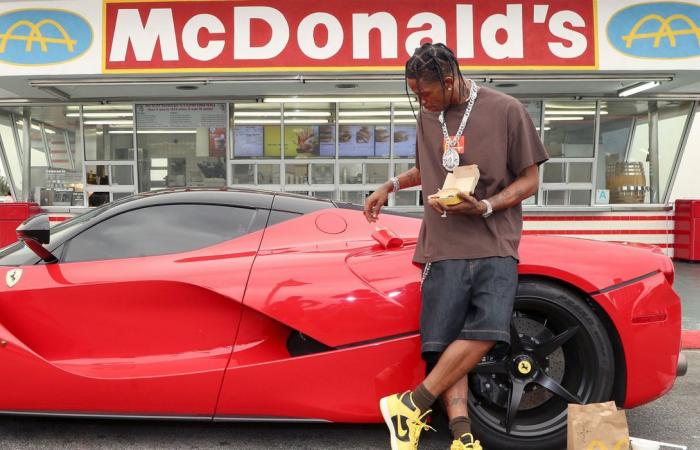 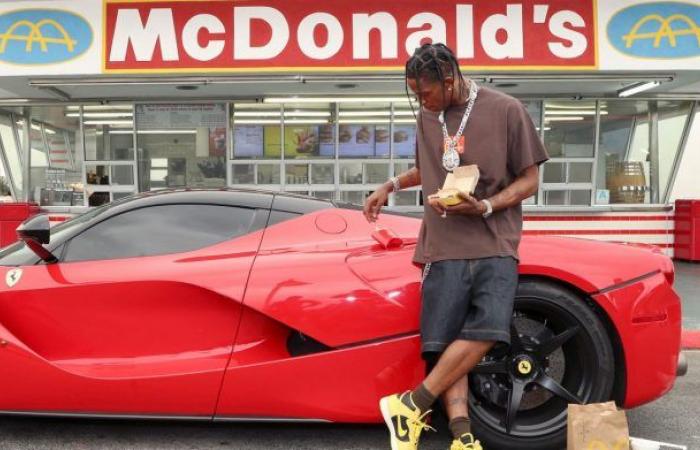 Travis Scott is known mainly to a rather young fringe of the population both for his music and for his brand image through his label and his brand.

Concerts in front of tens of thousands of spectators, 15th most listened to artist in the world on the Spotify streaming platform, having a documentary, a clothing brand and a label: Travis Scott does not stop. Recently, his collaboration with the video game Fortnite, MacDonald’s or very recently with Sony for the release of the Playstation 5, propelled the 28-year-old American into another sphere of business.

A dazzling journey for a person who does not seem to really stop because the projects are linked and are varied. A youth not over and already summed up in a Netflix documentary in the name of “Look Mom I Can Fly”.

But in addition to his musical success through millions or even billions of views and streams as well as the strength of these gigantic shows, Travis Scott has a very sharp marketing mind.

It is already by creating a very strong personal universe that this rapper has managed to federate a substantial fanbase in both the world of music and fashion. Around his name he associated “Cactus Jack” to flock clothes or sneakers as well as his musical label of the same name which wants to be the stable of US rap artists in the making.

Regular collaborations with the sports brand Nike have put him in the stirrup in the world of fashion and sneaker collectors. Limited pairs that hit the mark in a niche already involved in urban culture in general. The successful design combined with the name ‘Travis Scott’ already synonymous with success and creativity is gaining new fans.

Brands must constantly maintain an interest in young people even if the brands are already popular with them. For Martin Vachiery of the urban media Check, this means that: “With a collaboration with Travis Scott, who is America’s biggest rap and pop star, you’re sure to get it right. It is not a risk taking but it is a significant investment“.

An investment in millions and without risk

The public figure has a very marked artistic touch, which favors his recognition regardless of the project in which he is involved. An identity that is declined on more and more products flocked designs and logos specific to the musical universe of the rapper from Houston.

“It’s hard to be more important than him!“, proclaims the boss of the media Check. A status which places the artist at the same rank as the biggest world brands:”This means that there are maybe 10 or 15 brands in the world that are able to collaborate with him. Sony to release most anticipated console of the decade and Travis Scott is most influential artist upon release“.

Everything has obviously a price, in particular the collaborations in the USA: “It is very expensive, but it is what we call ‘premium’. Collaboration is pretty obvious in terms of public impact as it fits current pop culture“, legitimately Martin Vachiery.

The urban media journalist considers that developing complete projects, even for less important artists and lesser brands, gives the project a better aura: “On the collaboration with Mac Donald’s at the beginning people laughed saying that it was just a menu with an already existing burger. Except that behind it was a whole collection of clothes with Cactus Jack. There is a whole DA (artistic direction) that goes with these projects“.

Americans do full “360 degree” collaborative projects, they don’t just do promotional stuff by “putting a celebrity face on TV.” We try to get the artist involved in order to reach out to his community, to create objects that can be collected and exchanged in order to instill this desire to consume. A mentality that has already been present for many years with renowned brands like Supreme.

The video from Sony and the 28-year-old Texan rapper is only a teaser in the eyes of Martin Vachiery: “For me there is going to be something ‘just’ behind this video for the Playstation5. Given what we have seen with Fortnite and the gadgets available in the game, a full involvement is to be expected at Sony and at the artist“. In April, Travis had gathered 12 million players on Fortnite for a mini-concert online. By beating this world record, he proved his status as well as the future of this type of event.

*The article has been translated based on the content of Source link by https://www.rtbf.be/info/societe/detail_travis-scott-le-rappeur-a-l-univers-complet-devenu-placement-sur-des-grandes-marques?id=10623695
. If there is any problem regarding the content, copyright, please leave a report below the article. We will try to process as quickly as possible to protect the rights of the author. Thank you very much!

These were the details of the news Travis Scott, the full universe rapper who became a safe investment... for this day. We hope that we have succeeded by giving you the full details and information. To follow all our news, you can subscribe to the alerts system or to one of our different systems to provide you with all that is new.