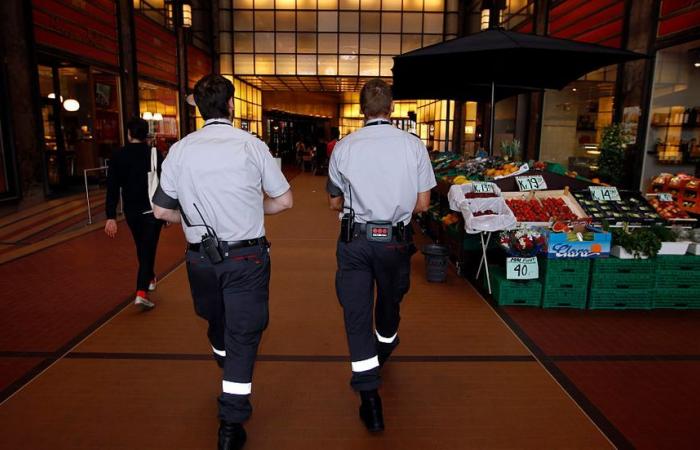 – We are relieved that the long conflict with Parat has found a solution that was acceptable to both parties. But this was a costly settlement, which will further affect the security industry, says CEO Anne-Cecilie Kaltenborn in NHO Service og Handel.

– We also hope for a solution with the Norwegian Workers’ Union, she adds in a press release.

The development on Monday night means that 420 Parat security guards in Securitas and Avarn Security will return to work from Tuesday morning.

But the Norwegian Confederation of Trade Unions (NAF) still has about 2,000 guards on strike.

The association “registers” the agreement between NHO and Parat. Union leader Anita Johansen says NAF has not been part of the negotiations that led to Parat’s part on Monday.

– As the Norwegian Workers’ Union has not been invited to such negotiations, it has not been possible for the union to take a position on any bargaining solutions, she says.

Johansen confirms that the strike will continue.

Steps up the salary

The new agreement gives Parat’s security guards a general supplement of NOK 4.50 per hour – NOK 3.50 from 1 August this year and a further NOK 1 from 1 April next year.

In addition, the requirement for increased supplements for night and weekend by NOK 2 per hour has been met, according to a press release from Parat.

– The salary supplements mean that the security guard’s salary is stepped up this year and next year. In addition to the impact of the demands for increased supplements in this settlement, we have received acceptance that the wage level in the industry will be raised further, says Parat’s chief negotiator Lars Petter Larsen.

READ ALSO: More than 800 guards are taken out on strike after a break in the guard mediation

– We also agree that the parties by the end of January each year will negotiate an increase in wage rates, he adds.

Kaltenborn says it was important to end the labor dispute, so that the security industry can recover through a demanding year. The corona crisis has hit the industry hard, and the problems are still not over.

Parat and NHO also agree to work to reduce involuntary part-time work, by improving work and rotation plans. At the same time, apprentices will have a more predictable working hours and earn salary seniority during the apprenticeship period.

NHO’s requirement that part-time employees with up to 20 per cent of positions should switch from fixed pay to hourly pay made the negotiations difficult, according to Parat’s chief negotiator.

On 16 September, 803 guards were taken out on strike after a breach of mediation. The strike has since been escalated several times, and on Monday a total of 2,390 guards were on strike.

These were the details of the news Parat and NHO agree on security guard agreement – 2000 security... for this day. We hope that we have succeeded by giving you the full details and information. To follow all our news, you can subscribe to the alerts system or to one of our different systems to provide you with all that is new.