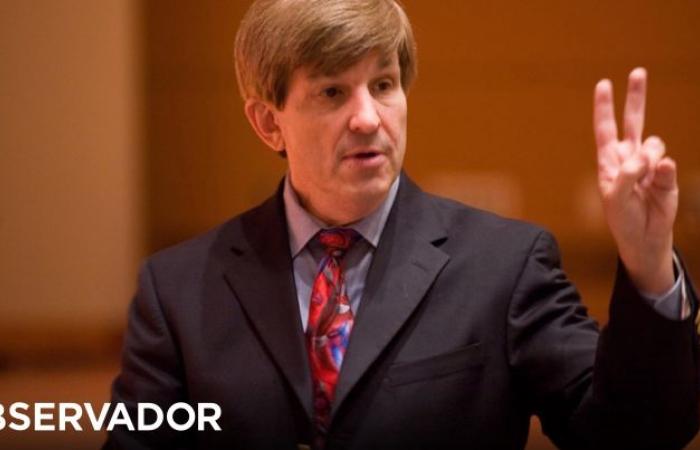 In 2016, American historian Allan Lichtman was one of the few to predict Donald Trump’s victory. Lichtman, who is even a Democrat, was criticized for his prediction, as all the polls pointed to the election of Hillary Clinton, but he did not budge and kept it until the end. It would turn out to be one of the few to get it right – and Trump sent him a letter: a photocopy of the news from The Washington Post with his prediction, signed by the President.

Through an innovative method he developed in the 1980s with a Soviet geophysicist (based on earthquake prediction), Lichtman has accurately predicted all US presidential elections since 1984. It was only in 2000 that there was a mishap: Lichtman correctly predicted , that Al Gore would be the candidate who would receive the most votes, but, for the first time in several decades, the winner of the popular vote did not win at the Electoral College (it was George W. Bush who won), which forced the historian to introduce this factor in your prediction – allowing you to hit Trump’s victory in 2016.

Lichtman’s method is different from most predictions. Instead of looking at the polls and the campaign, the historian analyzes the social dynamics and behavior of the Presidency and tries to conclude whether the conditions for maintaining power or for an exchange of parties in the White House are met – and does so through 13 questions of true or false. If six or more have “false” as an answer, the ruling party loses; otherwise, that party remains in the White House.

Can Americans believe in polls again? The reasons behind heavy trauma

In an interview with the Observer from Washington, DC, Allan Lichtman explains how he created the model and applies it to the 2020 elections. And he has no doubts: Joe Biden is going to be the next President of the USA. But this defeat by Trump was not evident a year ago. It was 2020, with the Covid-19 pandemic and the social turmoil caused by racial tensions in the United States, which reverted the forecast. Trump’s inability to respond to these crises by adopting a position of opposition candidate instead of a presidential one will cost the tycoon re-election, Lichtman guarantees.

Based on the method you created, we realize that you look at elections and forecasts differently than most people. What influences voters in a presidential election?
My forecasting method is that of the “13 Keys to the White House”, which has predicted elections correctly since I predicted Ronald Reagan’s re-election in April 1982, two and a half years before the election and during what, in the At the time, it was the worst recession since the Great Depression. My method ignores polls and commentators, it doesn’t look at the daily events of the campaign. Instead, it examines the fundamental dynamics that guide presidential elections. Presidential elections are essentially votes for or against the party that owns the White House. So the keys examine the strength and performance of the party in the White House. There are 13 keys. If six or more are against the White House party, that party is expected to lose. Imagine this: according to the keys, which have been right for almost forty years, it is governance, not campaign, that counts in the American presidential election.

Do you believe, then, that the polls are useless?
I don’t think the polls are useless. I am friends with many of those who take surveys and they do a good job. The problem is that polls are not predictors. We abuse them by considering them as predictors. Polls are instant portraits and these portraits change. How do we know they change? We do another survey, and so on, until we finally get to election day. Journalists depend on polls because they have to cover the election day after day. They can’t just say, “Here’s Lichtman’s prediction, see you in five months.” The other problem is that the error is much bigger than they say. They say that the margin of error is, for example, more or less 3%. This is purely a statistical sampling error. It is the margin of error that we would have if we took a sample of green balls from a huge jar with green and yellow balls. It does not take into account the error that arises from the error in the response of those who are contacted or the error in estimating potential voters, which will never be completely accurate. For this reason, polls have much higher margins of error than we believe.

These were the details of the news Interview. In 2016, Allan Lichtman was one of the few... for this day. We hope that we have succeeded by giving you the full details and information. To follow all our news, you can subscribe to the alerts system or to one of our different systems to provide you with all that is new.