The state treasurer has no replacement, and that will affect us... 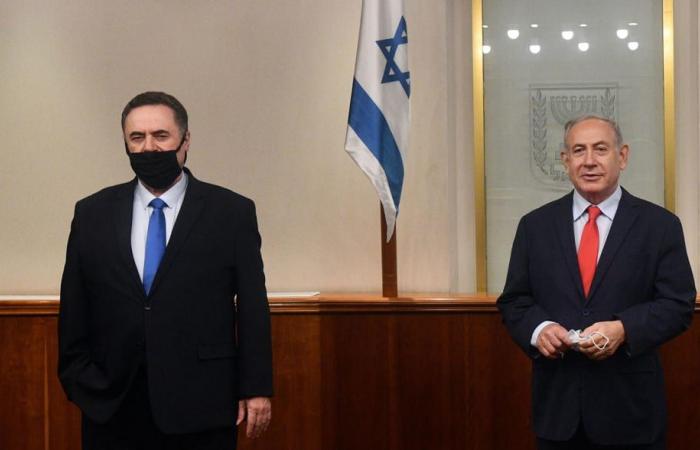 Retirement The Accountant General Roni Hezekiah Without a replacement, it is an unprecedented event in the history of the country, which will severely damage its day-to-day management. If no solution is found by the end of November, the state will have difficulty continuing to raise debt – which will make lowering the credit rating a real threat. The law’s prohibition on printing money is also expected to stand the test.

The Ministry of Finance now finds itself in a complex situation, with Hezekiah officially ending his position on Sunday this week, and the ministry’s legal adviser, Adv. Assi Messing, is demanding that Finance Minister Israel Katz immediately appoint a deputy to the position.

Against this background, Messing argued that the finance minister could not leave the post unmanned. According to one source, Messing even threatened to contact the attorney general on the matter and ask for his intervention.

Minister Katz’s office said in response that he considers the issue of appointing a permanent chief of staff to be of paramount importance for the proper management of the state budget and that he is working to ensure the government’s rapid approval of Rotenberg’s candidacy. Following this, the Minister turned to Attorney General Avichai Mandelblit in order to present the issue to him and consult him on ways to ensure the speedy appointment of the Knesset.

It can be said that for the first time in its history, the State of Israel Ltd. does not have a CFO. “I still hardly understand why a general accountant is not appointed,” said the retiring accountant general Hezekiah in private conversations, “but I do not understand at all why a deputy is not being appointed in the meantime.”

Finance Minister Israel Katz posted an angry post on his Facebook page on Saturday night, after opposition from the Blue and White Party prevented him from approving the appointment of CPA Yahli Rotenberg as Hezekiah’s successor on Sunday. In blue and white, the opposition to the appointment is justified by the fact that the Likud prevents Justice Minister Avi Nissenkorn from appointing a director general for the Ministry of Justice.

Katz argues that it is not possible to make an equal decision between the cases. “Preventing the appointment of a Accountant General in such a period is like preventing a Chief of Staff from the IDF,” the finance minister wrote, adding that “not appointing a Accountant General Government activity. ” The Ministry of Finance claims that, contrary to the appointment of the director general of a government ministry, the accountant general does not serve as a trustee and a person close to the appointing minister, and this will also seriously damage the functioning of the state.

Blue and White claim that even the non-appointment of a director general to the Ministry of Justice does not allow for a proper budget transfer. For example, the reforms that Katz intends to attach to the state budget under the Arrangements Law should pass the approval of the Attorney General and his staff.

Katz clarified in response to a request from “Globes” that he does not intend to appoint a deputy to Hezekiah, in contrast to previous cases in which he appointed a deputy, for example after the departure of budget commissioner Shaul Meridor and CFO Keren Turner. Katz’s entourage did not say what the reason for the decision was, but it seems that the motive is to put pressure on Blue and White to remove her opposition to Rotenberg’s appointment.

The resignation of Chachal Hezekiah, without his successor, puts the government in a difficult administrative problem. The first reason is that the Accountant General manages the state’s expenditures on a regular basis, in the absence of an approved state budget. 2021. Second, the law gives the Accountant General of the State of Israel exclusive powers. The Accountant General is the only one authorized, for example, to approve a tender exemption – and anyone familiar with the conduct of government ministries knows that a tender exemption is the norm, and full tender management is the exception.

But the most sensitive issue on the Accountant General’s desk is securing credit to fund government operations.

The pressure on the state to raise debt is rising

In the days when the government deficit is approaching NIS 190 billion, it seems impossible to overstate the importance of this role of the Accountant General.

Analysts and researchers who monitor the activity of the Israeli government in the sensitive field of raising credit sources are beginning to identify squeaks and problems. For example, in a review published on Sunday by the chief economist of Meitav Investment House, Alex Zabzhinsky, he warns that “the Treasury has too little cash, the financing needs continue to grow.”

Zabrzynski notes that in the coming month the Treasury has increased the volume of fundraising to a record amount of NIS 15.5 billion, even though the Bank of Israel has actually lowered its deficit forecast for the years 2020-2021. What could be the reason for this? “In our estimation, the government has too little money in the coffers in light of the expected needs,” Zabrzynski writes. An average ratio of about 80% that was in the last decade. “

Zabrzynski notes that in 2021 particularly high bond redemptions are expected in the amount of NIS 75 billion (compared with NIS 62 billion this year) and warns that from November to mid-2021 the government will be required to raise no less than NIS 153 billion gross consisting of necessities Financing the deficit until mid-2021 in the amount of NIS 96 billion, from bond redemptions in the amount of NIS 37 billion and an increase in the Treasury’s cash reserves of NIS 20 billion. “These needs require a monthly rate of raising about NIS 20 billion a month – volumes that are almost needless to say are unprecedented.

The main sources of credit for the Israeli government are non-negotiable bond issues, debt raising abroad and marketable bond issues in the capital market. As Zabrzynski points out, the state’s non-negotiable channel is already close to the 30% fundraising limit of institutional bodies. Raisings abroad are more expensive and more exposed to lowering the credit rating – which leaves all the weight of raisings on the shoulders of the Israeli capital market.

As is well known, the Bank of Israel has pledged to increase the volume of its government bond purchases from NIS 50 billion to NIS 85 billion – but the bank does not purchase the bonds directly from the government, because this constitutes printing money prohibited by law. As it seems today, this prohibition in this law is expected to stand the test soon.

The Treasury responded: “The Accountant General’s Department raises debt according to a regular annual fundraising plan, while managing the risk components inherent in debt raising such as turnover risk, liquidity, market and credit. Government debt fundraising will continue to be conducted according to the annual plan in a continuous and professional manner.”

These were the details of the news The state treasurer has no replacement, and that will affect us... for this day. We hope that we have succeeded by giving you the full details and information. To follow all our news, you can subscribe to the alerts system or to one of our different systems to provide you with all that is new.