The Turkish lira continues to crash and the end is not... 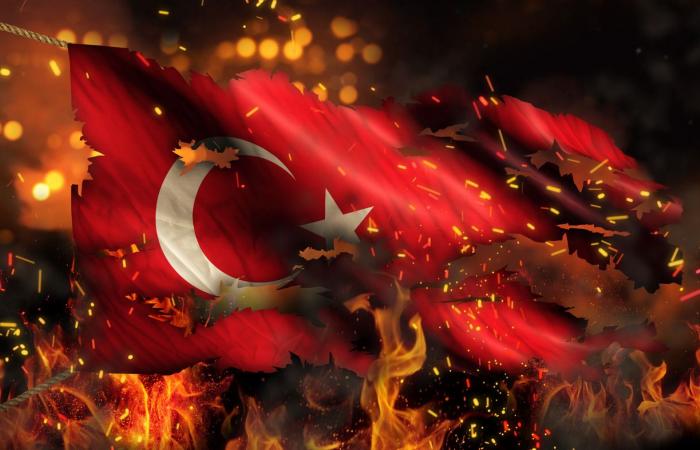 The situation in Turkey is not good and that is to say the least. The story that demonstrates how Turkey is becoming more isolated, at least for the West and its NATO allies, was the US administration’s decision last week to sell a fleet of evasive F-35s destined for the Turkish Air Force, specifically to their traditional rival, Greece. Against the Russian missile, S-400, which is considered the terror of the Western Air Force.

If you want to specialize in the capital market and have a big head and motivation, you can suit us.

The job can be part-time; Flexibility in working hours; Work from home too

Priority (optional) for writing experience and basic knowledge of the capital market.

Tensions between the two countries led to the Turks penetrating Greek territorial waters in an attempt to find gas, which led in principle to 2 parallel processes. The first is an arms race, the second is the West’s siding in Greece against Turkey. It turned into a media confrontation between Erdogan and French President Emmanuel Macron, whose country is a longtime supporter of Greece. Last week Macron brought back the French ambassador from Turkey after Erdogan called the French president “crazy to be looked at”.

On the Israeli side, quite coincidentally, Israel and Turkey have become a kind of ally, given the fact that President Recep Tayyip Erdogan supports Azerbaijan – a longtime ally of Israel – in the developing conflict between it and Armenia; Known as enemies of the Turks and accusing them of genocide in the last century. But that pretty much sums up almost the entire relationship between Jerusalem and Ankara these days.

The cumulative Western back turn against the Turks, lowers the sentiment of investors in Turkey, as it is reflected in the Turkish lira that continues to crash. The depletion of the country’s foreign exchange reserves is the first reason, the lack of political willingness to help the outcast country, it is a blow that will make it difficult for Erdogan Turkey to recover from it.

The only thing holding up now despite the Central Bank’s efforts is cash flows from Qatar, which is using Turkey and its military as a deterrent against Saudi Arabia, after the latter severed relations with the princesses in the Arab Gulf. The Qataris who remain isolated – after Saudi Arabia dug a canal between the two countries – are saving Turkey financially. Erdogan tried to argue that there was a significant gas discovery, the market was not impressed.

“US elections affect the pound”
“The depreciation of the Turkish lira beyond 8.0 Turkish lira to the US dollar represents a devaluation of about 25% against the dollar since the end of 2019. If the pound ends the year around this level, it will be one of the biggest falls of the currency in the last twenty years,” they stated. In the research division of Bank Leumi.

“The upcoming US elections have apparently contributed to the weakening of the Turkish lira and the Russian ruble. By comparison, while the Mexican peso has been in focus ahead of the 2016 election, tensions between the U.S. and Mexico have eased considerably since then.

“The emphasis this year has shifted to Turkey and Russia, countries that are seen as potential targets for sanctions or international pressure even under the Biden administration and the growing chances of Biden and the Democrats to win the election have contributed to the weakening of these currencies.”

The bank also noted that “the basic factors that weigh on the pound are likely to continue regardless of who wins the US election.” The risk of sanctions and economic pressure comes from the EU at least as much as from the US. In addition, Turkey’s financial system is extremely fragile and relies unbalanced on foreign currency financing.

“Combined with the current account deficit of the balance of payments, this makes the Turkish banking system particularly vulnerable to fluctuations in global risk sentiment. The degree of fragility of the Turkish central bank seems more limited than ever. In this situation, despite high inflation, There is room for the pound to fall even more. ”

These were the details of the news The Turkish lira continues to crash and the end is not... for this day. We hope that we have succeeded by giving you the full details and information. To follow all our news, you can subscribe to the alerts system or to one of our different systems to provide you with all that is new.