Ivory Coast: Alassane Ouattara in the lead with 99% of the... 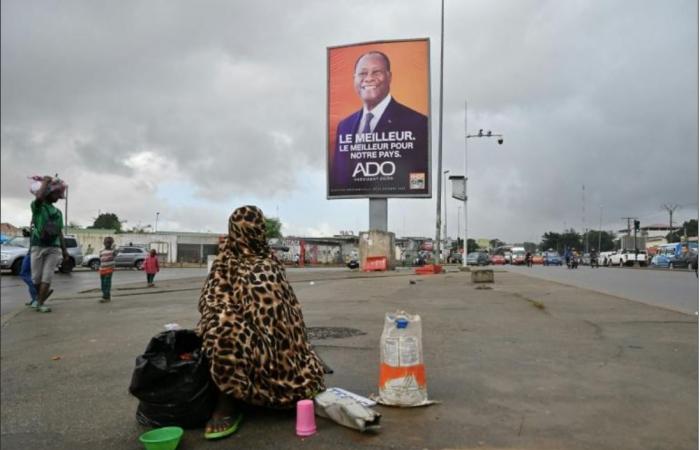 In Côte d’Ivoire, the Electoral Commission gave, Sunday, November 1, President Alassane Ouattara in the lead in each of the first 20 departments where the counting of the presidential election the day before took place. Alassane Ouattara, 78, won 99% of the vote in eight of these departments, which are mostly strongholds of his camp.

The stake in these elections remains, however, the turnout, due to the call for a boycott launched by the opposition. Denouncing an illegal third term for the president, the PDCI of President Henri Konan Bedié and the FPI of Pascal Affi Nguessan both called for a boycott without withdrawing their candidacies in this election which recorded clashes in the strongholds of the opposition. Thirty deaths are to be deplored from the start of the electoral campaign until Sunday.

Pascal Affi N’Guessan said that around thirty people had died since Saturday, without further clarification. He added that the turnout was less than 10%. “” The opposition calls from this moment to general mobilization to block this dictatorship, “he said at a press conference.

These were the details of the news Ivory Coast: Alassane Ouattara in the lead with 99% of the... for this day. We hope that we have succeeded by giving you the full details and information. To follow all our news, you can subscribe to the alerts system or to one of our different systems to provide you with all that is new.