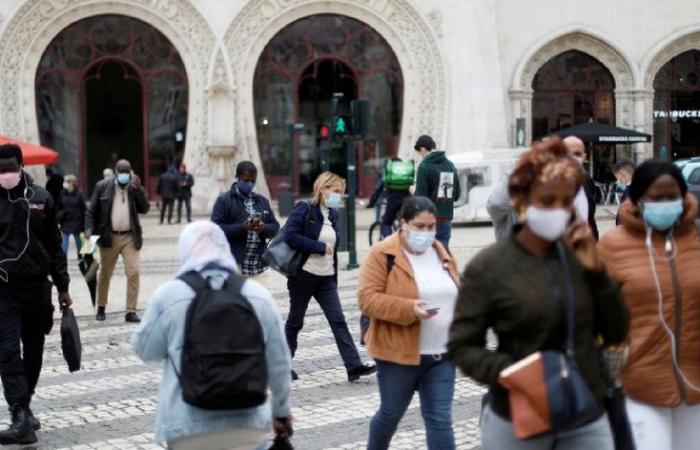 Just over a week ago, on October 22, Portugal had 262.8 infections per 100 thousand inhabitants. The number, as always happens, was based on the 14 days prior to its release.

This figure reflects the reality that led the Council of Ministers to decide to apply tighter measures in 121 municipalities in the country.

António Costa explained, at the end of this extraordinary meeting, on Saturday, that the Government adopted precisely the criterion of the European Center for Disease Control according to which, in situations where there are at least 240 cases per 100 thousand people in the previous 14 days, there is an increased risk – situation in which the 121 Portuguese municipalities are.

But it was not just the number of SARS-CoV-2 infections that experienced a substantial increase in the last week in Portugal. According to ECDC, on October 31 the number of deaths per 100 thousand inhabitants in the country was 3.1, when nine days earlier it was 1.9.

Portrait of the situation in Europe

The Portuguese situation is not, however, exclusive.

With the exception of Ireland and Cyprus, which now have fewer deaths per 100,000 inhabitants, there was not a single country on the list to register fewer cases or deaths on October 31 than it did a week ago. Some, moreover, more than doubled the number of infections.

In total, according to the most recent ECDC figures, since the beginning of the pandemic, Europe has accounted for about 7.2 million infections (of which approximately three million people have recovered) and 219 thousand deaths due to Covid-19.

These were the details of the news Covid-19. Infections per 100 thousand inhabitants almost doubled in Portugal... for this day. We hope that we have succeeded by giving you the full details and information. To follow all our news, you can subscribe to the alerts system or to one of our different systems to provide you with all that is new.