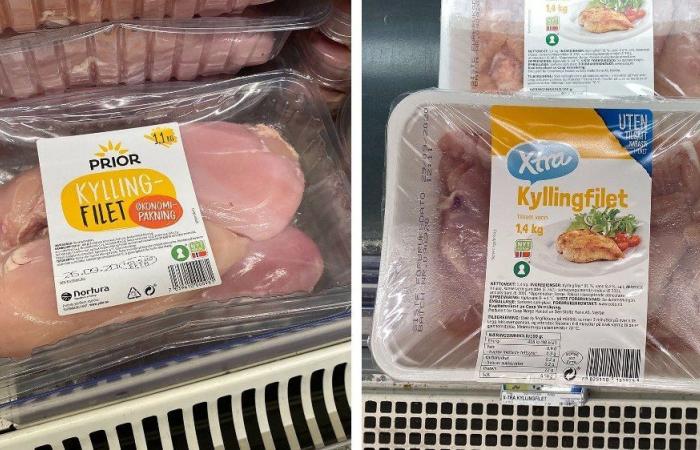 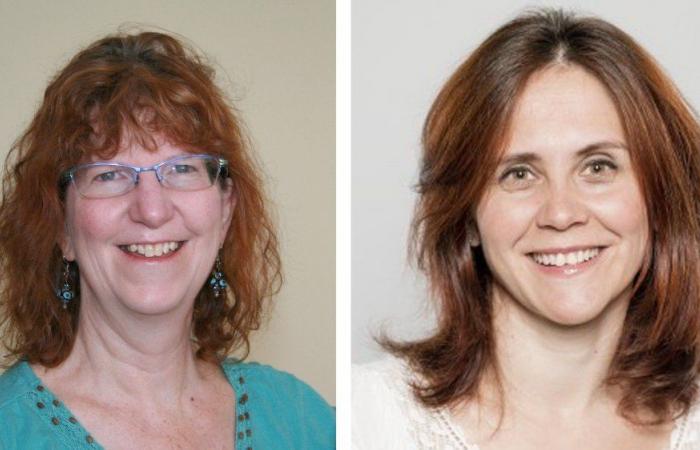 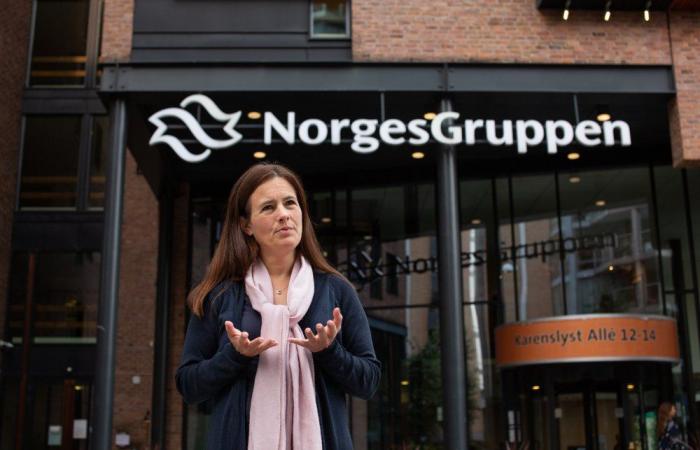 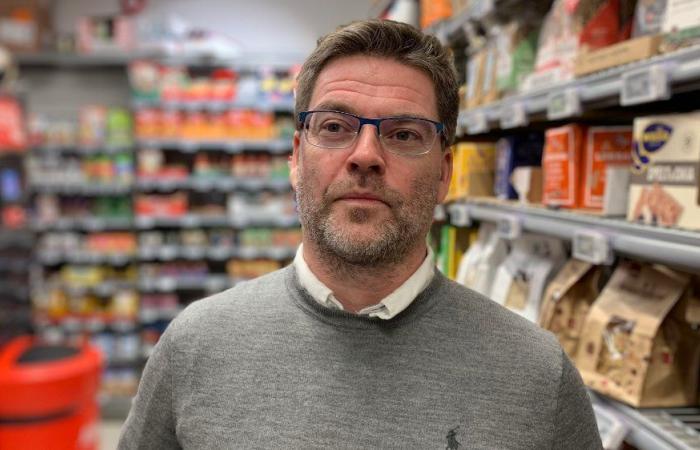 Norwegian researchers believe that the chicken for Coop and Kiwi has poor animal welfare. Animal welfare organization thinks they should get it out.

A new study shows that fast-growing broilers, from which both the producers Prior and Den Stolte Hane sell chicken meat, have it worse than slow-growing chickens, such as the Solvinge chicken for Rema 1000.

The type of fast-growing chicken the mentioned producers use is of the type Ross 308. Chicken meat from this type is sold at both Coop and Norgesgruppen, and Niklas Fjeldberg, campaign manager at Anima, thinks this is very reprehensible.

– The turbo chicken should be phased out. It has become a shame in chicken production, and it is unfortunately impossible with good animal welfare with this type. The grocery chains can not just push the responsibility over to consumers, he says to Nettavisen.

Earlier this autumn, Live Kleveland, communications manager and founder of the Animal Welfare Alliance, also criticized Coop and Norgesgruppen for selling chicken meat from this breed. She thought that the Hubbard chicken, which is used by Solvinge and sold by Rema, is better than Ross 308.

Rema’s Solvinge chicken, on the other hand, was criticized by Noah leader Siri Martinsen, because she believed that the breed Hubbard – which Solvinge uses – is not better than others.

The results of the new study we are going to talk more about here are published in the British scientific journal Scientific Reports. However, the researchers of the new study do not focus on specific breeds such as Ross 308 and Hubbard, but on fast-growing or slow-growing breeds.

Also read: Argue so the feathers flutter about which chickens are best before they are eaten

The chicken gets in trouble

Fjeldberg in Anima says that Ross 308 is genetically bred for extreme growth, and it therefore does not help if the farmers do everything right, because there will still be an unacceptable level of animal welfare.

The Animal Welfare Alliance writes on its website that Ross 308 “is bred to have abnormally fast growth – so fast that the little chickens can have both bone problems and heart problems as a consequence” and believes that the breed should thus be phased out.

– About 20 percent of this chicken breed gets severe lameness, which in some cases means that they end up starving and thirsty to death, says Fjeldberg in Anima.

Fjeldberg says that, according to a new Norwegian study, it was shown that over nine out of ten chickens in Norway can not walk normally.

– Beyond that, it is known that the animals get sores on the legs, breathing problems and water in the abdomen. The health problems almost explode, when the growth becomes so extreme, he says.

– Muscle diseases also mean that the meat is of poor quality, and the slaughterhouse has to throw away some meat. This in turn leads to food waste, says Fjeldberg.

– Increased need for a lot of cheap meat has led to the breeding of fast-growing broilers, which produce more meat, but also faster and more efficiently, than traditional chickens. This makes production more profitable than with traditional breeds, Vas and Newberry write in an e-mail to Nettavisen.

Breeding chickens with too much muscle can, however, have consequences for welfare, measured based on health and behavior.

The aim of the observational study was to evaluate the welfare of broilers, which are broilers that are industrially bred for meat. However, the researchers did not focus on the different types of breeds, but examined the relationship between growth rate and welfare indicators.

The study concludes that slow-growing breeds are healthier, are more active and have a behavior that shows signs that they have better animal welfare than fast-growing breeds.

– Fast-growing breeds, such as Ross 308 are categorized as, have previously been reported to have poorer welfare where there is higher animal density, ie when comparing density in the range from 30 to 38 kg / m2, the researchers explain.

– Has refused to relate to it

Kleveland in the Animal Welfare Alliance says that they are aware of the new research. She says that the study confirms previous research on the topic, and refers to an article reproduced in the EFSA Journal.

– There are also several other studies from recent years that also indicate that fast-growing breeds, such as Ross 308, have problems with health and welfare, she says.

Kleveland points out that the grocery chains that sell this type of chicken have not taken any action.

– Norgesgruppen and Coop have so far refused to deal with international research, and refer to the goods suppliers Nortura and Den Stolte Hane. Nortura claims that they can point to better figures, but has so far not presented these figures publicly, she says.

Will have consequences for manufacturers

Kine Søyland, head of communications at Norgesgruppen, answers what she thinks about the criticism from Fjeldberg and Kleveland, as well as the results of the study.

She thinks it is good that the Animal Welfare Alliance, Anima and others are concerned about the best possible animal welfare, and says their input is also important for Norgesgruppen and their chains.

– We have a good dialogue about animal welfare measures with our suppliers of chicken, and we experience that they work well with measures for continuous improvement of animal welfare in standard chicken production, she says.

However, Søyland points out that a possible replacement of the breed in all standard chicken production in Norway is a decision that will have major consequences for the producers and suppliers involved.

– Therefore, this decision should be controlled by the poultry industry and the chicken suppliers, in accordance with current requirements and expectations from the Norwegian authorities / the Norwegian Food Safety Authority, she says.

Søyland also points out that Norgesgruppen’s chains do not only sell meat from fast-growing broilers.

– They also sell products from smaller suppliers with chicken from slower-growing breeds, including Hovelsrud, Gårdsand and Holte gård. These are great small-scale producers who provide good choices, she says.

Nor does Coop Norway have plans to change the chicken breed immediately.

– We consider hybrid change as irrelevant as of today. This can of course change, but our supplier considers the Ross 308 to be a sustainable hybrid that works well, explains communications manager Harald Kristiansen.

He also points out, like Norgesgruppen, that the chain has several alternatives for consumers, and at Coop it is through the brands Gårdsklekket and Änglamark. Both use a slower-growing hybrid for the production of chicken meat.

Coop’s response is based on several factors.

Kristiansen points out that the important animal welfare discussion is about much more than just race or hybrid.

– All hybrids, breeds, populations have their specific advantages and challenges. Good animal welfare is first and foremost about taking care of the animals in a good way. They need good care, a good environment in the chicken house and a breeder with good competence in welfare and operation, he says.

Kristiansen also reacts to the statements of the Animal Welfare Alliance, as he says it is not correct that Coop has not implemented measures. He points out that they, in collaboration with their main supplier, Den Stolte Hane, were the first to introduce requirements for environmental enrichment in all chicken houses.

– Of course, this does not mean that there is no potential for improvement, and we will continue the work for better welfare and health in chickens, he says.

At the same time, Kristiansen says that everyone who delivers chicken to Coop participates in the Animal Welfare Program for broilers and in the Quality System in Agriculture. This should have given a boost to the welfare of the chickens.

– We experience the criticism from Anima as at best unvarnished, and react to the formulations used, he says.

Will contribute to improved welfare

Newberry and Vas write to Nettavisen that regardless of breed, there have already been improvements in chicken welfare in Norway. This is due to improvements in breeding, equipment, health and herd management.

– We see better foot health now than before, and some types of bone problems that we have seen before are now unusual.

The researchers say they hope that the findings in their study will contribute to continuing to work for the welfare of chickens.

– We also believe that welfare is not only about reducing health problems, but also about promoting positive aspects of quality of life. Therefore, our new study included measures for positive welfare, such as play, exploration, comfort and safety in addition to assessing levels of health problems, the researchers say.

These were the details of the news Grocery, Coop | Coop and Kiwi get refs for chicken... for this day. We hope that we have succeeded by giving you the full details and information. To follow all our news, you can subscribe to the alerts system or to one of our different systems to provide you with all that is new.