OCTOBER says goodbye with LUNA AZUL; these are the astronomical... 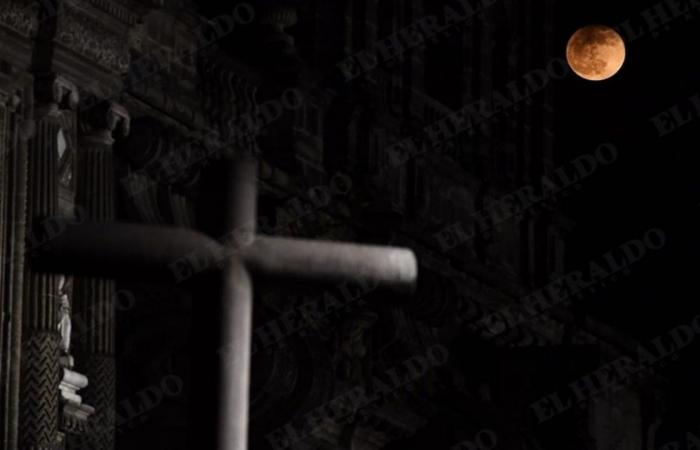 To say goodbye to this month of October, the Moon will give us an incredible fenmeno astronmicor one of a kind, it is the Blue Moon of Halloween, which is related by many people with a very important energy date.

A blue moon is a fairly rare phenomenon that involves the appearance of an additional full moon within a given period, the oldest meaning defines this moon as the third full moon in a season that has four full moons. The so-called seasonal blue moon occurs approximately every 2.5 to, according to NASA.

Well be in the Witches Day, which only happens once every two to five years, but on an October 31st only once every 19 years, which means that the next Halloween full moon will not appear.ta 2039 And what is the perfect way to say goodbye to this month of October and to be able to welcome the month of November, a month that will be full of fless astronomicals.

How to see the Blue Moon?

The beautiful astronomical phenomenon will be visible throughout the night of next Saturday, October 31, since our satellite appears on the horizon and end with sunrise on November 1. Seeing a blue moon on October 31 occurs only once every 19 years, which means that the next Halloween full moon won’t appear until 2039.

Just look up at the sky, where the Moon is in its full Moon phase shining with all its splendor and beauty, preferably look for a place where the clouds do not interfere with the show.

The shooting stars popularly known as Halley’s tears will appear in the sky of the October 2 to November 7 In both hemispheres, this year will be a good time to observe the Lenidas. Although it is a meteor shower of an irregular nature.

These meteors will reach their maximum intensity on the night of Nov. 16, a day that has good lunar conditions, since it only emits 7.2% of its light, according to the specialized agency.

Meanwhile he November 11th There will be a transit of Mercury in front of the Sun that will not be repeated until 2032, it is a very difficult event to witness, unlike eclipses, which occur twice a year.

This anomaly has to do with the orbit characteristics, which is very eccentric and inclined; however, 13 times every century and always in the months of May and November the Sun, Mercury and Earth align.

For his part, November 13, Mars will shine brightly thanks to its opposition, phase in which it is aligned with the Sun and the Earth. Also in November there will be a eclipse penumbral, when the Moon is completely submerged in the penumbral cone of the Earth.

In this way, the phenomenon will begin November 30 at 8 hours and 31 minutes and finish at 12 hours and 49 minutes. However, the National Geographic Institute of Spain points out that it will only be visible in Asia, Oceana and America.

These were the details of the news OCTOBER says goodbye with LUNA AZUL; these are the astronomical... for this day. We hope that we have succeeded by giving you the full details and information. To follow all our news, you can subscribe to the alerts system or to one of our different systems to provide you with all that is new.