Macron denounces “manipulations” of his … 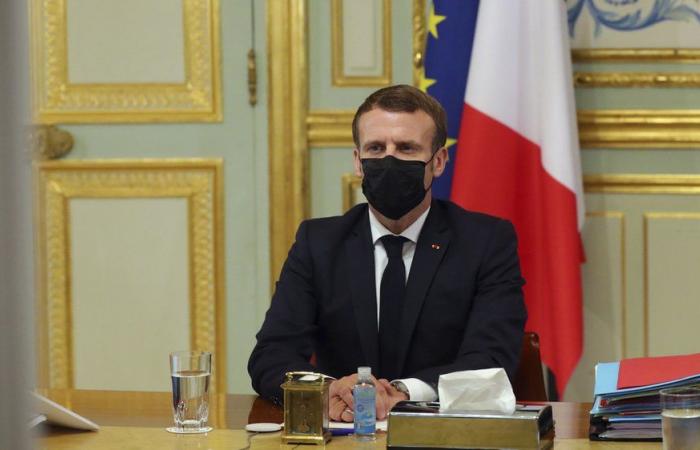 Emmanuel Macron tried to appease the anger that is mounting in the Muslim world by ensuring that he understood, in an interview with the Al-Jazeera channel, that Muslims could be “shocked” by the cartoons of Muhammad. However, he denounced the “manipulations”.

“My role is to calm things down” but also “to protect” freedom of expression in France, explains the Head of State in a long interview lasting nearly an hour. It was broadcast, dubbed in Arabic, by the Qatari channel, much watched in the Middle East and the Maghreb.

He regrets the “misunderstandings” and “a lot of manipulation”, “sometimes by political and religious leaders”. They are, according to him, at the origin of calls to demonstrate and boycott French products in several Muslim countries, from Pakistan to Mali via Qatar.

This “unworthy” and “inadmissible” anti-French campaign is based, according to him, on the fact “that people understood that I was in favor” of the cartoons of Mohammed published in the press, in particular by the weekly Charlie Hebdo , he believes.

“Our freedoms, our rights”

Protests erupted in reaction to his statements defending the right to cartoon in the name of freedom of expression, after the beheading on October 16 by an Islamist of a French teacher. He had shown his students caricatures of the prophet of Islam, in the midst of the 2015 Charlie Hebdo attack trial.

“I understand that we can be shocked by caricatures, but I will never accept that we can justify violence. Our freedoms, our rights, I consider that it is our vocation to protect them”, affirms- he. This interview was recorded the day after a new attack, committed by a 21-year-old Tunisian who killed, with a knife, three people in a church in Nice.

The press is free

In the interview, Emmanuel Macron returns at length to the importance of the principle of secularism, “this complicated term which gives rise to so many misunderstandings” and which “makes France a country where we want everyone to be a citizen regardless of his religion “.

“Contrary to what I have heard a lot in recent days, our country has no problem with any religion”, and in particular Islam, he says, while he has been presented as “an enemy of God “by protesters in East Jerusalem on Friday.

Detailing the “foundations of the Republican model,” he also cites press freedom, stressing that the cartoons were not published at the initiative of the government but by “free and independent newspapers.” The cartoons mock “political leaders,” he “the first, and that’s normal, and all religions,” he said.

“It does not mean that I personally support everything that we say, that we draw,” he underlines. “In many countries which have called for a boycott of” French products, “there is no longer a free press, that is to say, there is no longer any possibility of caricature, not just the prophet or God or Moses, but the very rulers of the country, ”he points out.

Reverting to this right in France would amount to “establishing” a “form of moral or religious order”, warns Emmanuel Macron. He regrets that “many countries in the world” have “renounced freedom of expression in recent decades because there have been controversies, by fear, by the chaos of reactions”.

Reacting to the Nice bombing, Canadian Prime Minister Justin Trudeau defended freedom of expression on Friday. He felt, however, that it was “not without limits” and should not “arbitrarily and unnecessarily hurt” certain communities.

For his part, the Indonesian President, Joko Widodo, at the head of the largest Muslim country in the world, spoke out on Saturday against freedom of expression when it “hurts the honor, the purity, and the sanctity of values and religious symbols “. Islam, in its strict interpretation, prohibits any representation of Muhammad.

Among the most critical leaders is Turkish President Recep Tayyip Erdogan. He promised to react after the publication of a Charlie Hebdo cartoon depicting him in underwear, beer in hand, and lifting the dress of a veiled woman.

Asked by Al-Jazeera about his strained relations with him, Emmanuel Macron said he hoped that “things would calm down” but that “the Turkish president had to respect France, respect the European Union, respect its values, not tell no lies and do not use insults “.

These were the details of the news Macron denounces “manipulations” of his … for this day. We hope that we have succeeded by giving you the full details and information. To follow all our news, you can subscribe to the alerts system or to one of our different systems to provide you with all that is new.