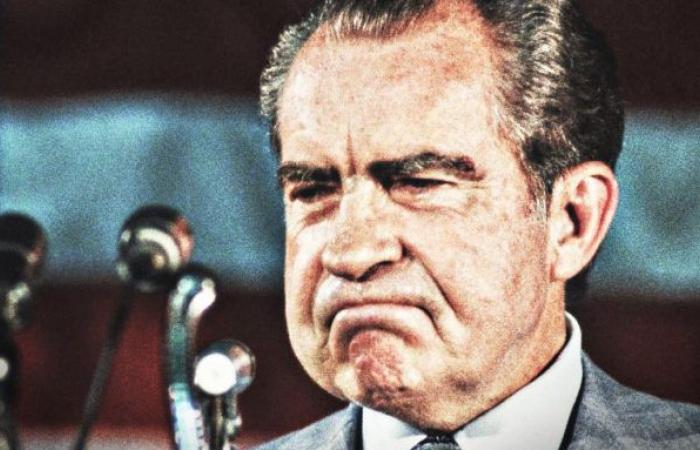 On July 4, 1776, the United States became the first nation in America to gain independence from Europe. Since then, only one president has resigned from office. Richard Milhous Nixon made history on August 8, 1974, overwhelmed by the watergate scandal.

“I hereby resign as President of the United States.”, read at the beginning of the official note that the Secretary of State received at 11.35 am, Henry Kissinger. Hours before, his own Nixon he had surprised the nation with a televised message.

Watergate, an investigation based on leaks to the press by Daniel Ellsberg, a former Pentagon official, unveiled a plot of illegal wiretapping, including within the White House itself. This caused public opinion to turn against Nixon.

Historian Tomás Purroy Omenat pointed out that the Republican made that decision to avoid a political trial that would lead to his departure from the White House, prior approval of the House of Representatives and the Senate.

“Nixon did not resign voluntarily, but was forced to do so by not having the necessary support to avoid a successful impeachment in the chambers, nor with popular support,” he recalled.

Spying on the National Committee office of the then opposition Democratic Party, located in the Watergate Complex, sentenced the Republican’s political career.

“To serve in this office is to have had a deep sense of patriotism with each and every one of the Americans,” the president said in his last speech. “The grace of God be with you in all the days to come,” he added.

Gerald Ford assumed command and subsequently exonerated his predecessor for participating in the scandal of Watergate, but Richard Milhous Nixon was marked as the only president in the United States who resigned.

“In the US it is very difficult for a president to be overthrown. In a presidential system like his, this figure has immense power and is practically untouchable, ”said the specialist.

2020 elections in the United States

This weekend was the last before the elections on November 3, in which President Donald Trump will seek re-election before the Democratic candidate Joe Biden.

Both were in key states in an attempt to strengthen their options, a few days before an election marked by early voting as a result of the pandemic.

Text to fill out

*The article has been translated based on the content of Source link by https://larepublica.pe/mundo/2020/10/31/richard-nixon-el-unico-presidente-que-ha-dimitido-a-la-presidencia-de-ee-uu/
. If there is any problem regarding the content, copyright, please leave a report below the article. We will try to process as quickly as possible to protect the rights of the author. Thank you very much!

These were the details of the news Richard Nixon, the only president to resign from the US presidency. for this day. We hope that we have succeeded by giving you the full details and information. To follow all our news, you can subscribe to the alerts system or to one of our different systems to provide you with all that is new.