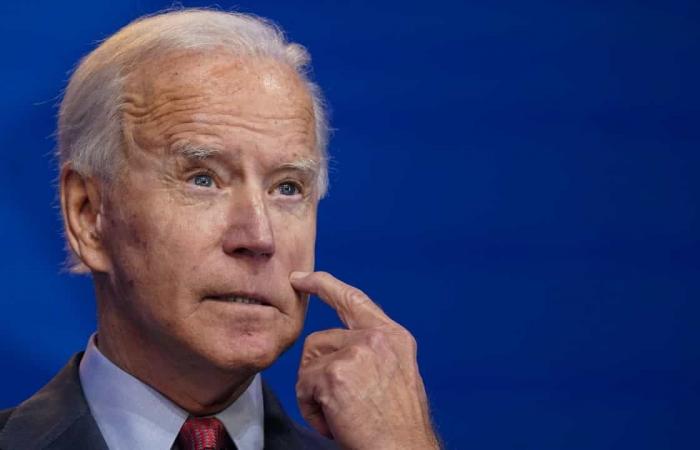 “He (Joe Biden) is my friend and was my neighbor in this neighborhood, “Tom Owens, owner of the bar” Hank’s, told Lusa. Hoagies” gives WoodLawn St. in the Catholic neighborhood of Greenwich, Scranton, not far from the city center.

For ten years, the bar owner has kept a portrait of a smiling Joe Biden, cut to life size, next to the door, in addition to the immense political memorabilia stored in shop windows and newspaper clippings from all past campaigns in which the former vice president of Barack Obama e current candidate for the White House by the Democratic Party.

“He lived here when he was a child and when he comes to the city he always comes to visit me. He usually orders an ‘Italian sandwich’,” adds Owens without removing his sanitary mask. protection against pandemic.

“I hope Joe (Biden) win the elections on Tuesday, but we have to wait “, says the trader behind a stove in which he grills meat and warms bread.

Joe Biden, the eldest of four brothers from a Catholic family of Irish origin, lived in the industrial city of Pensilvânia 190 kilometers west of New York, until the age of ten, when his father was forced to move to Delawere for economic reasons and later became a successful car dealer.

Where he grew up Biden references to the Democratic Party’s “high principles” abound, says the candidate’s friend.

Mitchell organized miners’ strikes in various parts of the United States and forced President Theodore Roosevelt to sit at the negotiating table – which took place in Stranton, in March 1903 – getting the unions to approve the eight-hour working day and the minimum wage at the federal level for the first time.

The sculpture is in front of the building of the Court of Stranton, where the historic labor negotiations took place.

Around the square there are two Catholic churches and an Orthodox (Russian) church as well as a hub at the University of Scranton, a higher education institution founded by Jesuits within the Pensilvânia.

“They are different people: Biden he is a Catholic and knows the history of rural workers. Trump is ‘vaguely’ evangelical and the son of a New York real estate millionaire (…). Only then do the differences begin, “says James C. Penn, a native of Scranton and supporter of the Democratic Party.

The last president of the Câtimes of Scranton was from the Republican Party, breaking the tradition of mayors Democratic Party and the autarchy has been led since janeiro by Paige Gebhardt Cognetti, an independent that integrated the administration of Barack Obama in the Department of the Treasury and then as an advisor to the Under Secretary for International Affairs, especially for issues related to relations with the People’s Republic of China.

A poll published in the city on Friday indicates that Biden gets 50.2% of the votes in the state of Pensilvânia and Donald Trump 45.1% but the numbers are contradicted by other surveys and change every day, forcing candidates to travel to various points in the region in straight end of the campaign.

Predictably, Donald Trump e Joe Biden have both actions campaign at various points in the Pensilvânia during this weekend, precisely because of the votes of the undecided voters of the state.

In one of Scranton’s entrances, “Electric City”, where the Democratic Party’s candidate for the White House was born, a huge billboard appeals to Democratic voters to vote in person.

There is return from the hometown of Biden, surrounded by mountains in the distance, there are many factories and power plants electrical abandoned and a railway line practically dismantled.

A pandemic from covid-19 forces most shops to close earlier.

As stores close a plane over the city with an announcement that calls for voter turnout on Tuesday in presidential elections in which there are no certainty about the results.

These were the details of the news Scranton, Joe Biden’s “electric city” for this day. We hope that we have succeeded by giving you the full details and information. To follow all our news, you can subscribe to the alerts system or to one of our different systems to provide you with all that is new.