US Elections: How It Can Affect European Lives 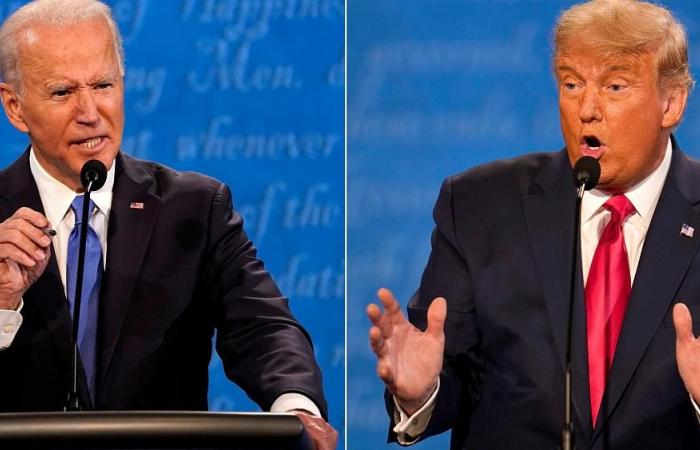 Donald Trump defined the 2020 presidential election as “the most important election in US history,” but its effects will be felt on this side of the pond as well – and not just at the highest political level.

Trump’s politics over the past four years has affected both the pockets and the most intimate spheres of millions of Europeans.

On the one hand, many EU workers have suffered significant income losses as a result of the trade war between the EU and the US.

On the other hand, unknown but influential lobby groups with ties to the US government are waging a struggle to undermine basic human rights for women and LGBT communities.

“The policies of the Trump administration have affected the lives of European citizens in a number of dimensions, from students who find the US a less welcoming environment and more restrictive visa policies to higher prices due to tariffs,” said Gustavo Flores-Macias, Government professor at Cornell University said.

President Trump’s trade wars – triggered by subsidies for major airlines, Boeing and Airbus – have resulted in new tariffs of EUR 6.9 billion on European goods: planes, steel, oil, wine and cheese. But even if European countries “retaliate by imposing their own tariffs on US imports, the ability of Europeans to buy American goods – agricultural products, beverages, textiles, motorcycles – is diminishing,” added Flores-Macias.

Francisco Vañó is one of the European citizens hardest hit by Trump’s government.

He is the managing director of Castillo de Canena, a small olive oil producer of extra virgin olive oil from Jaén in the southern region of Andalusia. The company has been exporting to the US for 15 years, but the 25 percent increase in taxes decided by the Trump administration left it less profit for every bottle of oil produced.

“If you can’t resist the pressure to cut margins and leave a restaurant or supermarket chain, someone is taking your place and it’s very difficult to get back in – especially after all the efforts of these years.”

According to Reyes Maroto, the Spanish Minister for Industry, Trade and Tourism, the loss for the Spanish agricultural sector between November and May is estimated at around EUR 200 million compared to the same period last year.

Rafael Pico Lapuente, General Director of the Spanish Association of the Olive Oil Exporting Industry and Spanish Trade (Asoliva), estimates that around 180,000 tons of olive oil from Spain have not been marketed in the USA since the tariffs came into force.

The producers hardest hit are the small ones, as large companies have avoided tariffs by sourcing from other countries such as Portugal, Morocco or Tunisia.

“It is particularly unfair because it is a battle between two big companies and we pay for it, the small and medium-sized producers of oil, wine and cheese,” said Vañó.

“With this 25 percent tax, Donald Trump has created a price difference for our wines that is particularly considerable under these difficult health conditions,” said Aubert Lefas, winemaker in Pommard, a village in the heart of the Burgundy vineyards. said.

In one of the three most famous French wine regions, winemakers believe that the result of the US presidential election could have a decisive impact on their lives.

The USA is the leading export market for Mr. Lefas. But Trump’s tariffs have caused US sales to drop by a fifth over the past year.

“Personally, I will be happy that a Democrat is elected because he is more in keeping with the French way of life, the way we work. But I’m not at all sure that there will be a simple change of president. “Changes the tax system,” he continued.

Whether or not the Democratic candidate, former Vice President Joe Biden, will end the trade war was not made clear in the campaign.

As with French winemakers and Spanish olive oil producers, Professor William Lucas Scott of American Studies at the University of Birmingham has a hard time making a clear connection between Trump’s policies and their impact on Europeans’ daily lives – even if he does the math, there is one.

“We are long past the point – if there was one – of ‘US leads, we follow’. But I think Trump deeply wounded Europe and the international community, just as he damaged the US system […] also by giving up any respect for human rights. ”

An OpenDemocracy investigation found that Christian rights groups in the U.S. affiliated with the Trump administration have spent at least $ 88 million since 2007 to enforce LGBT and abortion rights in Europe. More than a third has been received since 2015.

In October, the Polish Constitutional Court ruled that abortions due to birth defects – a large part of all legal dismissals – are unconstitutional.

Behind this ruling hides the shadow of one of those ultra-conservative groups, the European Center for Law and Justice (ECLJ), who put forward arguments for the new abortion restrictions.

ECLJ is led by Trump’s personal attorney Jay Sekulow and works in close contact with another conservative group, Alliance Defending Freedom (ADF), known in the US as a hate group.

“They are lawyers. Both ECLJ and ADF in Europe are essentially looking for cases like the Polish one to improve their skills in strategic litigation with the aim of undermining women and LGBT rights, ”said Neil Datta, Secretary of the European Union Parliamentary Forum on Sexual and reproductive rights said.

“Their main weapon is the freedom of religion argument: they are not saying that they are against LGBT rights, but that they are for religious freedom,” he added.

While on our side of the pond social issues like contraception, abortion, and LGBT rights are the result of state legislation, in the US, all advances in these areas are opposed at the Supreme Court level.

“These groups have five decades more experience of debating social issues in court, while in Europe we don’t have that tradition and skills,” noted Datta.

But Poland, where these groups have publicly backed the government against the European Commission in their ongoing dispute over “LGBT ideology-free” zones, is not alone.

In Romania, they argued that the term “spouse” should include non-same-sex partners married abroad for the purpose of granting residence rights to non-EU citizens. In France they filed pleadings against trans rights. In the Balkans, they came up with reports calling on Bosnia and Herzegovina to tighten the already restrictive abortion laws. In Austria and Italy, they fought in court cases for same-sex adoption and same-sex marriages.

These examples of legal proceedings in which the ECLJ and ADF actively participated have been passed on to Euronews by Open Society.

Sometimes the ECLJ and ADF win in court, sometimes they lose. For example, the ECLJ once regretted the decision by the European Court of Human Rights not to take up the case of two Swedes who tried to bring Swedes to court for refusing to work as midwives. The two women refuse to have abortions for religious reasons.

However, critics argue that their ultimate goal is to establish themselves as an institutional partner and create a legal entity that can be referred to when discussing similar cases in both Europe and the US.

Just as ECLJ is directly linked to Trump through his personal attorney, the ADF’s new CEO was invited to the White House to mark the appointment of Amy Coney Barret to the US Supreme Court.

Justice Department spokeswoman Kerri Kupec has been with ADF since 2014.

The group recently celebrated the proposal to name a shared lake between Serbia and Kosovo after President Trump.

Lobbying in the areas of EU power

As Datta confirms, the ECLJ is very active in the Council of Europe, the leading human rights organization on the continent. According to EU records, ADF has seven lobbyists in Brussels and spends up to 300,000 euros annually on lobbying the block.

“People who train them in Europe are generally against gender, abortion and LGBT. They train them to fundraise and influence the political process, ”Datta told Euronews.

Since Trump is not known as a particularly devoted man, it is Pence who brings in the voices of the most conservative fringes of American society.

“I feel the influence [of these ultra-conservative groups] in a very direct way. You have a huge impact on blocking the anti-discrimination policy for 11 years. You can never prove that there is a direct link as they use many different channels, many different ways of influencing the decision-making process, “said Sophie In ‘t Veld, a Dutch Liberal MEP.

“We have witnessed your work in the European Parliament for many years: you influence the work in the commissions, organize events and invite members of parliament. The problem is that the names of these organizations sound really innocent – they have worlds like dignity, family, freedom … and most MPs don’t know who is behind them.

“It’s a very tight network: they don’t reflect the opinion of the majority of the population, but they are very effective at getting their views across,” she added.

The ECLJ has not responded to Euronews’ request for comment. ADF International wrote that they provide “free legal services to protect fundamental rights around the world, including the right to religious freedom, freedom of speech and the sanctity of life,” and accused OpenDemocracy of “nothing more than a smear campaign.” ”

Massimo Teodori, former Italian senator, historian and expert on US politics, says: “Trump has strengthened the expansive policies of anti-European populists and anti-immigrants, as well as the agendas of the multi-ethnic and multi-religious society. ”

“It is no coincidence that Matteo Salvini and Brothers of Italy’s league party, led by Giorgia Meloni, rushed to forge links and alliances with Steve Bannon […] He became part of the international movement that he launched together with ultra-right groups from various European countries, “he said.

According to Teodori, Trump’s policies increased sympathy for the “illiberal democracies” of (Russia’s Vladimir) Putin, (Hungary’s Viktor) Orban and Poland; the hostility towards the Church of Pope Francis and, in general, distrust of the civil rights of LGBT people. ”

These were the details of the news US Elections: How It Can Affect European Lives for this day. We hope that we have succeeded by giving you the full details and information. To follow all our news, you can subscribe to the alerts system or to one of our different systems to provide you with all that is new.