Macron puts France in an impasse and the “Caucasus” war is... 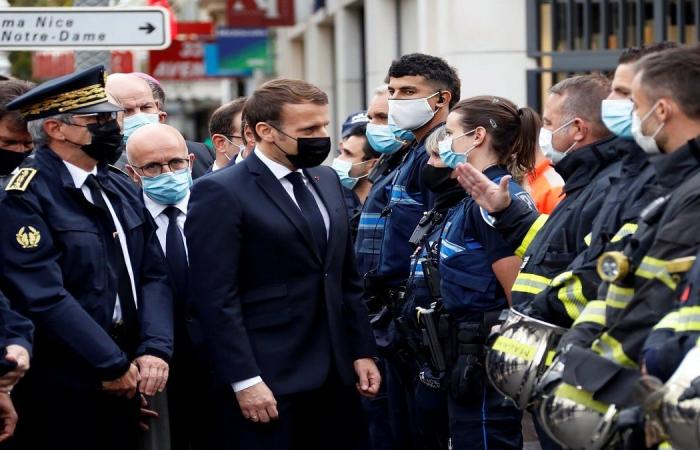 International newspapers continued to cover the events in France, in the wake of the armed attacks against the country, against the backdrop of offensive cartoons of the Prophet Muhammad, may God bless him and grant him peace, and the statements of President Emmanuel Macron, which sparked widespread anger in the Islamic world.

Some newspapers published on Saturday morning highlighted the raging conflict in the Caucasus region, between Azerbaijan and Armenia, over the Nagorno-Karabakh region, which they said is heading to a “point of no return” after the two parties failed to reach a ceasefire.

The “New York Times” newspaper said that the stubborn defense of the French president against the cartoons of the Prophet Muhammad, may God bless him and grant him peace, could drag the country into a trap.

She added, “When the satirical magazine Charlie Hebdo re-published the offensive cartoons early last September, this caused a series of events, including two stabbings and protests in Islamic countries, a boycott of French goods, and criticism from allied countries.”

The newspaper went on to say: “Tensions witnessed a major escalation when a Chechen teenager beheaded French teacher Samuel Barty near Paris this month, and another killed three people inside a church in the French city of Nice yesterday.”

And she continued: “But French officials not only defended the right to publish the caricatures, but some of them went further, including regional leaders, who announced that a booklet containing those cartoons would be handed over to high school students, in defense of the values ​​of the Republic. French”.

The American newspaper considered that these cartoons “put France in a dangerous dilemma, widened the division with Islamic countries, and aroused the discontent of many French Muslims, who considered them provocative and insulting to their religion.”

She added: “France’s solid defense of these images led to its separation from the United States and other Western democracies facing culturally and religiously diverse societies.”

The newspaper highlighted the statements of the Mayor of Nice, in which he said that the French constitution must be amended so that France can wage war against “Islamic extremism”, while Interior Minister Gerald Darmanan confirmed that France is at war inside and outside the country.
She commented on these statements by saying: “The military tone reflects the hardening of the French vision against radical Islam, at a time when the fierce defense of the cartoons put the French in a position where they do not have the ability to maneuver, where any concession can be seen as undermining the original value, which is Militant French secularism ”.

Point of no return

The American newspaper “Washington Post” said that the war In the Caucasus, between Armenia and Azerbaijan, the disputed Nagorno Karabakh region is approaching a bloody turning point.

The newspaper added: “The United States sponsored an armistice agreement between Armenia and Azerbaijan at the end of last week, and according to some estimates, the armistice lasted only one hour … the burning conflict in the Caucasus represents the worst period of hostilities between the two parties in 3 decades.”

It quoted the Director of Amnesty International for Central Europe and Central Asia, Mary Struthers, as saying: “The firing of cluster munitions into civilian areas is cruel and reckless, and causes untold deaths, injuries and suffering, and with the escalation in this conflict continuing, Armenian and Azeri forces are convicted of using weapons Prohibited The lives of civilians trapped between the two forces have been severely threatened ”.

Carrie Kavanav, a professor at the University of Kentucky who helped in the international mediation negotiations that led to a ceasefire between the two sides in 2001, said: “The conflict could soon reach the point of no return, at which the fighting will not stop without a dramatic expansion of the war and great losses. For spirits. ”

These were the details of the news Macron puts France in an impasse and the “Caucasus” war is... for this day. We hope that we have succeeded by giving you the full details and information. To follow all our news, you can subscribe to the alerts system or to one of our different systems to provide you with all that is new.