the case – These clues should solve the riddle 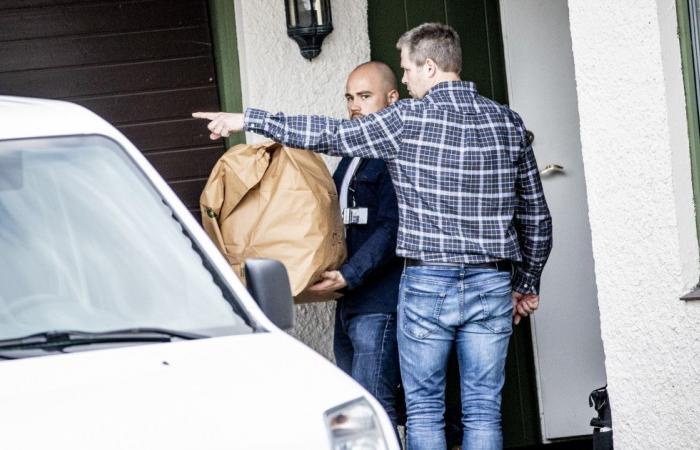 On Tuesday 28 April, Tom Hagen (70) leaves his home in Sloraveien 4, gets in the car and drives towards the workplace at Futurum business park.

The emergency squad, also called the Delta Force, arrests the billionaire. He is charged with murder or complicity in the murder of his wife, Anne-Elisabeth Hagen, who has now disappeared almost without a trace for two years.

At the same time, the police enter his workplace and the home. Full cardboard boxes and bags of material are seized.

– We have a large data seizure – 3400 seizures, we have taken 600 witness interviews, have 6000 hours of video material, and we continue to collect more material, so we have a lot to work with, says police inspector Agnes Beate Hemiø to Dagbladet.

The police maintain the main hypothesis that the Lørenskog mystery is a murder case with Tom Hagen as the perpetrator. The 70-year-old denies criminal guilt.

– We believe the house is the scene of a criminal act, and that the greatest probability is that Anne-Elisabeth Hagen has been killed, says the police inspector.

The fact that the investigation was kept secret for ten weeks may have led to the loss of important witness observations.

The police emphasize that they have in any case secured large amounts of electronic traces.

– We are now reviewing and systematizing all the material we have collected in the case.

This includes text messages and telephone calls to and from Anne-Elisabeth on the day of the disappearance.

This is central to the investigation because it can form a picture of when she disappeared or was killed. The last sure sign of life from Anne-Elisabeth is a telephone conversation with her son at 09.14.

Tom Hagen called his wife eight times on the day of the disappearance without receiving an answer. At 10.06 he calls for the first time, and he tries again the minute after.

At 11 o’clock he calls three more times, before turning on the wire again at 13.06. He calls again two minutes later. He takes the last call at 13.18, but he still does not receive an answer from his wife.

Dagbladet is aware that the police have responded to the fact that the first two calls from Tom Hagen to Anne-Elisabeth have been deleted from the call log on his Nokia phone.

The police have also investigated the health app on Anne-Elisabeth’s phone, which will show an abrupt movement in the period between 09.16 and 10.07 on the day of the disappearance.

A video recording of Hagen’s car driving into Futurum between 09.10 and 09.15 is also important because it gives the husband an alibi.

When Tom Hagen returned home from work on 31 October 2018, his wife was gone and in the hallway of the house was a threatening letter with a ransom claim of NOK 90 million paid out in the cryptocurrency Monero.

Through the investigation of the threatening letter, the police have found what they believe are preparatory actions back to the early summer of 2018.

The police have now set up a new expert group to review the letter.

– The police have initiated work to review the threatening letter that was found in Sloraveien 4 again. Among other things, linguists from both Norway and abroad will carry out new analyzes, says Hemiø.

The aim is to find more information about the linguistic content.

The hunt for the suspected counterparty has been significant, and the police have spent a lot of time looking at the billionaire’s connection to the crypto-track. People close to Hagen think it is completely unlikely that he, who is supposed to be very analogous, can be behind a rig that involves cryptocurrency.

Before the summer, the police charged a 32-year-old man, in the press called “the crypto man”, for deprivation of liberty or complicity in this. The man had repeatedly approached Hagen with a business idea about investing in the cryptocurrency Bitcoin, but the 70-year-old was not interested.

Fittings in the home

The police investigated the couple’s house long before the arrest of Tom Hagen, but secured several rights after they took out the murder charge. They later seized the home, something the 70-year-old and his defender Svein Holden protested against in court. They were not upheld.

In the court hearing in connection with the seizure of the home, Kripos investigator Christer Svane Andersson explained that “Sloraveien 4 is probably Norway’s most investigated crime scene”.

– Is it relevant to seize the house again as the case stands now?

– As the case looks now, we are finished with the house in Sloraveien. We do not rule out that further investigations may be necessary, but we have no plans to do so at this time.

The police have also investigated the couple’s cabin at Biri, and the more used cabin at Kvitfjell.

Despite the fact that the Eidsivating Court of Appeal chose to release Tom Hagen, and he could walk out of Oslo prison on the very day of his release on 8 May as a free man, they have maintained the charge against him.

It was not a single incident, a single piece of evidence or a special development in the case that led the police to arrest. They believed that an overall set of clues provided grounds for there being good reason to suspect the 70-year-old.

This, they believe, has been strengthened through the investigation.

There has been no contact between Hagen and the police since June 3 – when a meeting was planned at Kripos. This was interrupted before it could even begin due to the billionaire’s health condition. When the police later called him a “pjusk”, defender Svein Holden stated that his client will not appear in new interrogations.

Hagen’s three children also do not want to be questioned.

– Does it slow down the investigation where you stand now, that Tom Hagen will not be questioned?

– We would like to ask him questions, but that does not slow down the investigation in any way, Hemiø says.

These were the details of the news the case – These clues should solve the riddle for this day. We hope that we have succeeded by giving you the full details and information. To follow all our news, you can subscribe to the alerts system or to one of our different systems to provide you with all that is new.