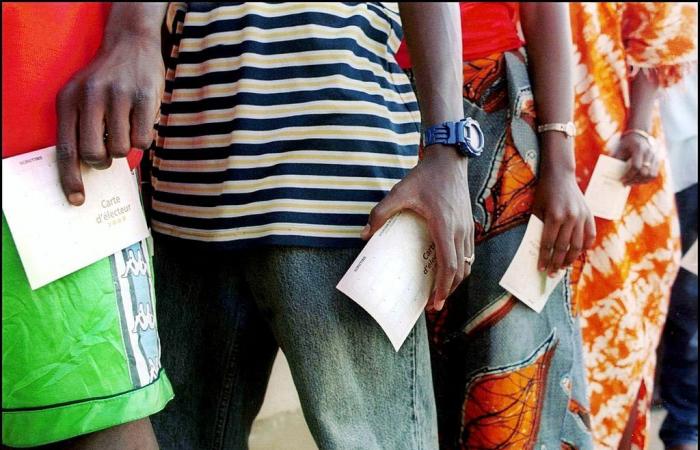 By Gilles Yabi, political scientist and founder president of the WATHI think tank 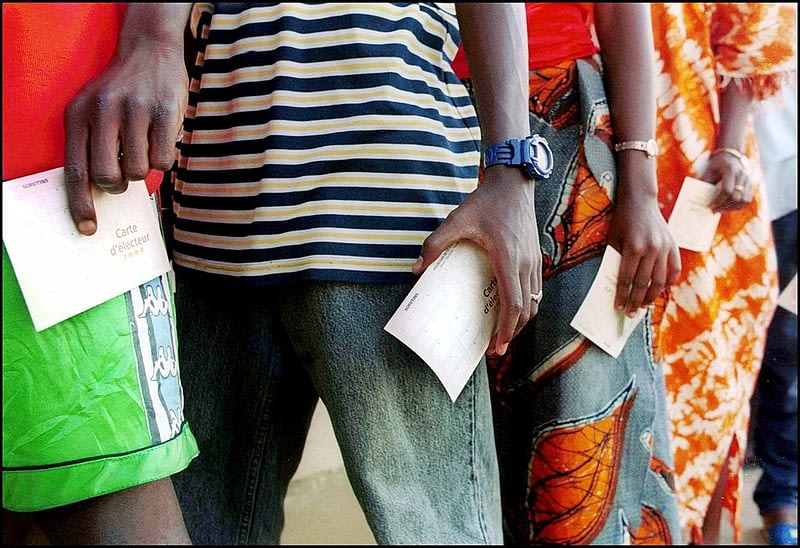 In Guinea, nearly thirty deaths have been added, since the presidential election of October 18, to the already gruesome toll of several months of political violence. But African and international attention is already turning away from the Guinean post-election crisis, which is bound to last, because another country in the region is approaching its presidential election in a comparable climate. On October 31, four candidates are supposed to be in contention for the first round of the Ivorian presidential election, of which only two will have campaigned, Alassane Ouattara and Kouadio Konan Bertin. The other two, Henri Konan Bédié and Pascal Affi N’Guessan, called for an active boycott of the vote, without formally withdrawing.

In Côte d’Ivoire too, many families have already lost their young people in violence, aptly qualified as community, in recent weeks, which has been added to that which occurred just after the confirmation of President Ouattara’s candidacy by the Council. constitutional. In Guinea, as in Côte d’Ivoire, a priori respectable political figures continue to proclaim loud and clear that the candidatures of outgoing presidents Alpha Condé and Alassane Ouattara have nothing to do with the increase in violence or in the tensions within their communities. respective national communities.

Refuse to count to three

These personalities continue to parade on television sets to explain, with pathetic conviction, that their champions, after two consecutive terms, are not candidates for a third term but for the very first of a “new” republic. In Guinea, in a context of organized restriction of access to information through Internet shutdowns, the violence and fear that have taken hold in various localities of the country, far from Conakry where the situation is still underestimated. is known. Many families have lost everything in the forest region in the south of the country and have had to flee the places where they have lived for decades.

The drama that is playing out, beyond the victims of police and military repression, and those listed within these armed forces themselves, is the disintegration of the already fragile national cohesion in this country.. This is, it must be said clearly, the deepening of the feeling of mistrust between “the Peuls”, whether they are 100% Fulani, 80, 50 or 20% … and the “non Fulani”, whether they are either Malinkés, Koniankas, Soussous, Guerzés, Kissis or Tomas at 100, 75, 45 or 10% … As absurd as the obsession to classify each Guinean citizen in a specific and unique ethnic group, the superposition of supposed political preferences and of presumed ethnicity is a given in the current political crisis.

For the power of Alpha Condé, in 2020 as in 2010 – when he had miraculously won in the second round after being left behind by more than 20 points in the first round – the ethnic data is a powerful means of political mobilization against his main opponent , Cellou Dalein Diallo. For the latter, it is a trap from which he always finds it difficult to extricate himself, his political ambitions being interpreted by many of his compatriots as representative only of a desire of the Peuls to exercise presidential power for the first time in the country.

In Guinea as in Côte d’Ivoire, anything that distracts from the debate on the third term is prodigiously serving the interests of outgoing presidents. Alpha Condé and Alassane Ouattara have a good time criticizing the fact that their opponents have not campaigned or are not campaigning on the basis of their program but focus exclusively on denouncing their candidacies. They know very well that by asking for a third mandate, contrary to the spirit and the letter of the constitutions of their countries, the news like the preceding ones, they created the political conditions so that the electoral campaigns are emptied of their meaning.

Anyone who followed the political process in Guinea that culminated in the referendum to approve a new constitution knew that Alpha Condé was not going to the presidential election to risk losing it. And anyone who has any knowledge of Guinean political, institutional and electoral history could not expect that the scenario of Senegal under Abdoulaye Wade, in search of a third term, to repeat itself in Guinea: in Senegal, on election night. , the journalists began to give the results polling station by polling station and the whole system put in place by civil society organizations made it possible to greatly limit the possibilities of large-scale fraud. And there are civil and military institutions whose leaders are able to oppose a non-polite but firm against a president who would like to impose himself by force.

In Côte d’Ivoire, the statements of President Ouattara in the interviews given to the French media and even more in his campaign meetings inside his country, are surprising and revealing of an “old-fashioned” conception of power. . The president candidate is very sure of himself, very offensive towards his adversaries and is in no way hampered by the questioning of the principle of the limitation to two presidential terms, included in the old constitution of 2000 and renewed in that of 2016 which he himself proposed in the referendum. In Ivory Coast as in Guinea, the architects of the third term had not taken the risk of proposing to the public debate and then to the vote the removal of the limitation to two terms in the new constitutional texts. This is why the maneuver consisting in changing the constitution to reset the counters to zero is at best cunning, at worst a breach of trust.

In these two coastal countries of West Africa, the candidacies of outgoing presidents are not the exclusive causes of the tensions and violence that accompany the current electoral processes. The weaknesses of electoral institutions made up of representatives of political parties rather than independent experts are known and documented. Election commissions set up on this model have seldom made it possible to organize credible and perceived elections. Controversies over electoral registers are also recurrent.

In both countries, the dominant political actors have their share of responsibility in the non-renewal of political practices that maintain the personalization of power and the weakness of institutions. There is no doubt for example in Côte d’Ivoire about the high degree of responsibility of former presidents Henri Konan Bédié, Laurent Gbagbo, former Prime Minister and rebel leader Guillaume Soro, alongside President Alassane Ouattara , in the country’s long political crisis for more than two decades. But to properly analyze the situation, it is necessary to isolate and examine the crisis factors one by one and to rank them according to their respective contributions to the occurrence or aggravation of tensions.

“After me the flood”

In Abidjan as in Conakry, the thoughtful and assumed political choices of the two outgoing presidents have buried any possibility of their respective countries escaping serious crises likely to compromise stability and peace for months, even years. When we know the long-term role played by Alassane Ouattara during the Ivorian crisis and the stigma of the post-electoral conflict of 2010/2011, of which he emerged victorious with the military support of the former rebel forces of Guillaume Soro and the French forces, he was obvious that he could not be the figure who would embody reconciliation in Côte d’Ivoire. But he had the possibility, by withdrawing after ten years of presidency, which nevertheless allowed to revive the Ivorian economy, to finally open the door to a new political era, less marked by denials, manipulations and the hypertrophy of presidential power.

Alpha Condé also missed an opportunity to offer Guinea a chance to step away from the specter of political violence, military regimes and inter-community divisions. Given their respective ages, their political choices this year convey the message: “after me the flood”. It is not by refusing at every potential historical turning point to make a choice that can rekindle the hope that the leaders of the West African region will discourage thousands, even tens of thousands of young people, from giving in to the call of the large wide. The one who ends up so often in death appeal, in the dark waters of the Atlantic or the Mediterranean.

These were the details of the news Guinea and Ivory Coast: chronicle of two planned electoral crises for this day. We hope that we have succeeded by giving you the full details and information. To follow all our news, you can subscribe to the alerts system or to one of our different systems to provide you with all that is new.