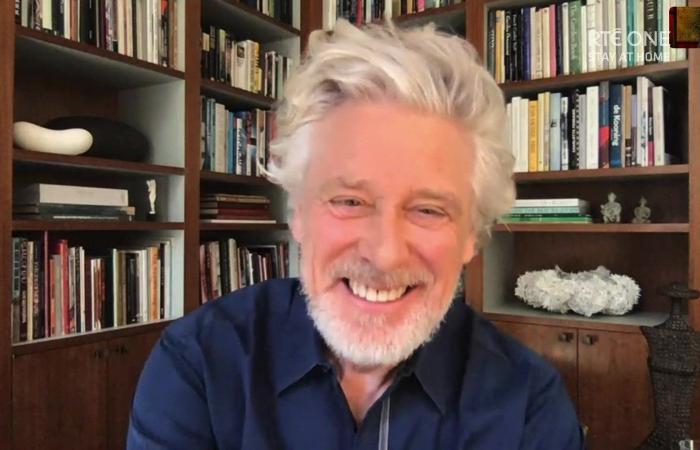 U2 bassist Adam Clayton added the band’s 2000 album Everything you can’t leave behind was the first time he recorded “freezing sober” and that he was one of the “lucky ones” after surviving struggles with alcohol and sanity.

Speaking on the Tracy Clifford Show mark on RTÉ 2FM the 20 year old re-release of the albumClayton, 60, said, “It took me a long time to realize what a mess I was making.

“After all, when the penny fell, I was just sick of apologizing to myself and other people.

“I had to face this instead of thinking that drinking was what got me through life, it was actually what was holding me back. [This record} was a new departure, it was the first time I think I’d recorded a record completely stone cold sober, and to a degree, I was white knuckling it.

„The songs really do mean something coming from that period in my life. Particularly in the light of Michael Hutchence’s story, I really feel like I was one of the lucky ones.“

INXS frontman Michael Hutchence, who died in 1997, was a friend of U2 and the band wrote Stuck in A Moment You Can’t Get Out Of about the late singer and consummate rock star.

„I know these times are very difficult, if you can reach out to someone, tell them what’s going on. If you can just not go through it on your own, there are people out there to help.“

„On Stuck in A Moment, I think most people know this is about our friend Michael Hutchence, the singer in INXS,“ Clayton said.

„He was someone who we used to always see in the summers. I suppose it can happen to anyone, one small mistake, and his life started to veer off in a direction that was somewhat out of control.

„I don’t think any of us realised how alone and how vulnerable he was. He lost his life right before an INXS tour, and as fellow musicians and minstrels and performers, that cut very deep in us and I suppose it made us feel very grateful that in our band, it really is the four of us that look out for each other.

Clayton added, „I think what it underlined is that very often, you just don’t know what’s happening in people’s lives.

„If there’s anyone listening to this going through something similar, and I know these times are very difficult, if you can reach out to someone, tell them what’s going on. If you can just not go through it on your own, there are people out there to help.“

„My father is the only surviving father of the U2 family at this point, so I really do feel like I’ve gone back 20 years.“

Clayton, who has two children, one from a previous relationship and a daughter named Alba with his wife, former human rights lawyer Mariana Teixeira de Carvalho, also discussed fatherhood during the interview and said that the ATYCLB track Kite brings him back to memories of his children and his own father.

We need your consent to load this YouTube contentWe use YouTube to manage extra content that can set cookies on your device and collect data about your activity. Please review their details and accept them to load the content.Manage Preferences

“U2 had had Der Joshua TreeWe had big stadium tours … this time it was like, ‘Let’s get intimate, let’s go into a small room and really focus on writing songs that actually mean something to us.

“I think that’s what we have there. We have an amazing collection of songs that really mean something to us. I am particularly fond of Kite Right now, because when Bono wrote this song he was writing about his kids and I have kids now, I was a bit of a late starter … I’d been practicing for a while …

“I have two children now, and if I listen KiteI come back to that time and what he wrote about. I think what made the song more complex for Bono was that he also dealt with his father’s illness … we didn’t know how much longer he was.

“At this point, my father is the only surviving father of the U2 family. I really feel like I’m 20 years back. ”

These were the details of the news Adam Clayton from U2 – “I was one of the lucky... for this day. We hope that we have succeeded by giving you the full details and information. To follow all our news, you can subscribe to the alerts system or to one of our different systems to provide you with all that is new.