Man pays to have “complete experience” with panther and ends up... 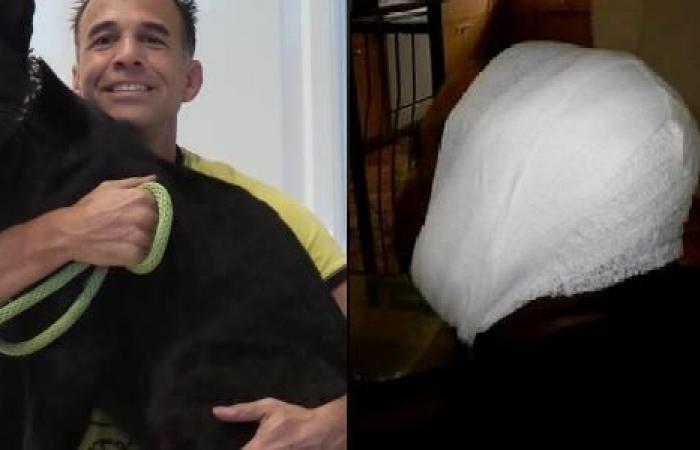 Dwight Turner wanted to interact with a black panther, take some pictures and play with it. So he turned to Michael Poggi, who claimed to have a sanctuary for rare and endangered animals in Florida, USA, but his experience became a nightmare as soon as he entered the cage. He was attacked, and Dasha’s injuries caused the man to stay in the hospital for a week.

The American had paid the amount of US $ 150 to have a “complete contact experience” with the feline, in the city of Davie, only that the panther did not react well to the presence of the stranger in his enclosure and advanced with aggression.

According to the Florida Fish and Wildlife Conservation Commission (FWC), Dwight’s scalp was “hanging from his head” and his right ear was torn in half.

The incident brought the victim to justice against the owner of the space, who also works in the real estate market, for allowing contact with an extremely dangerous species, in addition to keeping wild animals in captivity in unsafe conditions. Even though Dwight signed a term that said he was aware of the risks, as the whole business was supposed to be illegal, the document would have no validity.

Michael Poggi, so far, has not commented and the Facebook page of the place he managed has been disabled. In his personal profile it is possible to see photos of several animals that he owns, in addition to the panther, such as monkeys, a snake and an alpaca.

These were the details of the news Man pays to have “complete experience” with panther and ends up... for this day. We hope that we have succeeded by giving you the full details and information. To follow all our news, you can subscribe to the alerts system or to one of our different systems to provide you with all that is new.