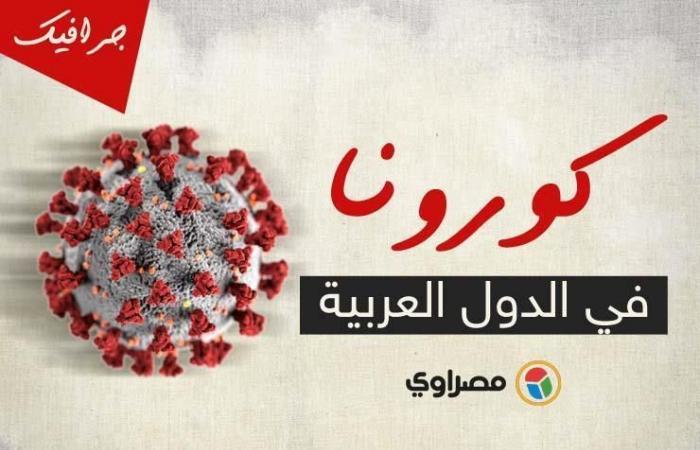 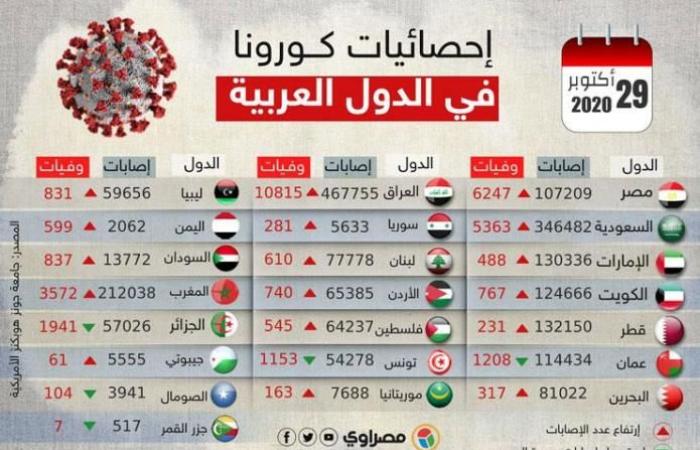 The curve of the new Corona virus infections and deaths witnessed a decrease in the Arab countries, yesterday, Thursday, after 18,191 new cases were infected, with which the total rose to two million and 133 thousand and 620 confirmed cases, while the epidemic killed 218 new people; This brings the total number of victims to 36,880 deaths, according to the Johns Hopkins University index.

The drop comes after the infection curve recorded a record number of 20,249 new infections, yesterday, Wednesday, and a record jump in the death curve after the epidemic claimed the lives of 399 new people.

Among the 22 Arab countries, Iraq recorded the highest number of cases of “Covid-19” in the Arab world, with the number of injuries amounting to 467 thousand and 755 cases, while Saudi Arabia comes second with the number of injuries amounted to 346 thousand and 482 cases. The following diagram shows the list of Arab countries The highest recorded cases of the epidemic:

The ministries of health in 5 countries, namely: Oman, Tunisia, Algeria, Somalia and Comoros, did not announce new cases yesterday, October 29. 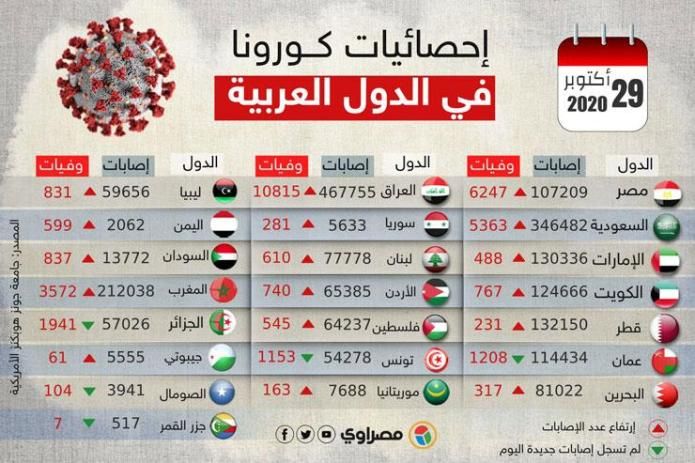 These were the details of the news Among them are Egypt … the 10 Arab countries that have... for this day. We hope that we have succeeded by giving you the full details and information. To follow all our news, you can subscribe to the alerts system or to one of our different systems to provide you with all that is new.