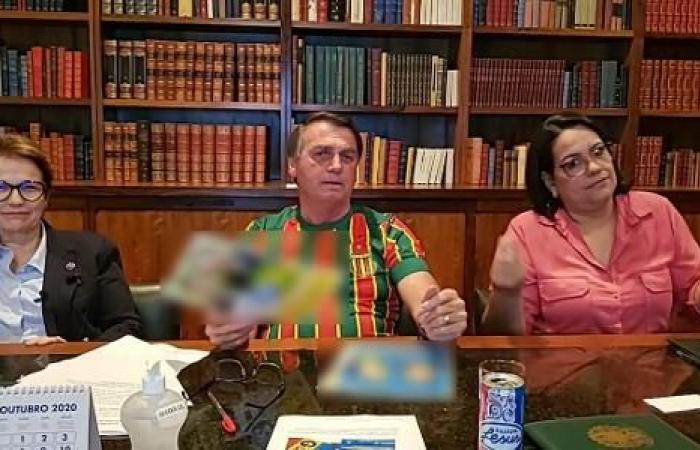 In a live broadcast on his social network, President Jair Bolsonaro (without a party) apologized for making a prejudiced “joke” when taking Guaraná Jesus, a famous pink soda in Maranhão.

“If someone was offended, I’m sorry, I played a game with the color of guaraná Jesus, which is pink. And the game I played was not for television, I was talking to a guy there. sections and divulged it as if I were offending the people of Maranhão. Quite the opposite. With whom I was playing, it was a man from Maranhão, who took the sport. Now, the evil is there “, declared Bolsonaro.

Still during the live, the president again referred to the color of guaraná pink on other occasions and said he saw “malice” in the criticisms he received on social networks.

When visiting the northeastern state on Thursday, the president said he had become a ‘boiola’ after drinking the soda Jesus.

“Now I became a ‘boiola’. Just like Maranhão, is that it?”, Said the president. “Guaraná rose from Maranhão there, whoever drinks this guaraná here becomes Maranhão”, amended, showing the drink.

The governor of Maranhão, Flavio Dino (PCdoB), criticized the president’s statement and promised to sue him. “Bolsonaro came to Maranhão with his usual lack of education and decorum. He made a funny joke with one of our traditional business brands: guaraná Jesus. And the most serious: he used public money for political propaganda. He will be prosecuted.”

These were the details of the news After homophobic joke, Bolsonaro apologizes ‘joke’ for this day. We hope that we have succeeded by giving you the full details and information. To follow all our news, you can subscribe to the alerts system or to one of our different systems to provide you with all that is new.