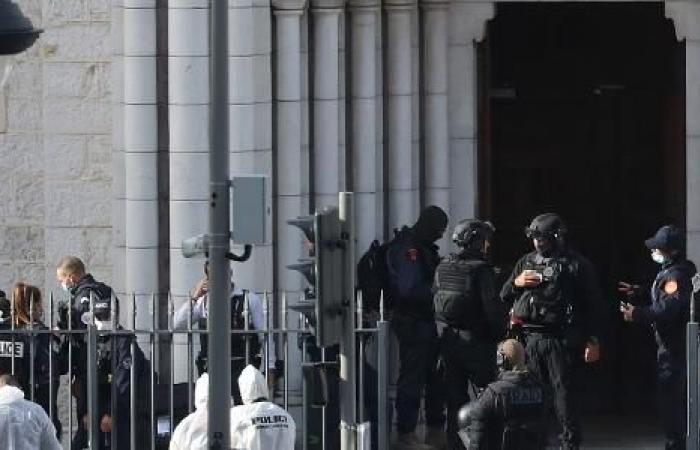 The knife attack that left three dead this morning in Nice causes a wave of emotion and strong apprehension among French Catholics.

“A beheading inside a church is unacceptable in the week that celebrates the Feast of All Saints,” declared the chairman of the Departmental Council of the Alpes-Maritimes, Charles-Ange Ginésy, referring to the 1st of November.

According to police sources, the author of the blows is a 21-year-old Tunisian who arrived in France in early October, from the island of Lampedusa, Italy, where he would have landed in September. He shouted “Allah Akbar [Allah é o maior]”while receiving medical attention after being immobilized by the police. Severely injured, the man was transferred to a hospital.

The victims are two women, one retired about 70 years old and another about 40 years old, and the secular sacristan of the basilica of Notre-Dame de Nice. Hit in the neck, the sexton and the retiree were practically beheaded, according to investigators working on the case.

This attack described as “unspeakable” by the French Bishops’ Conference (CEF) rekindled among Catholics the pain experienced with the murder of Father Jacques Hamel in July 2016 in the church of Saint-Etienne-du-Rouvray in Rouen. The 86-year-old priest was beheaded at the altar by two men, shortly after finishing his morning mass. The attack was later claimed by the Islamic State group.

The Archbishop of Rouen, Dom Dominique Lebrun, regretted the repetition of this violence in Nice. “We hoped to continue on the path of life and now death is reaching us,” said the religious. “This afternoon I had planned, and always did, to have lunch with Father Jacques Hamel’s sister and her nieces,” confessed the archbishop. “It is really for us to return to evil. I almost mean the absolute evil that is twisting our hearts,” he added.

Amid the strong emotion provoked by this new attack on a Western symbol, as many faithful have pointed out, Bishop Eric de Moulins-Beaufort, president of CEF, said he hoped that Christians “will not become the target of massacres”. The spokesman for the Conference of Bishops, Father Hugues de Woillemont, emphasized that “it is urgent to combat this gangrene which is terrorism, just as it is urgent to establish a fraternity in our country”. “We are touched, very touched and amazed by this type of unspeakable act,” added Woillemont.

Pope Francis condemned “terrorism and violence that can never be accepted”. It is a moment of pain in a period of confusion, “said his spokesman, Matteo Bruni, in a statement.

In his Twitter account, Francisco stressed his proximity to the Catholic community in Nice, “which today is in mourning, after this attack that sowed death in a place of prayer and comfort”. “I pray for the victims, for their families and for the beloved French people, hoping that he can react to evil for good,” said the pope.

Bells ring in churches in honor of victims

In the early afternoon, hundreds of Catholics went to churches to pay homage to the victims of the basilica in Nice. At 3 pm, the bells of all the churches in the country rang to honor the memory of the dead.

The Archbishop of Paris, Michel Aupetit, celebrated Mass at Saint-Sulpice, in the capital’s sixth district. His first words to those present were: “Do not be afraid”. However, several devotees expressed fear of this new wave of Islamic extremist attacks on French soil – three attacks in the span of a month and a half. “Our weapon is prayer,” concluded the archbishop. When leaving the mass, families who attend the parish said that only communion and fraternity can help them to face threats.

This new manifestation of Islamic extremism has generated reactions of repudiation by Muslim religious officials. “I can only strongly condemn the cowardice of this act against innocent people,” said Abdallah Zekri, delegate general of the French Council for Muslim Worship (CFCM).

The organization’s president, Mohammed Moussaoui, who this week expressed to President Emmanuel Macron the wish that images of Muhammad not be displayed in French schools, appealed to Muslims not to celebrate the Mawlid festival from Friday to Sunday. This rite recalls the birth of Muhammad, the prophet of Islam.

In a week punctuated by the verbal escalation of Turkish President Recep Tayyp Erdogan, against French leader Emmanuel Macron, for his uncompromising defense of freedom of expression, including the publication of cartoons of Muhammad, the French have plenty of reasons to worry.

In Nice, Macron said that “today’s terrorist attack was an attack on France”. He also called for unity of the population against radicalism and attempts at division.

“I want to reaffirm, first and foremost, the entire nation’s support for Catholics in France and elsewhere,” said Macron in front of the Notre-Dame basilica. “The entire nation is at your side and will stand firm so that religion can continue to be exercised freely in our country.”

These were the details of the news New attack on church causes emotion and fear among French Catholics... for this day. We hope that we have succeeded by giving you the full details and information. To follow all our news, you can subscribe to the alerts system or to one of our different systems to provide you with all that is new.