Tunisia and France reveal the identity of the Nice attacker 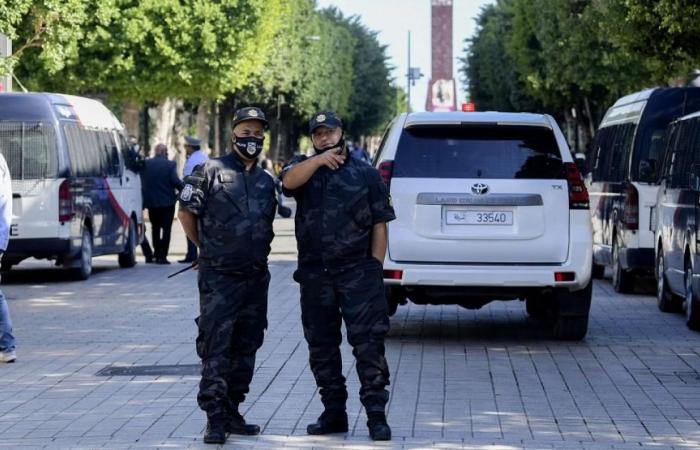 TUNISIA – A Tunisian security source and a French police source said that the 21-year-old Tunisian suspect in the Nice attack in France is Ibrahim El-Ouesaoui.

The Tunisian source said that Al-Awassawi comes from the village of Sidi Omar Bouhajla in the Kairouan governorate, and was recently residing in Sfax, noting that the police visited his family there on Thursday.

The French terrorism prosecutor said on Thursday that the suspect in the attack inside a church in Nice arrived by train carrying an Italian Red Cross identity card, adding that he changed his clothes at the train station and then went to the church to start his attack.

Jean-Francois Ricard said the striker was Tunisian, born in 1999 and arrived in Bari, Italy, on October 9th.

He explained that the surveillance cameras showed the young man at the train station in Nice, noting that he walked from it for a distance of 400 meters to Notre Dame.

It was not clear whether the attacker acted alone or if there is a group supporting him, while his arrival from Italy to France is still mysterious and raises questions about the security of the borders between European countries and loopholes that facilitated his movement and the implementation of the bloody attack.

It was initially reported that the attacker was a Tunisian immigrant who arrived in France illegally from the island of Lampedusa. Mohsen El-Daly, head of the media and communication unit at the Court of First Instance in Tunis, said today, Thursday, that the judicial counter-terrorism pole has opened an investigation into the suspected involvement of a Tunisian in the attack in the French city of Nice.

French police believe that the attacker who killed three people in Nice today, Thursday, is Tunisian, but the African democratic country has taken strides in combating the militant threat over the past few years.

A French source said that the authorities believed that the attacker who beheaded an elderly woman and killed two other people in a church in the city in the Riviera region, a 21-year-old Tunisian, had recently entered France via Italy.

Five years after dozens of tourists were killed by Islamist militants in two incidents of indiscriminate shootings in Tunisia, diplomats say, police have done much better at thwarting plots and moving swiftly to counter the attacks when they occur, but a series of smaller, sustained attacks shows the threat is still present.

Tunisians formed one of the largest squads of foreign fighters in ISIS, and although many of them were killed in the wars in Syria and Iraq, some of them returned to their country where the authorities imprisoned them.

At the same time, a group affiliated with Al-Qaeda established a foothold in a large, inaccessible part of the hills in the Tunisia-Algeria border area, but it proved unable to launch attacks further than that area.

The last major attack in Nice was also carried out by a Tunisian who immigrated to France in 2005 and drove a truck into a crowd celebrating Bastille Day in 2016, killing 86 people.

The Tunisian Foreign Ministry condemned the attack in Nice today, Thursday. Although the 2011 uprising succeeded in bringing democracy and freedom of expression to Tunisia, it did not lead to improvements in living standards or economic opportunities. Rather, larger numbers of young people sought to emigrate.

Italy said in September that the number of migrants who arrived in the past year on boats that crossed the Mediterranean, often to the small island of Lampedusa, had halved in part due to Tunisia’s economic troubles.

Lampedusa is only 130 km from the Tunisian coast, and young Tunisians living in coastal towns spoke of a constant temptation for them to board the boats that are always available and leave at night in the hope of achieving wealth in prosperous Europe.

These were the details of the news Tunisia and France reveal the identity of the Nice attacker for this day. We hope that we have succeeded by giving you the full details and information. To follow all our news, you can subscribe to the alerts system or to one of our different systems to provide you with all that is new.