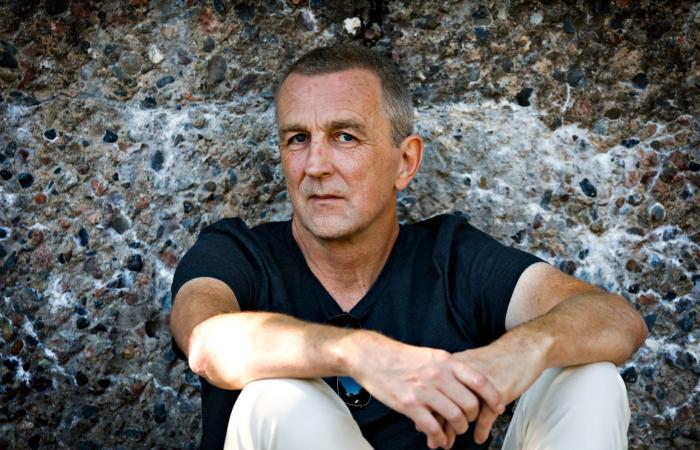 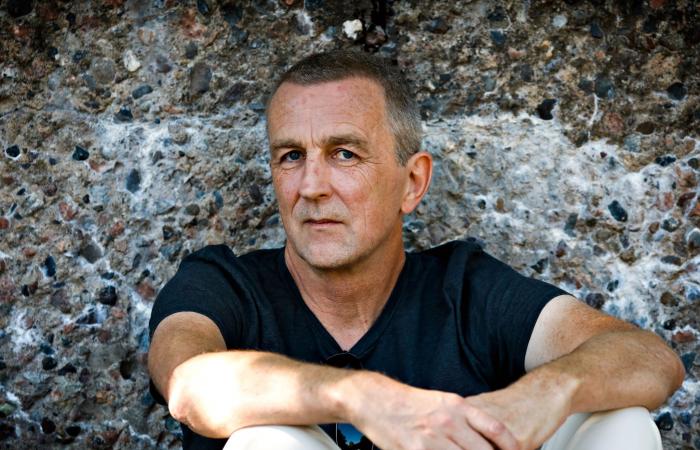 The publisher broke with Per Marius Weidner-Olsen when they learned of a previous criminal conviction against him. – Too bad for any new readers, says the author himself.

The nominees for the Brage Prize were announced on Thursday morning. It is a prestigious award that will honor new, Norwegian literature. Among the fiction writers nominated, one name has received more attention than others this month.

Per Marius Weidner-Olsen has been nominated for his debut novel I grew up almost like my own.

The other nominated authors in the category are Beate Grimsrud, Vigdis Hjorth and Olaug Nilssen. See fact box for more information.

Read our interview with Weidner-Olsen: He touches on the notion of Bærum’s perfect facade.

Did not tell about criminal conviction

I grew up almost like my own is one of this year’s most critically acclaimed novels.

Earlier this month, Forlaget Oktober broke up with the author and said that they would not print more editions of the book. Then they also broke off the collaboration with the author. The reason was that Weidner-Olsen had not said that he had previously been convicted.

In 2003, Weidner-Olsen was convicted of abusing a relationship of trust with a person over the age of 16. The penalty is up to five years. Weidner-Olsen was sentenced to 120 days in prison. 30 days were unconditional.

Weidner-Olsen’s novel is partly about sexual abuse of minors.

Since the publisher has broken off the collaboration, the book is difficult to obtain. To NRK, Weidner-Olsen’s lawyer, Hans Marius Graasvold, says that the book is sold out.

“Too bad for any new readers”

Weidner-Olsen comments on the nomination in a text message to Aftenposten:

“I am proud and happy on behalf of the novel. Then it is a pity for any new readers that the publisher has decided not to print or market the book anymore. Author and book are from yesterday otherwise without a publisher by agreement. It gives a sad and lonely feeling. “

Beyond this, he will not comment on the case.

The publisher: – We are responsible for the decision we have made

The publisher Oktober even submitted the novel for the Bragepris nomination. They have not considered withdrawing the registration afterwards.

– Are you comfortable with the book being nominated for the Brage Prize?

– This is of course very gratifying for the author. We congratulate. Weidner-Olsen now manages the right himself, and we are no longer the publisher of the book, says publishing director Ingeri Engelstad to Aftenposten.

The fact that the author has been given the rights to the book means in practice that another publisher can publish it, or that he can publish it himself.

– Is there anything you could have done differently in this case?

– We are responsible for the decision we have made. It is not changed by this nomination or the debate that has taken place, says Engelstad.

Will demand compensation: – He probably will not make it to the Christmas shopping

Weidner-Olsen believes that the publisher has cheated him of possible income since no new edition is printed. He has hired lawyer Hans Marius Gaasvold.

The publisher itself does not see a basis for the claim for compensation.

– We have announced this in a letter to the author’s lawyer, says Engelstad.

Lawyer Hans Marius Gaasvold says that the feedback from Forlaget Oktober does not change their perception that Weidner-Olsen is entitled to compensation.

– What we are most concerned about is to help get this book out again as soon as possible. The faster it goes, the less money he loses. But he probably won’t make it to Christmas shopping. Establishing contact with a new publisher is not done overnight. So it is an obvious financial loss, says Gaasvold.

The Brage Prize has been awarded since 1992. It is one of the country’s most important literature prizes.

The prize is awarded by the Norwegian Book Prize Foundation and aims to honor good Norwegian authorship, as well as create interest in Norwegian literature

The award ceremony will take place at Dansens Hus in Oslo on 26 November.

When Weidner-Olsen was interviewed by Aftenposten in August, he talked about his own upbringing.

– There was a certain range of experiences, actions and impressions. What my experiences are is irrelevant anyway, but it is clear that you get material from a background. The book claims only its fictional character. If I mean to tell factual things, it will in any case have the character of fiction and illusion, Weidner-Olsen said then.

The victim in the case where Weidner-Olsen was convicted, has reacted to the depictions in the novel. To NRK, the person in question says that the verdict is relevant information for how the book is read.

The author has denied that the book is about the verdict against him. He writes this in an article at NRK.

The debate around has not affected the jury

The Brage jury believes that credible and nuanced reflections are among the foremost qualities of I grew up almost like my own. The jury consisted of the literary critics Gro Jørstad Nilsen from Bergens Tidende and Bjørn Ivar Fyksen from Klassekampen, Camilla Tvedt in Norli Libris and Sindre H. Søreide from Fjaler Folkebibliotek.

The justification states: “Weidner-Olsen’s novel is harrowing, and it is enlightening, with a gloomy, unpleasant glow.”

– We have of course registered the debate, but it has not affected our work, says jury member Gro Jørstad Nilsen. She calls the novel one of the best books of the year.

– But is it a controversial nomination?

– That question must be addressed to October. They signed up for the book and did not withdraw it. I think that is fair from the publisher, says Jørstad Nilsen.

The case will be updated.

These were the details of the news The publisher stopped the book and ended the collaboration. Now... for this day. We hope that we have succeeded by giving you the full details and information. To follow all our news, you can subscribe to the alerts system or to one of our different systems to provide you with all that is new.