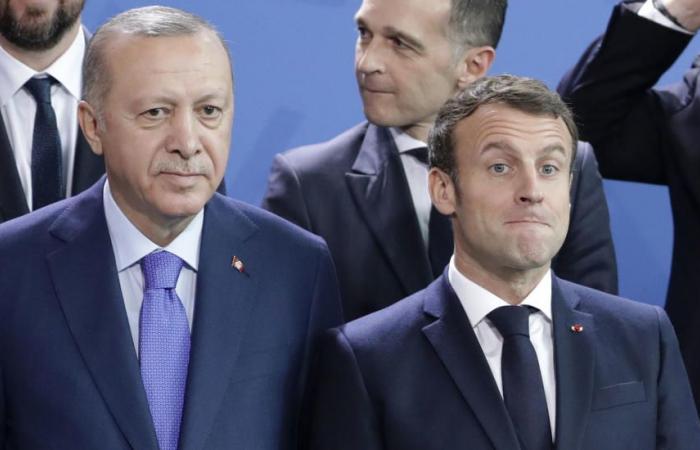 – We will not give in to destabilization and attempted threats, says a spokesman for the French government, Gabriel Attal.

“We will push for a strict European response, which may include sanctions,” Clement Beaune said on Wednesday.

Relations between France and Turkey have long been strained and the tone between the two NATO allies has been harsh both in the Libyan conflict, Turkish oil exploration in the Mediterranean and most recently in the Nagorno-Karabakh conflict.

Earlier this month, Macron also came out with harsh criticism of Islam, which he described as a religion in deep crisis around the world. It provoked strong protests in a number of Muslim countries, among them Turkey.

With the assassination of French teacher Samuel Paty in Paris on October 16, the war of words between France and Turkey was further escalated.

Paty was killed and maimed by an 18-year-old Chechen after showing students a cartoon of the Prophet Muhammad, printed in satire magazine Charlie Hebdo. This triggered new criticism of Islam from Macron.

Erdogan, for his part, claimed that Macron should undergo a psychiatric examination, which prompted France to recall its ambassador from Ankara.

A caricature of Erdogan on the cover of the latest issue of Charlie Hebdo, in which the Turkish president is wearing a t-shirt and underpants, drinking beer and lifting his skirt and showing off the naked buttocks of a woman wearing a hijab, has helped sharpen the tone additional.

Turkey accuses the French satire magazine of “cultural racism”, claims the drawing is proof that Macron’s anti-Muslim agenda has borne fruit and warns of legal and diplomatic steps.

“I am sad and frustrated, not because of the attack on me, but because of the rudeness of aiming for the prophet we love more than ourselves,” said Erdogan, who accuses Western countries, led by France, of embarking on a new crusade. .

These were the details of the news France threatens Turkey with sanctions for this day. We hope that we have succeeded by giving you the full details and information. To follow all our news, you can subscribe to the alerts system or to one of our different systems to provide you with all that is new.