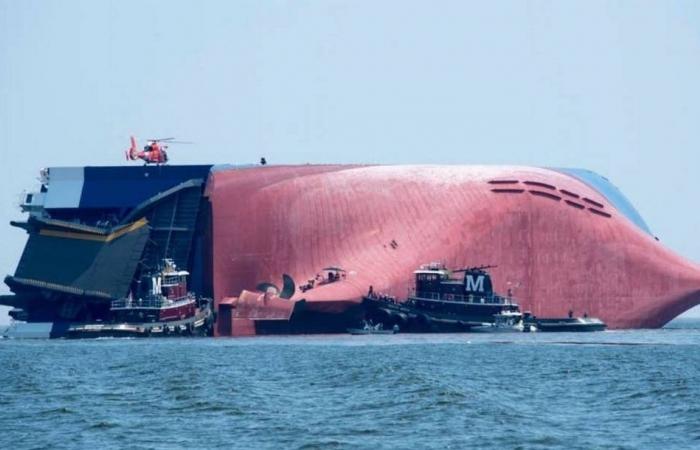 In September 2019, the Golden Ray ship wrecked with more than four thousand cars in its interior, off the coast of Georgia, in the United States. After just over a year, the vessel will be cut into eight pieces and its parts removed from the sea.

The removal will begin this week and eight stakes and four anchors will be used to cut and lift the parts. The operation will be done by the VB crane. 10,000, a claw about 200m long. In addition to the stakes, which are 23m long and 121cm in diameter, a kind of giant chainsaw will assist in cutting the Golden Ray bodywork.

The removal of the ship took two reasons. The first stoppage of preparations for the removal of the Golden Ray from the place where it was wrecked was requested due to the storm season in the northern hemisphere. Starting in August, when the team was going to start removing the vessel, a coronavirus outbreak hit the ship’s rescue team.


+ Educating is more important than collecting

These were the details of the news Ship that sank with 4,000 cars will be rescued after 1... for this day. We hope that we have succeeded by giving you the full details and information. To follow all our news, you can subscribe to the alerts system or to one of our different systems to provide you with all that is new.