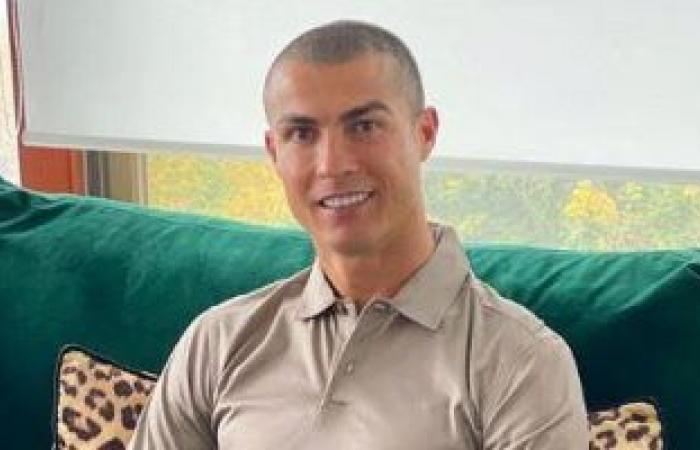 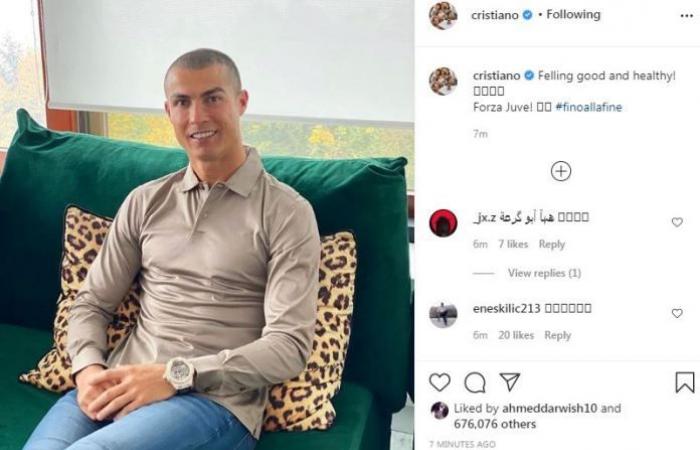 Portuguese star Cristiano Ronaldo, the player of the Italian club Juventus, reassured his fans around the world about him, after he was infected with the Corona virus, and published a new picture of him, inside his home through his account on the “Instagram” site, commenting on it saying: “A good and healthy feeling”, despite his continued infection with a virus Corona after a corona test sample came positive for the second time within several days.

The Italian Sky network reported that Ronaldo was confirmed to be absent from his team’s match against Barcelona, ​​which will be held today, Wednesday, in the second round of the European Champions League group stage matches at Juventus Arena.

Ronaldo had taken a new test on Monday, to check on his safety from the Corona virus, and he awaited the final result today, Tuesday, in order to resolve his position on the important Barcelona match tomorrow, Wednesday.

The Portuguese don was hoping to catch up with Juventus’ match against Barcelona, ​​in order to face the Argentine star Lionel Messi for the first time since his departure from Real Madrid.

The UEFA medical protocol provides that the host team has the opportunity to send a sample of its previously injured and negative player 6 hours before the match, until they agree to his official participation with his team, provided that it is 10 days for any player in the visiting team.

These were the details of the news Ronaldo reassures his fans after his absence from Barcelona: I am... for this day. We hope that we have succeeded by giving you the full details and information. To follow all our news, you can subscribe to the alerts system or to one of our different systems to provide you with all that is new.