9 signs and symptoms that warn of a lack of iron... 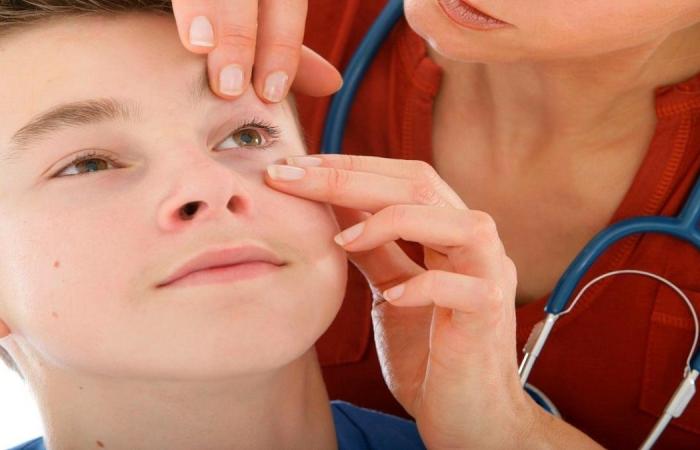 The body needs iron to produce hemoglobin, which is a protein in red blood cells that enables them to carry oxygen throughout the body.

And if your body doesn’t have enough hemoglobin, your tissues and muscles will not get enough oxygen to be able to function effectively, leading to a condition called anemia.

The website “Health Online” stated that despite the presence of different types of anemia, it is caused by iron deficiency that is the most common all over the world. It is severely restricted, inflammatory bowel disease, increased iron requirements during pregnancy, and blood loss through heavy periods or internal bleeding.

The site listed 9 signs and symptoms of iron deficiency in the body.

Feeling very tired is the most common symptom of iron deficiency, and these symptoms are common in people who do not have enough iron.

Many people with iron deficiency have low energy as well as weakness or difficulty concentrating.

Other common signs of iron deficiency are dull skin or a dull color inside the lower eyelids.

Hemoglobin in red blood cells gives blood its red color, so low levels during iron deficiency make the blood less red. This is why skin can lose its healthy color or warmth in people with iron deficiency.

Pallor in areas such as the face, lower inner eyelids, or nails may be a sign of moderate or severe iron deficiency.

Hemoglobin enables red blood cells to carry oxygen throughout the body, and when hemoglobin levels are low due to iron deficiency, oxygen levels will also be low.

This means that your muscles will not receive enough oxygen to carry out normal activities, such as walking, as a result, your breathing rate will increase as your body tries to get more oxygen, which is why shortness of breath is a common symptom.

Headache and dizziness may be a sign of an iron deficiency, and a lack of hemoglobin may mean not enough oxygen reaches the brain, which can cause blood vessels to swell and create pressure.

In cases of iron deficiency, the heart must work extra hard to transport oxygen throughout the body. This can lead to an irregular or accelerated heartbeat and even heart murmurs, an enlarged heart, or heart failure.

Dry and damaged skin and hair

Skin and hair receive less oxygen from the blood during iron deficiency, which leads to dehydration and damage, in more severe cases, this may lead to hair loss.

Swelling and soreness of the tongue and mouth

Sometimes just looking in or around the mouth can indicate if you have anemia the blood Caused by iron deficiency, signs include when your tongue becomes swollen, inflamed, pale, or oddly smooth, and cracks in the corners of the mouth could also be a sign.

Restless legs syndrome is a condition that causes an intense, uncontrollable desire to move the legs, usually due to feelings of discomfort. It often occurs in the evening or night hours when you are sitting or awake, and moving temporarily relieves the uncomfortable feeling.

Brittle or spoonful nails can be an indicator of iron deficiency anemia.

These were the details of the news 9 signs and symptoms that warn of a lack of iron... for this day. We hope that we have succeeded by giving you the full details and information. To follow all our news, you can subscribe to the alerts system or to one of our different systems to provide you with all that is new.