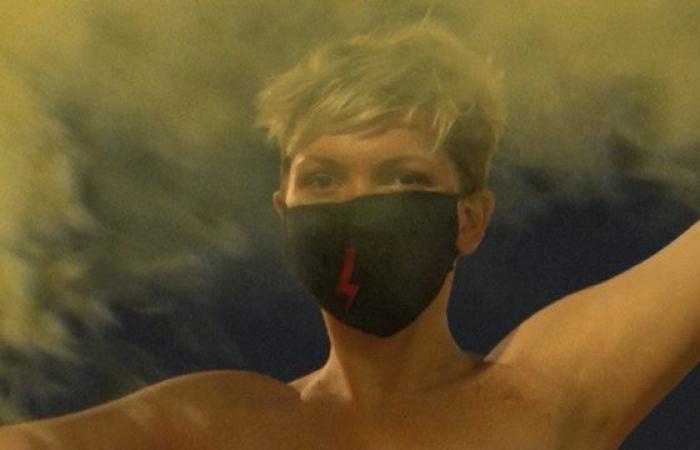 Mass protests against the judicial decision that in practice banned legal abortion in Poland entered its sixth day on Tuesday without any signs that it will lose intensity. On the contrary, there are more than 150 demonstrations scheduled for the coming days, in a mobilization that encompasses different sectors of the population and takes the government of the ultra-conservative Law and Justice Party (PiS) by surprise, which seeks to advance its Christian and nationalist agenda.

Last Thursday, the Constitutional Court, the highest court in the country, determined that abortions due to fetal malformations are unconstitutional. Legislation, which was already one of the most restrictive in the entire European Union (EU), is now becoming even more limited: only pregnancies caused by rape and incest or that put a woman’s life at risk can be legally interrupted. Only Malta and the Vatican have such or even tougher laws in Europe.

The decision signifies the de facto ban on abortion, since last year 1,074 of the 1,110 pregnancies legally terminated in the country occurred due to fetal malformation. In addition to statistics, many patients are discouraged from exercising their legal rights when seeking help to terminate a pregnancy, and doctors may refuse to perform the procedures.

Democracy in check: Continued erosion of democracy in Hungary and Poland causes stalemate in the European Union

Even though the PiS has not been directly responsible for the judicial decision, it has led, since it came to power in 2015, a gradual weakening of the system of checks and balances and of Polish democracy. Increased control over the Judiciary and the Constitutional Court is a key element of this process, which has already led the European Union to bring actions against the PiS government in instances of the bloc.

Despite the great influence of the Catholic Church in Polish society, there was no public outcry for changes to the law – on the contrary, similar attempts were also the target of contrary manifestations. The government appears to have bet that the second wave of Covid-19 would limit protests against the controversial measure and, at the same time, divert the focus from its criticized response to the increase in coronavirus cases, but that is not what happened.

In addition to reproductive rights, acts are driven by polarization, accentuated by nationalist PiS policies and discontent with the impacts of the pandemic.

– There are surprising gestures by farmers, taxi drivers and organized football fans in support of the protests. It is not just women who participate, but men too – Marta Kotwas, a researcher at the Center for Slavic and Eastern European Studies at the University College in London (UCL), told the GLOBE, stressing that this is not an exclusively female movement.

Curfew, closed bars and open schools:see how Europe is handling the second wave of Covid-19

The mobilization, highlights the researcher, brings together people younger than those of recent protests, perhaps due to the Covid-19 pandemic. In the second, highways were blocked in about 50 cities by protesters who carried signs with phrases like “I wish I could abort my government”.

For days, protesters have protested in front of the home of Deputy Prime Minister Jaroslaw Kaczynski, founder of PiS and de facto leader of Poland. This Tuesday, he was received by protests by deputies and opposition deputies when he arrived at Parliament. Later, in a video posted on his Facebook account, he said the court’s decision could not be different and urged the people to “defend Poland, patriotism” and the Church.

Read more:EU criticizes Poland and Hungary in report on respect for democracy

The Catholic Church is a secondary target of protesters: over the weekend, protesters interrupted masses, argued with priests and sprayed churches. In the Warsaw suburb, a monument to Pope John Paul II was vandalized with red paint.

In 2016, a project to ban abortion, driven by conservative study centers, sparked similar demonstrations, gathering 100,000 people on the streets of Warsaw. The measure was discussed by the Parliament, but ended up shelved. On that occasion, Kaczynski made it clear that the project would return to the fore.

– We will fight to ensure that even very difficult pregnancies, when the child’s death is certain and the deformation, severe, end in childbirth, so that they can be baptized and have a burial – he said.

As was customary in the countries of the former European communist bloc, voluntary termination of pregnancy was legal in Poland until 1993, when it began to be restricted during the presidency of Lech Walesa, a former leader of the Solidarity Union, linked to the Catholic Church.

New restrictions:See how Europe is handling the second wave of Covid-19

The request for the Constitutional Court to increase restrictions on abortion was made in 2019, by 119 parliamentarians – at least 100 of them, men. The timing of the recent decision, however, does not appear to be accidental: it follows the victory of PiS in the presidential elections in July and in last year’s parliamentary elections. In addition, Kotwas recalls, as there are no elections in the near future, it is a good time to run controversial projects without immediate reprisal at the polls.

– Another reason is that it guarantees its position on the right, adopting actions of political actors that are more conservative so that there is no opposition to the most extreme right – said the researcher, pointing out that the Confederation for Freedom and Independence, acronym of extreme right, is also in favor of tougher laws against abortion.

The PiS campaign against the protests is massive. This Tuesday, the state TVP channel broadcast phrases such as “extreme left fascism is destroying Poland”. Media control is another aspect of the gradual democratic breakdown in Warsaw, but the credibility of the state media has been declining: those who do not consider these broadcasters reliable have risen from 5% in 2012 to 26% in 2019, according to research.

Despite the limitations imposed by the government, around 120 thousand and 200 thousand Poles per year perform irregular abortions or travel abroad, according to the NGO Federation for Women and Family Planning. According to a 2014 survey, 65% of the country’s population is against abortion, 27% is in favor and 8% have no opinion.

These were the details of the news Resistance as banning legal abortion takes Polish government by surprise for this day. We hope that we have succeeded by giving you the full details and information. To follow all our news, you can subscribe to the alerts system or to one of our different systems to provide you with all that is new.

PREV Burkina Faso’s army chaplains tested by extremist conflict
NEXT Blinken, Austin urged to do more to protect Afghans who worked for US