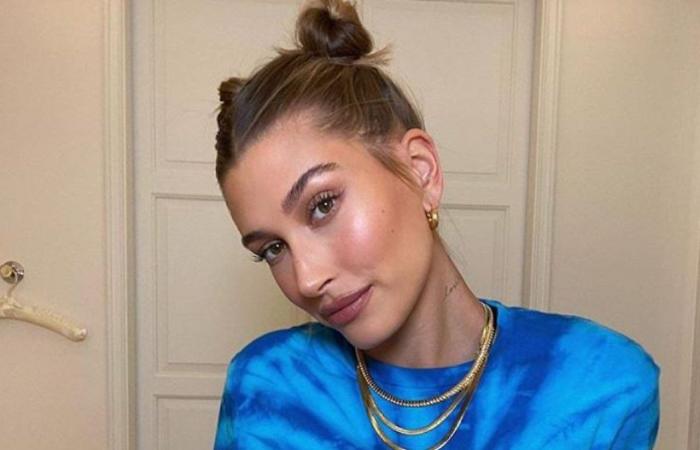 The time will come in exactly one week. Then there will be elections in the USA and it will be decided whether Donald Trump will remain president of the country or Joe Biden will follow in his footsteps. For many celebrities, their favorite is certain. They support Biden in a variety of ways.

On November 3rd, the United States will decide who will rule the country for the next four years. The election campaign of Republican President Donald Trump and his Democratic challenger Joe Biden is accordingly in the hot phase. For many prominent voters, however, it is already clear who they will vote for: Joe Biden.

Actor Dwayne “The Rock” Johnson is one of the Biden fans. He has recently become the most subscriber on Instagram thanks to more than 200 million American followers. At the end of September, he used this reach politically for the first time and posted a video in which he spoke to Joe Biden and his vice-presidential candidate Kamala Harris and openly acknowledged them. “In my opinion, you led with great compassion, a lot of energy and a great heart,” the “Skyscraper” star praised the politician. “You both obviously have experience leading.”

On the evening of the televised debate between Harris and Mike Pence, the two candidates for the office of Vice President, Taylor Swift also stood up for the Democratic team. In case her stomach growled during the TV duel, Swift had taken good precautions – with Biden / Harris cookies. On Twitter, she presented the delicious delicacies to her almost 87 million followers.

An editorial appeared in V Magazine on the same day in which Swift openly speaks out for Biden and Harris. “The change we need most is to elect a president who recognizes that people of color deserve to feel safe and represented, that women deserve to be able to choose what happens to their bodies and what the LGBTQIA + community deserves to be recognized and included, “wrote the musician. Everyone deserves a government that takes global health risks seriously and puts people’s lives first.

In the “Thought Leaders” edition of the US fashion magazine, numerous other stars commented, including the actresses Laura Dern, Julianne Moore and Jennifer Lawrence, model Emily Ratajkowski and the singers Halsey and Billie Eilish. Most of them promoted Biden, or at least turned against Trump. “As good as it feels to shout your opinion, a more empathetic approach produces more results,” said “Captain America” ​​actor Chris Evans in his post.

Model Hailey Bieber is one of the public supporters of the democratic camp. The wife of singer Justin Bieber called for voting on the social media platform Instagram in early October. In the accompanying snapshots she can be seen in a tie-dye shirt with Biden print.

“It is World Mental Health Day, and the state of our country and its future have affected my mental health,” writes Bieber in her post. “We have to work together to bring about the change we want.” The 23-year-old doesn’t seem to agree politically with her father, actor Stephen Baldwin. He’s an ardent supporter of Donald Trump.

Hollywood star and Oscar winner Brad Pitt also supports Joe Biden. So much so that he dubbed an election commercial for the US Democrat called “Make Life Better”.

In it he says, among other things, “America is a place for everyone. For those who chose this country. For those who fought for it. Some of them are Republicans, some are Democrats. And most of them are somewhere in between.” But only Biden would be a “President for all Americans,” according to the clip. He treats all people with respect, listens to them and, unlike Donald Trump, stands for the truth.

A true Hollywood power couple will also make their crosses with the Democrats on November 3rd: Jennifer Lopez and Alex Rodriguez. Via video chat, the two spoke with Joe Biden and his wife Jill about important topics in the Latino community, which J.Lo shared with her 132 million followers on Instagram. In it she expresses her wish to see the USA “united” as a nation and to “get rid of this hatred”. The thought of her children “walking around in a world where it’s okay to be racist or prejudiced” made Lopez “really sad”.

One of the musicians who would like Biden to be US President is Aloe Blacc. The soul singer and rapper said the current government in his home country has “no sense of humanity”. That is why it is “very important that we get a new president in the United States. One who understands the importance of his job and understands that the government’s responsibility is to protect the most vulnerable citizens.”

Blacc’s music colleague and compatriot Bruce Springsteen released a new video for his song “The Rising” from 2002 after the US Democratic party conference in August, at which Joe Biden was officially nominated as a presidential candidate. It shows, among other things, helpers in the coronavirus pandemic and Black Lives Matter protests. Biden is featured in the video giving a speech in which he explains, “We are the United States of America. There is nothing we cannot do if we do it together.”

Many well-known supporters from the show business took part in the nomination party conference itself. The (virtual) guests included musicians Billie Eilish and Common as well as Jennifer Hudson and John Legend. The latter, together with his wife Chrissy Teigen, is vigorously promoting the Biden team, especially after Kamala Harris joined them as a candidate for the vice-presidency. Legend wrote on Twitter that he was looking forward to “beginning the difficult work of recovering from this nightmare presidency.”

Duchess Meghan also made a plea for the Biden / Harris team and a clear statement against incumbent President Trump in August. In a contribution to the When We All Vote movement, Prince Harry’s wife called on American women to absolutely vote. Among other things, she said: “We all know what’s at stake this year.

And then there is Donald Trump’s predecessor, Barack Obama. The ex-president and his wife Michelle have been promoting the former vice president for some time with video messages. Last week, Obama made his first live appearance in the current presidential election campaign and openly criticized the current incumbent Trump.

In the embattled Swing State of Pennsylvania, he spoke of the “most important choice of our lives” and asked voters to “deliver” a third time “for the Democrats after his two terms in office – for his” friend Joe “. Donald Trump has repeatedly proven “that he is unable to take this job seriously”. On the subject of the corona pandemic, the 59-year-old said with regard to Trump’s own Covid 19 disease: “He did not even manage to protect himself.”

The list of other celebrities who publicly spoke out for Joe Biden and Kamala Harris is long. Among them are screen stars Eva Longoria, Jennifer Aniston, Tom Hanks, Leonardo DiCaprio and Mindy Kaling, singer Cher, basketball stars Stephen Curry and LeBron James, “Selma” director Ava DuVernay and rocker Tommy Lee. A good one and a half weeks ago, the latter even announced in the magazine “The Big Issue” that if Donald Trump were to be re-elected he wanted to move to his old home in Greece.

These were the details of the news From Brad Pitt to Hailey Bieber: How Celebrities Support Joe Biden for this day. We hope that we have succeeded by giving you the full details and information. To follow all our news, you can subscribe to the alerts system or to one of our different systems to provide you with all that is new.