The sweet spot of the flagella assembly 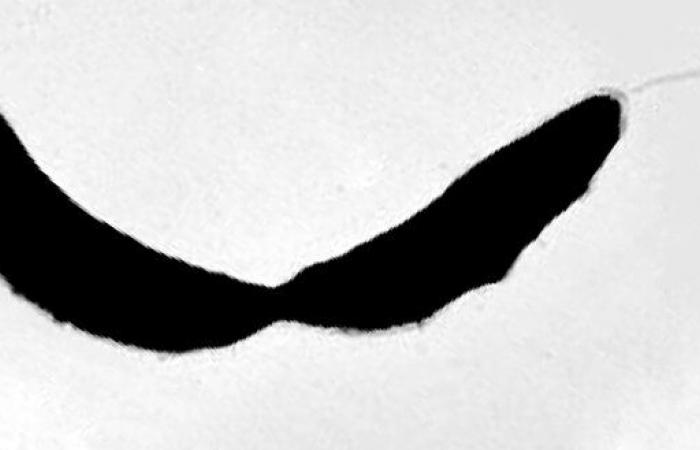 To build the machinery that bacteria can swim with, over 50 proteins must be put together in a logical and well-defined order to form the flagellum, the cellular equivalent of a boat’s offshore engine. To be functional, the flagellum is put together piece by piece and ends with the helix called the flagellar filament, which is made up of six different subunits called the flagellins. Microbiologists from the University of Geneva (UNIGE) have shown that the addition of sugar to the flagellins is of crucial importance for the structure and functionality of the flagellum. This glycosylation is carried out by a newly discovered enzyme FlmG, the role of which was previously unknown. Based on this observation, which you can read all about in the diary eLife– The researchers followed up with a second discovery published in Development cell. Among the six flagellins of Caulobacter crescentus, the model bacterium in the two studies, one is the special one that plays a signaling role to trigger the final assembly of the flagellum.

The flagellum is the locomotive engine of bacteria. Thanks to the flagellum, bacteria can swim towards food during an infection in Lake Geneva (Léman) or in the host. The flagellum – which is similar to an offshore engine due to its complexity – consists of a basic structure, a rotary engine and a screw propeller. It is synthesized within the bacteria in their cytosol. “The 50 proteins have to be produced one after the other and put together in the right order,” begins Patrick Viollier, researcher in the Department of Microbiology and Molecular Medicine at UNIGE. At the same time, the flagellum must be embedded in the bacterial envelope, which contains up to three layers of cells, before it can escape. Although the flagella subunits are known, many of the subtleties in the control and targeting mechanisms of flagella assembly are still poorly understood.

The UNIGE microbiologists examined the Caulobacter crescentus bacterium. “These bacteria are very interesting for studying flagella because they produce two different daughter cells: one has a flagellum and the other does not. They are ideal for understanding what it takes to build a flagellum, ”explains Nicolas Kint, co-author of the study. Another peculiarity is that the flagellar filament of this bacterium is made up of six flagellin subunits, which means that it is not the result of the polymerization of a single protein, as is the case with many other bacteria. “When we analyzed these six flagellins, we found that they were decorated with sugars, which indicates that a glycosylation step – an enzymatic reaction that involves adding proteins to proteins – was taking place and needed to assemble. It was a surprising discovery as this reaction is not very common and not well understood in bacteria, “continues Professor Viollier.

Viollier’s research team was able to demonstrate that the glycosylation of the six flagellins that make up the filament is essential for the formation and functionality of the flagellum. “To demonstrate this, we first identified the gene that produces the glycosylation enzyme FlmG. If it is absent, bacteria without a flagellum will develop. Second, we genetically modified another type of bacteria, Escherichia coli, to express one of the six flagellins. The glycosylation and sugar-producing enzymes from Caulobacter crescentus. All of these elements are required to obtain a modified flagellin, “adds Nicolas Kint.

The study sheds light on the bacterial propeller arrangement

Provided by the University of Geneva

These were the details of the news The sweet spot of the flagella assembly for this day. We hope that we have succeeded by giving you the full details and information. To follow all our news, you can subscribe to the alerts system or to one of our different systems to provide you with all that is new.

PREV TLP ends Lahore sit-in as government accedes to demands
NEXT Stop 'bossing others around,' Chinese president warns US