Dozens of deaths after receiving a flu vaccine in a government... 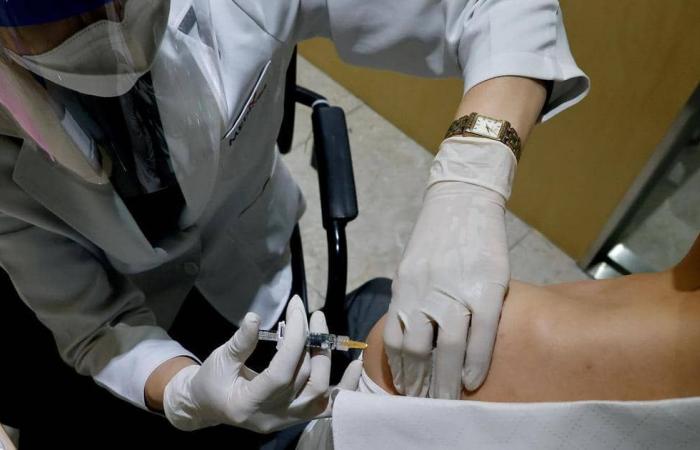 As winter approaches, governments are urging their citizens to get vaccinated against Influenza virus Whose symptoms are similar to: Corona, To reduce the incidence of the common disease that increases its spread in this season.

but in South KoreaPublic concern about the safety of influenza vaccinations has escalated after the death of at least 48 people this October, after receiving vaccinations.

About 5 million doses were disposed of during the month of September, after they were left at room temperature, while they should have been placed in refrigerators.

However, the authorities said that they did not find a direct link between the deaths and the vaccination doses, and sought to reassure their citizens of the safety of the influenza vaccine, the disease that causes at least 3,000 deaths annually across South Korea.

“The benefits of vaccination are much greater than its side effects,” Health Minister Pak Nyung-ho said during a press briefing, and this is agreed upon by WHO experts and local and foreign experts.

Seoul urged its citizens to vaccinate against influenza in the free government campaign, and to reduce the chances of an outbreak coinciding with the battle against the Corona virus.

Approximately 1,500 elderly people died last year within 7 days of receiving the flu vaccine, but the government said these deaths had nothing to do with vaccinations.

On the other hand, it was stopped Singapore Temporarily using two flu vaccines as a precaution, after the death of dozens of those who received them in South Korea, it became one of the first countries to publicly announce a moratorium on the use of vaccines.

The Ministry of Health and the Health Sciences Authority in Singapore said in a statement, on Sunday, that “no deaths related to influenza vaccination have been reported in the country so far, but the decision to stop using the two vaccines was a precaution.”

The statement added that the Health Sciences Authority “is in contact with the South Korean authorities to obtain more information, as they are investigating to determine whether the deaths are related to influenza vaccines.”

And confirmed health authorities in Singapore said that two other influenza vaccines may continue to be used.

These were the details of the news Dozens of deaths after receiving a flu vaccine in a government... for this day. We hope that we have succeeded by giving you the full details and information. To follow all our news, you can subscribe to the alerts system or to one of our different systems to provide you with all that is new.