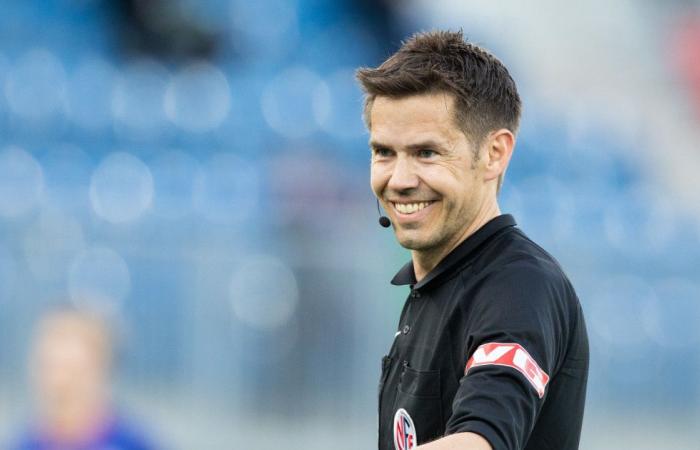 Top judge Tom Harald Hagen appears as gay, the day after the brawl at Intility Arena.

It is in an interview with the newspaper Glåmdalen that the football referee takes the magazine from his mouth.

– I do not want this to be angled as if I stand out as gay. For me, it has always been a completely natural part of life. You ask me if I’ve been thinking about this for a while, but I have not. I have been with girls and have not announced it to anyone. The same has been natural when I had a male partner, he tells the newspaper.

Hagen is one of the most profiled football referees in Norway. He refereed the match between Vålerenga and Kristiansund last night. The settlement at Intility Arena got attention because Kristiansund player Flamur Kastrati shouted “fucking rubbish” to Vålerenga coach Dag-Eilev Fagermo.

– It is the pinnacle of irony that it is exactly me who judges that match, says Hagen, who – during the match – did not get the words that fell.

The noise yesterday will be followed up by Kristiansund and the Norwegian Football Association.

No active top players or referees have previously appeared as gay.

– It should not be like that. On the girls’ side it is more open, but it has been very closed on the men’s side. I will not speculate if anyone else thinks like me – that they do not need to stand up. But I have not heard of anyone else in the football community who is gay, Hagen says to the newspaper.

Dagbladet has not succeeded in contacting Hagen on Monday night. But to Glåmdalen he says:

– It’s a bit scary thing here, I do not know how much fuss there will be afterwards… But it might be a good timing after all.

– That he stands out now is brilliant timing. I have read the article in Glåmdalen. And this is no greater thing than that he has not liked being in the public eye. But that he stands out, I think can pave the way for more people to do so.

– There is, of course, respect for what he does. So I do not hope that it will be sensational for someone to come forward, but that it is more a natural part of everyday life and reality that you can do it.

– What do you think about the punishment of Kastrati?

– It is twisted in isolation. I do not have a good answer to that. But I like the Stop campaign’s idea of ​​behavior change and not giving people a cold hand.

The reactions on social media can not wait until Monday night:

– Tom Harald Hagen has always had my respect as a referee, reports football expert Lars Tjærnås.

– Now that respect also applies to the highest degree as a human being, a role model and someone who paves the way for others.

Chief Justice Terje Hauge has not responded to Dagbladet’s inquiries.

The case is being updated!

These were the details of the news Appears as gay for this day. We hope that we have succeeded by giving you the full details and information. To follow all our news, you can subscribe to the alerts system or to one of our different systems to provide you with all that is new.