Sports restrictions are back in Italy, Spain and Belgium 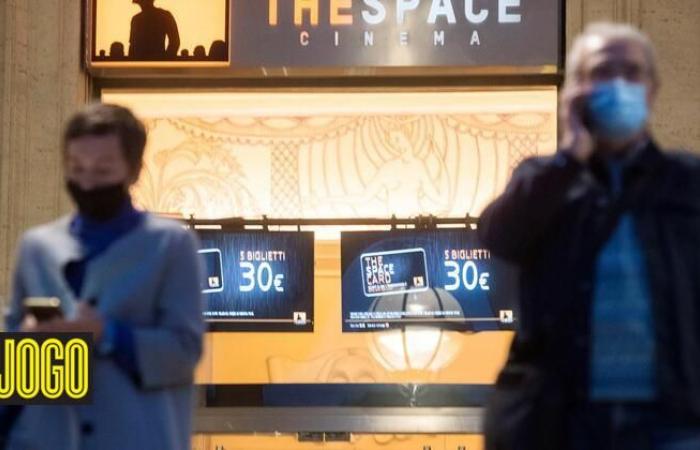 In Italy, as of today, football closes the door on fans again, just like in the Brussels region, and almost all amateur sport will have to stop. Restrictions in Spain cause fear for the Vuelta

Several European countries are adopting measures to combat the covid-19 pandemic that constitute a genuine return to the recent past, imposing a series of restrictions that again affect the practice of sports.

Italy, which in the last five days recorded more than 15 thousand new daily cases of contagion and yesterday had more than 21 thousand (128 dead), closes as of today almost all amateur sport, namely training, contact modalities, the frequency of gyms, swimming pools and even playful games among friends in open spaces. Outdoor sports that allow for distance, tennis, paddle tennis or athletics are allowed. The measure covers theaters and cinemas and will last until November 24, at least, while restaurants and bars will have to close from 18:00.

Italian football, which allowed a maximum of one thousand spectators on the stadium benches, will be closed again and only the professional and national divisions – Series A, B, C and D – will remain, with regional and district competitions being suspended. . With several regions already under curfew (those of Naples, Rome and Lombardy), the newspaper “La Repubblica” says that these decisions will affect more than ten million Italians who regularly practice sport.

Spain has been in a state of emergency since yesterday and it could last for six months. Obligatory curfews were imposed between eleven at night and six in the morning, throughout the territory, with the exception of the Canary Islands, with each autonomous region being able to delay or advance one hour depending on local characteristics. The measure caused apprehension in the organization of Volta a Espanha, which started on Tuesday and has today the first day of rest.

The Vuelta caravan is expected to continue to cross the northern half of the peninsula and its autonomous communities until 8 November, when the end is expected in Madrid, under the exceptions foreseen for professional sport. Javier Guillén, the race director, said that all the measures are being followed so that the race can continue and that the curfew does not interfere. However, he admitted that he was not in a position to guarantee “at this moment that there will be no restrictions that could affect the Vuelta”.

In Belgium, the capital region, Brussels, has also reversed when it comes to supporters in stadiums, which close the gates of the stands again. Cultural spaces will also remain closed until November 19 and among the measures announced by the Prime Minister, Alexander de Croo, is the anticipation of the curfew from midnight to 10 pm and the closing of restaurants at 8 pm in that region. The 15 432 new positive cases recorded on Saturday constitute a peak in Belgium since the start of the pandemic.

These were the details of the news Sports restrictions are back in Italy, Spain and Belgium for this day. We hope that we have succeeded by giving you the full details and information. To follow all our news, you can subscribe to the alerts system or to one of our different systems to provide you with all that is new.