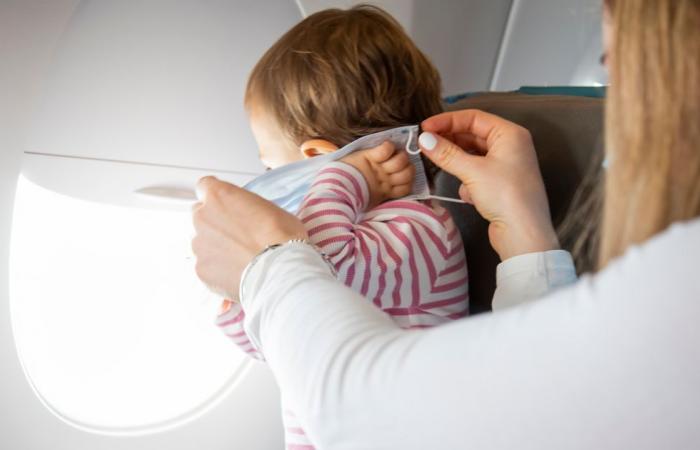 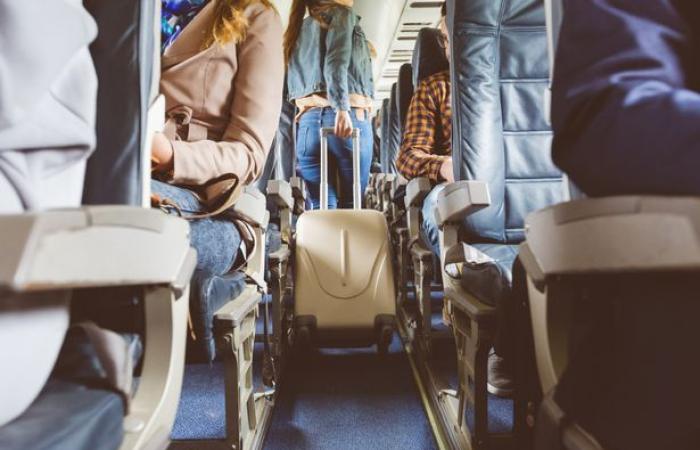 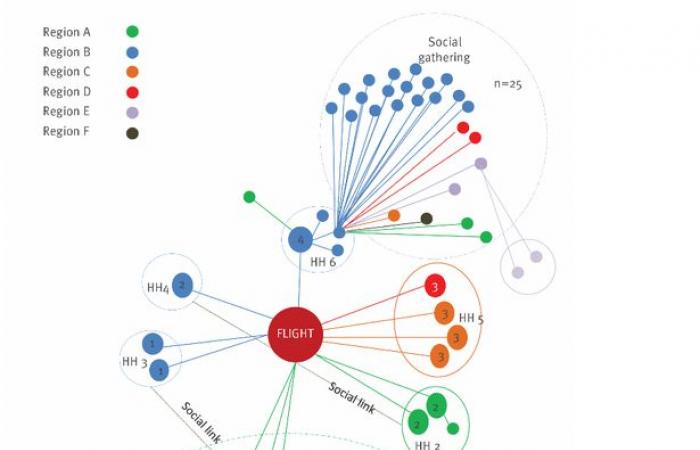 A new report broke down how 59 people linked Covid-19 to a half-full flight to Ireland this summer.

The study was published by the European journal Eurosurveillance in collaboration with the Health Service Executive and shows how the virus can be transmitted during flight.

The outbreak of the falls was linked to a seven and a half hour flight from the Middle East to Ireland.

13 people who were on the flight were later diagnosed with coronavirus.

Most of them had traveled together in small groups but were seated in different areas of the plane.

The first case was noted after two passengers developed symptoms two days after landing in Ireland.

Another 11 passengers were later diagnosed with the virus, but the study said “the source case is unknown”.

The ages of the 13 flight cases ranged from one to 65, and at least nine of the passengers were wearing masks.

Based on the positive test results, passengers classified as close contact were defined as two seats in each direction from the cases and also tested.

The report added that 15 passengers came back negative, one passenger was not tested, while another 11 could not be contacted.

After a risk assessment, the 12 crew members on board were advised to quarantine for two weeks.

Some of the 13 passengers infected have passed the coronavirus on to 46 other people with whom they had contact after their flight.

One of the passengers involved passed the virus on to three members of her household, one of whom passed it on to 25 while staying in what is known as a “shared flat”.

A total of 59 cases were associated with this flight.

Four people had to be hospitalized and one was in intensive care.

The report added, “the last case of the entire outbreak occurred 17 days after the flight”.

Eurosurveillance said, “Air travel has accelerated the global pandemic and contributed to the spread of coronavirus disease,” and the authors said this outbreak “demonstrates in-flight transmission”.

“This study is one of the few that has so far demonstrated the transmission of SARS-CoV-2 (Covid-19) during the flight with comprehensive transmission.

However, they also said: “Contact details in airline manifests can be poor. During this outbreak, 11 passengers could not be contacted and consequently were not tested. ”

The report stated that “the incubation period for Covid-19 may only be two days, so there is potential for in-flight / airport transmission in this outbreak” as symptoms began within 48 hours of the flight.

It added that “in-flight transmission is a plausible exposure” for two of the groups that tested positive for Covid-19 based on their seating positions.

Eurosurveillance said: “Following this outbreak, Ireland expanded the ECDC guidelines for a period of three months to include a warning informing all passengers of a positive case on board and highlighting Ireland’s 14-day restricted movement policy for all travelers Abroad, apart from a regularly checked shortlist of countries. ”

The study also found that distancing and limited interaction between crew and passengers, as well as wearing masks, can help prevent the transmission of Covid-19 during flight.

These were the details of the news Incredible breakdown of how a flight less than half full to... for this day. We hope that we have succeeded by giving you the full details and information. To follow all our news, you can subscribe to the alerts system or to one of our different systems to provide you with all that is new.