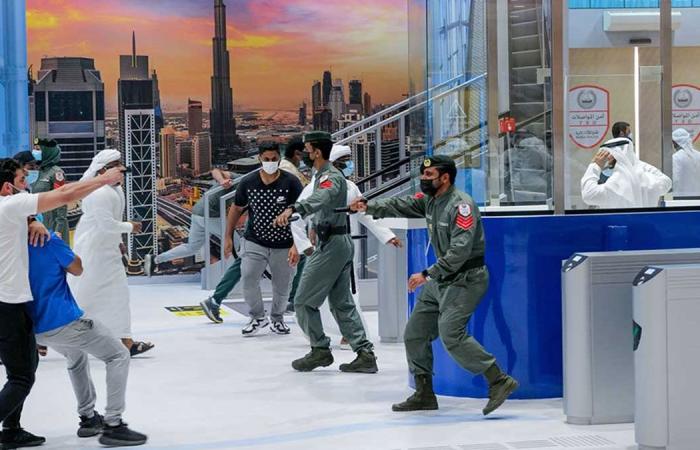 Dubai revealed, on Sunday, 5 platforms that specialize in harnessing artificial intelligence in serving security tasks, including face recognition technology that will be used in public transport.

This came during the inauguration of Sheikh Hamdan bin Mohammed bin Rashid Al Maktoum, Crown Prince of Dubai, “Hamdan Smart Station for Simulation and Training,” affiliated to the Transportation Security Department in Dubai.

According to the Emirates News Agency (WAM), this station aims to “support and enhance security work by providing a training environment that simulates the ground.”

Sheikh Hamdan bin Mohammed affirmed that “the UAE has achieved an advanced position within all sectors, especially the security sector, to ensure its leadership and keenness to consolidate the foundations of the security system and ensure safety for society in its various categories and institutions, in line with the requirements of the times, and confirms the high ability to face challenges.”

The Transportation Security Administration organized a simulation of an attack in a copy of a metro station, under the gaze of Sheikh Hamdan bin Mohammed.

The simulation included “a presentation of a hostage-taking scenario in a metro station, where the rapid intervention team demonstrated their capabilities and readiness to deal with various situations, and to face any danger that the transport and communications sector might face,” according to WAM.

The laboratory hall of the Hamdan Smart Station for Simulation and Training includes 5 platforms, the first one is concerned with harnessing artificial intelligence in the service of security tasks through the face recognition system, which is characterized by nine smart features that reduced the identification time from five working hours to a few minutes.

The official in the Transportation Security Department, Jamal Ahmed Rashid, told AFP that the facial recognition system “is in the machine learning stage of public transport, and will be implemented in the coming months in all stations.”

Rashid explained that in the past, “to identify a wanted or suspected person, it took at least five hours. Today, with the modern system, this can be done in less than a minute. The system gives complete results. ”

As for the second platform, it includes smart tools used in managing transportation security, and includes 25 smart helmets and ten smart glasses.

According to “WAM”, these tools have been used to confront the emerging corona virus in 24 locations, as these smart tools can monitor the temperature of public transport visitors in record time and with a maximum of 200 people per minute.

This platform also includes the smart paging system, which is electrical buttons that connect to a wristwatch worn by the security official and distribute these buttons to important sites in stations and officials and when the button is pressed, an alert reaches the watch at the calling site from a distance of 100 meters.

The third platform includes drones that are used to manage crowds in various events and crises, and it is equipped with thermal cameras that can photograph at any time of the day or night to detect potential hazards on the railways.

It also has the feature of remote photography by approximation, and has been equipped with a loudspeaker for guidance in multiple languages.

These aircraft were equipped with live broadcast systems in the Transportation Security Operations Room, and were linked to a ground station that provides them with continuous energy while in the air for up to 8 hours continuously for comprehensive coverage of any event or event.

As for the fourth platform, it includes a project to rehabilitate transport security officers to investigate train and railway accidents, in cooperation with the World Federation of Public Transport, where a group of cadres were sent to study the specialties of train electricity and mechanics.

The fifth platform of the Hamdan Smart Station Laboratory is specialized in specialized teams, namely the “SWAT” forces in transportation security, and concerned with rapid intervention in the face of potential crises.

These special units will be deployed in the major metro station that will serve the site of the World Expo hosted in Dubai, starting in October 2021.

These were the details of the news Dubai uses facial recognition technology on public transport – Reuters for this day. We hope that we have succeeded by giving you the full details and information. To follow all our news, you can subscribe to the alerts system or to one of our different systems to provide you with all that is new.