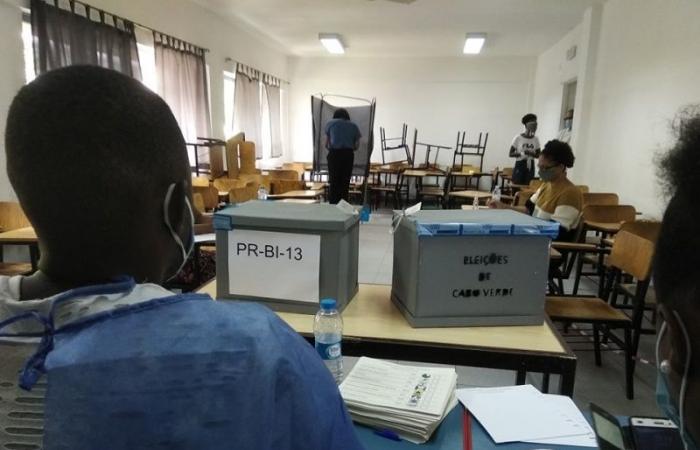 The results of this Sunday’s election night took MpD leaders by surprise who saw the Praia City Council change hands for the PAICV. Of the 20 municipalities that MpD won in 2016, it maintained 14.

Santiago is now an island divided between MpD and PAICV.

The party led by Janira Hopffer Almada managed to win the elections in five of the nine municipalities on the island (Praia, São Domingos, Santa Cruz, Ribeira Grande de Santiago and Tarrafal). In addition to these, the ‘reconquered’ municipality of São Filipe, in Fogo, maintains Mosteiros, also on the island of the volcano and wins in Boa Vista.

With the results known, Janira Hopffer Almada, president of the PAICV, thanked “all Cape Verdeans for the confidence shown in our candidacies” and then said that the whole “campaign was an unequal fight”. The PAICV president later chose to highlight the victories in the São Filipe chambers “always so symbolic for PAICV”, as she said, and in the Praia City Council.

“Happening this victory is a victory for Praia and all the people of the state”, said, in turn, the new mayor of Praia, Francisco Carvalho, who then ensured that “everything we talked about during the campaign” are promises to be kept during the mandate. “It is to fulfill and do. We are going to bring a new way of doing politics, a chamber that will serve to relieve the life of the people of Praias! It will be a beach for everyone”, guaranteed the head of the list of the PAICV candidacy in the capital ” .

MpD, in turn, surprised at Praia, won in São Lourenço dos Órgãos, São Salvador do Mundo, Santa Catarina and Calheta de São Miguel. In Fogo he maintained his leadership in Santa Catrina do Fogo. To the north he won in all the Santo Antão chambers, in São Nicolau and Sal. In São Vicente the MpD, despite the victory, is forced to negotiate with UCID to have a majority in the Municipal Assembly.

At the end of the night, when the results (although provisional) were already known, the MpD municipal coordinator, António Maurício dos Santos, stated that the MpD will “investigate” and “analyze what happened” and that it led the party that sustains the government from losing elections in the capital. Even so, Maurício dos Santos highlighted, “the MpD won in 14 of the 22 chambers and remains the largest Cape Verdean autarchic party”.

“Democracy worked. We lost some chambers and we won others,” added António Maurício dos Santos before giving the floor to Óscar Santos.

The candidate and ex-mayor, Óscar Santos, recognized that “the results are surprising. This was not the result we expected”.

These were the details of the news PAICV wins the Praia. MpD maintains most cameras for this day. We hope that we have succeeded by giving you the full details and information. To follow all our news, you can subscribe to the alerts system or to one of our different systems to provide you with all that is new.