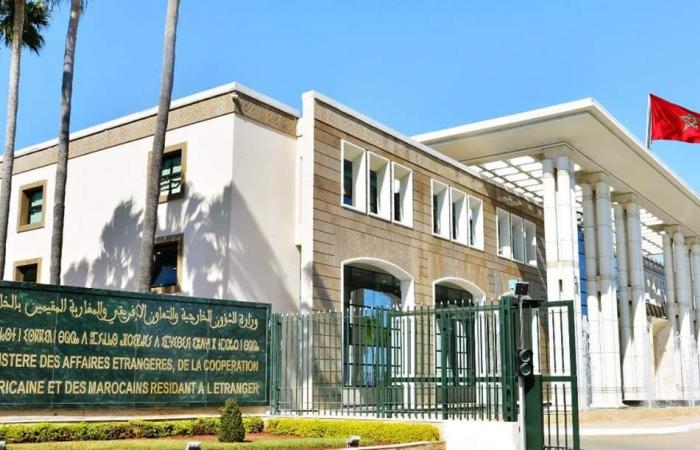 Rabat issued a statement on Sunday evening condemning “vigorously” the continued publication of cartoons “outrageous to Islam and to the prophet”. A position expressed by Moroccan diplomacy in a context marked by tensions between France and certain countries in the Middle East where a boycott of French products has been launched

According to a statement released on October 25, Morocco, through its diplomacy, said “Strongly condemn the continuation of the publication of cartoons outrageous to Islam and to the Prophet Sidna Mohammed, Peace and Salvation be upon Him”, we say.

The press release adds “To denounce these acts which reflect the immaturity of their authors, and reaffirms that the freedom of some stops where the freedom and belief of others begin”. The Ministry of Foreign Affairs, African Cooperation and Moroccans living abroad also reaffirms that “Freedom of expression can not, under any reason, justify the insulting provocation and the insulting offense of the Muslim religion which has more than two billion faithful in the world”, one emphasizes.

“As much as it condemns all obscurantist and barbaric violence allegedly perpetrated in the name of Islam, the Kingdom of Morocco stands up against these insulting provocations of the sacredness of the Muslim religion”, notes the same source.

“The Kingdom of Morocco, like other Arab and Muslim countries, calls for an end to stir up resentment and to demonstrate discernment and respect for otherness, as a prerequisite for living together and for dialogue. serene and healthy religions ”, concludes the press release.

As a reminder, on the same October 25, French diplomacy issued a statement in which it called on several countries in the Middle East to stop initiating any call to boycott French products.

Publicized on social networks and carried out in supermarkets in countries such as Qatar or Oman, the boycott comes in response to Emmanuel Macron’s comments on the place of Islam in France, but also to the republication of caricatures of Charlie Hebdo featuring the prophet of the Muslim religion.

“We will not give up caricatures, drawings”, had hammered the French president in a speech delivered on October 23 during the tribute ceremony to the teacher Samuel Paty, beheaded in the street by an 18-year-old Chechen Islamist for showing a caricature of Charlie Hebdo in class.

On social networks, Emmanuel Macron responded personally to the anti-French calls: “Nothing will make us back down, ever. Freedom, we cherish it, equality, we guarantee it, fraternity, we live it with intensity. Our history is that of the struggle against tyrannies and fanaticisms. We will continue. We respect all differences in a spirit of peace. We do not accept hate speech and stand for reasonable debate. We will continue. We will always stand on the side of human dignity and universal values ​​”, he wrote, in French, English and Arabic.

Although he does not quote Macron by name, the Moroccan diplomacy press release echoes the position of the Organization of Islamic Cooperation, which brings together 57 Muslim states, denouncing “The speech of certain French politicians, inciting to hatred and serving only partisan political interests”.

These were the details of the news Morocco condemns continued publication of the prophet’s cartoons for this day. We hope that we have succeeded by giving you the full details and information. To follow all our news, you can subscribe to the alerts system or to one of our different systems to provide you with all that is new.