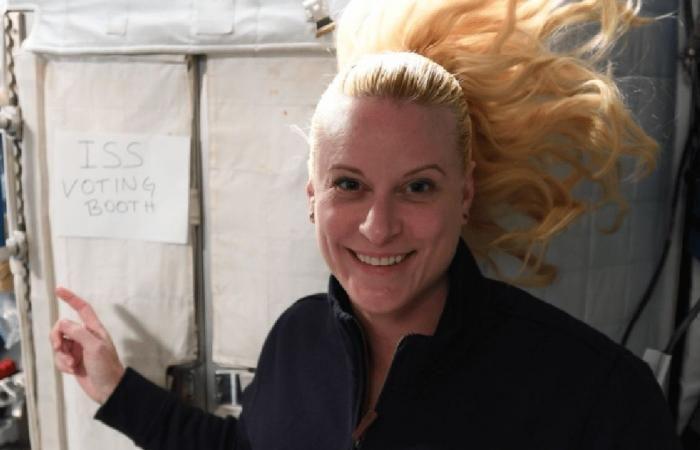 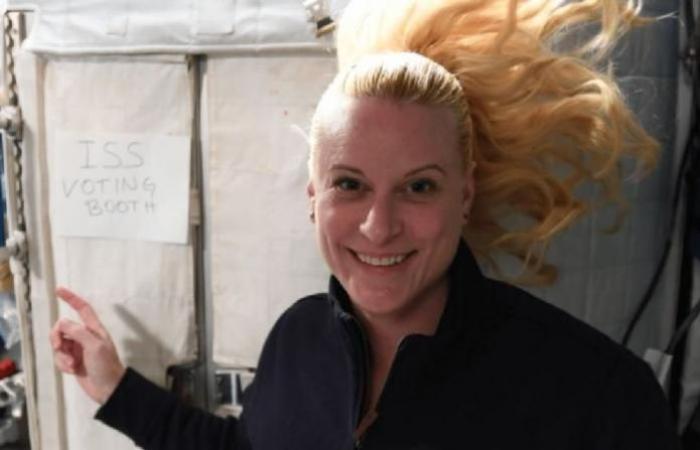 This story is part of 2020 elections, CNET’s coverage of November election preparations.
Regardless of how you cast your vote, you must admire this NASA astronaut who managed to cast her vote from space. Kate Rubins, currently aboard the International Space Station, posted a photo of herself in front of a padded booth labeled “ISS Voting Booth” with the text “From the International Space Station: I voted today”. NASA notes that this is not Rubin’s first vote from space. She did this in 2016 when she was also on the ISS.

“I think it’s really important that everyone votes,” said Rubins in a video uploaded by NASA. “And if we can make it out of space, then I believe people can make it from the ground, too.” Rubins’ six-month ISS mission began on October 14, which was also her 42nd birthday.

Most astronauts choose Texas because they are moving to Houston to train. However, NASA said those wishing to vote as residents of their home state can take special precautions.

Ballot papers from the district in which the astronaut is registered are tested on a training computer in the space station. The actual reconciliation slip is then created and forwarded to the ISS with the crew-specific credentials to ensure safety. The completed voting slip is electronically sent back to Earth for official return.

“Voting in space has been possible since 1997, when a bill was passed that allowed legal voting in space in Texas,” NASA said in a statement. “Since then, several NASA astronauts have taken on this civic duty from orbit. With NASA working to send astronauts to the moon and eventually Mars in 2024, the agency plans to continue to ensure that astronauts who want to vote in space are able no matter where they are in the solar system. ”

NASA expected the U.S. astronauts to vote with Rubins from space on the SpaceX Crew 1 mission to the ISS, but their mission has been postponed to early to mid-November so they can now vote from Earth.

To run:
Look at this:


Make a plan to vote for the November election