The campaign to boycott French products occupies the largest part of... 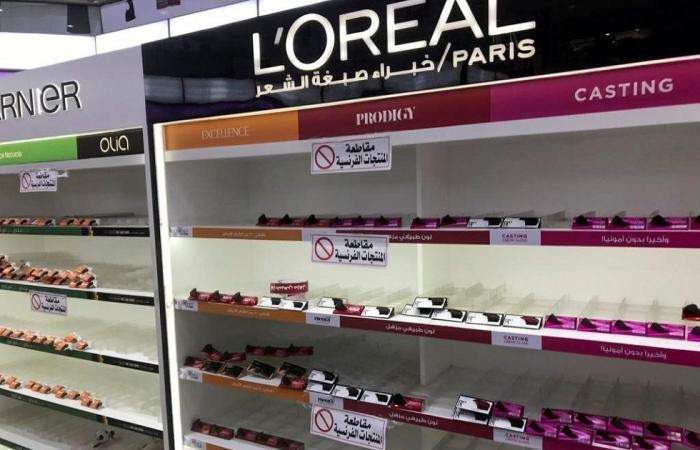 The most prominent French media highlighted the campaign to boycott French products, which was launched in many Arab and Islamic countries.

The BFMTV website said that “tension is increasing between France and some Islamic countries,” coinciding with the boycott campaigns in the Gulf countries, Turkey and Iran.

The RFI website confirmed that the boycott campaign “may harm many French companies,” and that the matter is not limited to food items, as 430 travel agencies decided to suspend the purchase of airline tickets to France.

The French Foreign Ministry said that recent days have witnessed calls in a number of countries in the Middle East to boycott French products, especially food, in addition to calls to demonstrate against France due to the publication of cartoons about the Prophet Muhammad.

The French Foreign Ministry considered that “these calls for a boycott are baseless and must be stopped immediately, as are all attacks targeting our country that are being pushed by the extremist minority.”

These were the details of the news The campaign to boycott French products occupies the largest part of... for this day. We hope that we have succeeded by giving you the full details and information. To follow all our news, you can subscribe to the alerts system or to one of our different systems to provide you with all that is new.