Spain decrees state of emergency by May 2021 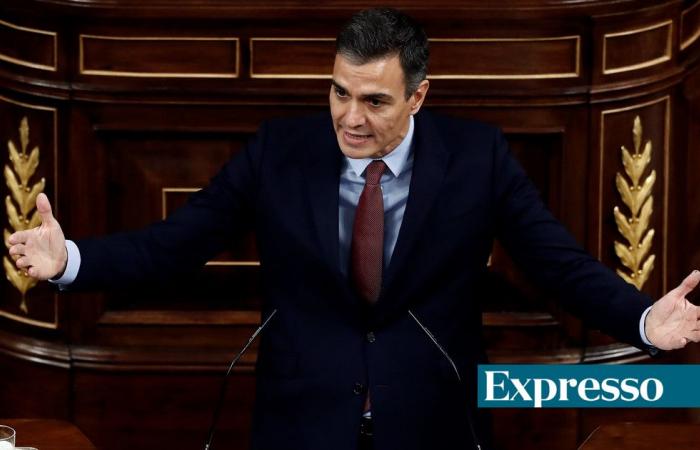 Pedro Sanchez’s government approved on Sunday morning the establishment of a state of emergency during an extraordinary Council of Ministers. It will be banned to circulate between 11 pm and 6 am, configuring what the Spanish press calls “night confinement”.

However, this time, the state of emergency is expected to last for six months, more precisely until May 9, with mandatory curfews going on, with each autonomous community having the margin to delay or advance the hour of the curfew. Border closure is not foreseen and the Canaries will have an exceptional status due to the low level of contagion and the importance of tourism.

Other restrictions are also foreseen, namely in terms of social gatherings. No more than six people can meet, unless they are cohabitants. Travel between autonomous communities will be prohibited, except in duly justified situations for reasons of health or work. The control will be done by the security forces. The objective, according to Sanchez, is to make the number of cases per 100 thousand inhabitants drop to 25. At the moment, in Spain, there are 400 cases of infected by covid-19 per 100 thousand inhabitants.

The covid-19 virus has so far infected more than one million people in Spain (a barrier that was passed, by the way, on Wednesday this week, making it the first country in Western Europe to overcome one million infected). About 35 thousand people died.

“El País” had already anticipated, based on information from Executive sources, that the measure could take effect for several weeks. Most autonomous communities supported it, given the exponential increase in the number of cases of infection in the country.

It is one of those provided for by the Spanish Constitution (article 116) for “natural disasters, health crises, crisis in the supply of essential goods and stoppage of essential services” – the others are the state of exception and of siege.

The state of emergency was first enacted in Spain on December 10, 2010, when a strike by air traffic controllers forced the cancellation of air traffic in the country. The second time was during the covid-19 pandemic, on March 14, having lasted for 98 days.

At the time, drastic measures were imposed to try to contain the transmission of the virus (which implied an economic paralysis), which is not the intention of the Executive at this moment, says “El País”, which speaks of “lighter measures”. Totally confining the country is not an option on the table.

These were the details of the news Spain decrees state of emergency by May 2021 for this day. We hope that we have succeeded by giving you the full details and information. To follow all our news, you can subscribe to the alerts system or to one of our different systems to provide you with all that is new.