NASA will share an “exciting new discovery” about the moon on... 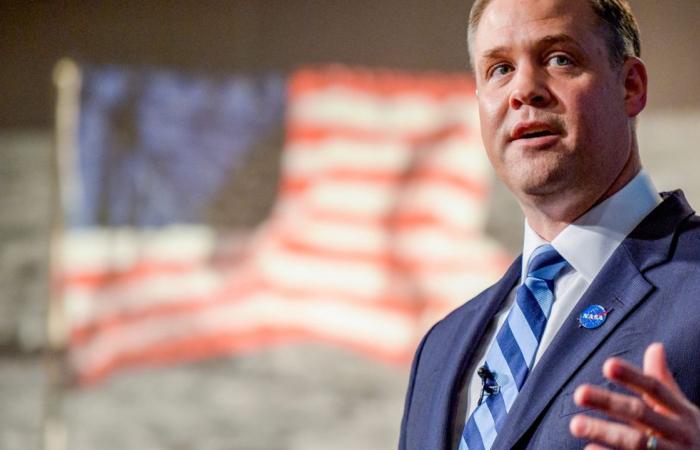 NASA made a cryptic announcement this week: It has “an exciting new discovery” about the moon, but it won’t reveal the finding yet.

Instead, the details will be announced in a press conference on Monday and the audio streamed live online. (You can adjust via the embed below.)

“This new discovery adds to NASA’s efforts to learn about the moon in support of space exploration,” the agency said. “Understanding the science of the moon also helps summarize the broader history of the inner solar system.”

NASA’s Artemis program aims to send astronauts back to the lunar surface by 2024 and later establish a lunar base from which they can hopscot the first humans to Mars. It is not yet clear how the mysterious new discovery could affect these plans.

However, we do know that the discovery was made by NASA’s Stratospheric Observatory for Infrared Astronomy, a modified Boeing 747 jet aircraft that uses a 9-foot telescope to take infrared images of planets and other objects in our solar system. The plane flies approximately 41,000 feet above the earth.

Four NASA officials and scientists will discuss the results on Monday at 12 p.m. ET:

NASA TV will stream audio of the announcement here:

Before astronauts land on the lunar surface, NASA plans to learn more about the moon’s natural resources – particularly its water deposits, which appear to exist primarily as ice near the lunar poles.

Astronauts (or robots) could supposedly break down, melt, and store this ice, and use electricity to split the water into liquid oxygen and hydrogen. Both elements are key to making rocket fuel.

So far, NASA believes that most of the ice exists at the south pole of the moon. So there are plans to send a drill and mass spectrometer there in 2022 to try and harvest some.

In 2023, the agency plans to launch a golf cart-sized lunar robot called the Volatiles Investigating Polar Exploration Rover (VIPER). During its 100-day lifespan, the rover will roll over rocky terrain and drill into sections of moon ice and soil to analyze their composition. The rover’s primary goal is to collect data that NASA can use to map the moon’s water resources.

If the moon actually contains a lot of water, it could help NASA achieve its goal of building a permanent lunar base. From there, astronauts could break down and produce fuel that could be used for trips home or deeper into space.

Harvesting resources on the moon, NASA administrator Jim Bridenstine said in September, would enable space explorers to “live on land”.

These were the details of the news NASA will share an “exciting new discovery” about the moon on... for this day. We hope that we have succeeded by giving you the full details and information. To follow all our news, you can subscribe to the alerts system or to one of our different systems to provide you with all that is new.