The ban on nuclear weapons comes into force 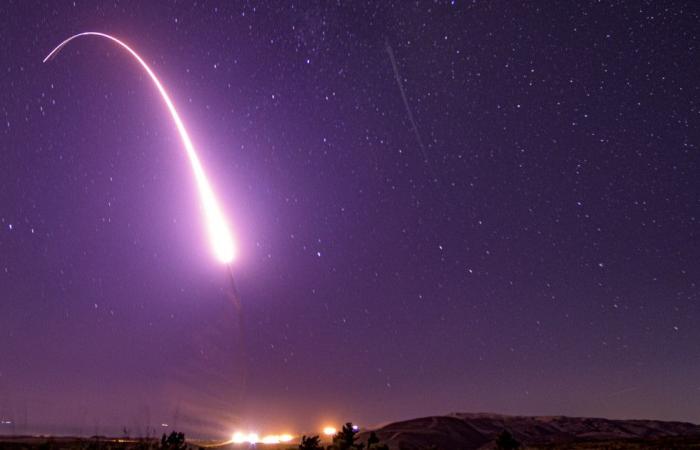 On Saturday – on the UN’s 75th anniversary – Honduras became the 50th country to ratify the agreement, according to the International Campaign to Ban Nuclear Weapons (ICAN).

But when the treaty enters into force on 22 January, no NATO country will take part in the celebration, not even Norway.

The Red Cross believes it is possible for Norway to join, even though allied countries such as the United States, France and the United Kingdom have nuclear weapons.

– Some have claimed that a Norwegian adherence to the UN ban on nuclear weapons is contrary to Norway’s obligations to NATO. We think that is wrong. There is considerable political and humanitarian room for maneuver in NATO, says Secretary General Bernt G. Apeland of the Red Cross in Norway.

He points out that Norway has said no to the deployment of nuclear weapons on Norwegian soil, and that the country has been a driving force for a ban on landmines and cluster munitions.

– We must not construct obligations as an excuse for failure to act. If Norway is to continue to be a credible champion of disarmament, we must also ratify the agreement. This is about political will, says Apeland.

Without China and Russia

Nor will the nuclear powers China, Russia, India, Pakistan, Israel and North Korea support the ban.

– This represents a meaningful commitment to the total eradication of nuclear weapons, which for the UN is the most important disarmament, he says.

The nuclear ban is one of the UN’s oldest targets. An overwhelming majority of the world’s states adopted the UN ban on nuclear weapons in 2017. 122 countries participated in the agreement.

ICAN hopes that the ban on nuclear weapons will lead to pressure that will lead to more countries eventually signing and ratifying the agreement. This has been seen to be the case for the previous treaties against landmines and cluster munitions.

– We have previously seen that companies stop producing weapons that are banned, and that financial institutions withdraw their investments from the industry, says Tuva Widskjold in ICAN Norway.

She points out that that process has already started when it comes to nuclear weapons.

– Large banks and pension funds have excluded nuclear weapons from their investment portfolio after the ban was adopted by the UN in 2017, she says.

SV: Flaut that Norway is outside

SV is pleased that Honduras signed on what was the 75th anniversary of the UN.

– It is fantastic that nuclear weapons are now banned, but embarrassing that it happens without Norway’s support. I would strongly urge the government and the Labor Party to turn around and be inspired by this historic moment of peace and disarmament. Norway must not end up on the wrong side of history, says SV leader Audun Lysbakken.

Norwegian People’s Aid believes that the ban creates a completely new dynamic in the international disarmament work, and that the work of getting more states to sign the ban starts now.

– This is a clear and distinct expression that the majority of the world states no longer accept that threats of mass murder of civilians are used as a defense strategy, and Norway should not accept it either, says Secretary General Henriette Westhrin of Norwegian People’s Aid.

In August, it was marked 75 years since the United States dropped its atomic bombs on Nagasaki and Hiroshima. A number of countries ratified in the months following the nuclear ban, including Nigeria, Malaysia, Ireland, Malta and Tuvalu.

Thailand, Mexico, South Africa, Bangladesh, New Zealand, Vietnam and the Vatican are among the countries that had already ratified the treaty.

These were the details of the news The ban on nuclear weapons comes into force for this day. We hope that we have succeeded by giving you the full details and information. To follow all our news, you can subscribe to the alerts system or to one of our different systems to provide you with all that is new.