The crisis is widening .. Medicines intended for heart patients are... 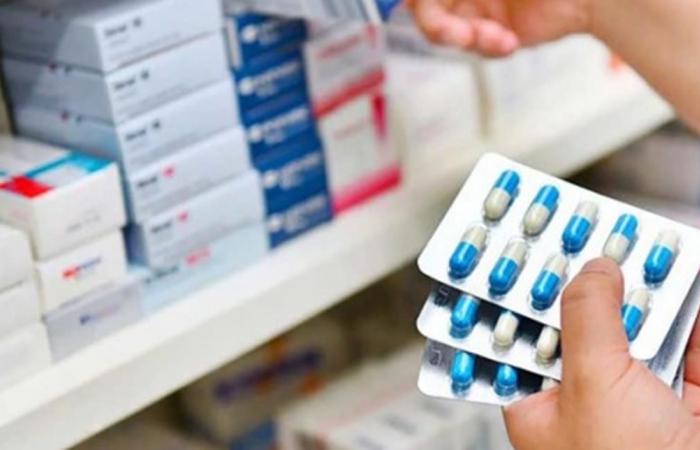 Under the title: “The crisis of drug shortage expands in Lebanon … Medicines intended for heart patients are missing from pharmacies,” a newspaper writesMiddle east“: The drug crisis has expanded in Lebanon, threatening the lives of patients, especially those suffering from heart diseases, due to the deterioration of some of them in their health after they were forced to stop taking a number of drugs intended for them because they are missing from pharmacies.

The head of the emergency department at Hariri Hospital, Dr. Nabil Shasha, warned of the consequences of losing medicines in general, especially those intended for heart patients, pointing out in an interview with Asharq Al-Awsat that this month witnessed an increase in the number of reviews by 40 percent in the emergency department Of patients with heart failure and other complications, as opposed to last month. He explained that a large number of these patients used to assure that they would stop taking their medications because they were missing from the market, and that he could not find a way to secure them.

Heart patients in Lebanon mainly complain of the loss of two types of medicines, namely: “Lasix”, which is a medicine manufactured locally with a license from a French laboratory, and has an alternative (Generic), but the alternative is also missing from the market; And “Centrum”, and there is no alternative for it in Lebanon.

Shasha, a cardiologist, points to the danger that patients who need these drugs for days will stop taking them, as stopping them exposes them – for example – to stopping taking Lasix to lung congestion and acute lung crisis. As for stopping taking Centrum, it may expose heart patients who put a metal valve to strokes.

Shasha points out that these drugs are cheap, which means that they are easier than others in terms of securing importing companies the bill for their import, adding that if the reason for losing them is the difficulty of securing the dollar, it is necessary for importers to give priority to one drug at the expense of another, and focus on those drugs that The patient cannot stop taking it, which has no alternative (such as Generic), with the assurance that in the original there should be no problems that lead to losing any kind of medicine from pharmacies.

The loss of these medicines in particular has prompted some doctors and observers to talk about an intended halt by some importers from importing them, because they are cheap; That is, it is not profitable to merchants. However, the head of the Pharmacists Syndicate, Ghassan Al-Amin, denied this matter, considering in an interview with Asharq Al-Awsat that the doctor is the one who controls the drug bill in Lebanon. Any other alternative medicine; that is, the pharmacist in most cases cannot replace the medicine prescribed by the doctor with a cheaper or more expensive medicine, ”in addition to the fact that the prices of these medicines are at the price of many other medicines.

Al-Amin reminds that Lebanon does not import “generic” sufficiently, and the adoption of “generic” in drug policy takes years, starting with determining the country of import and companies, feasibility study and drug registration, and ending with its marketing. Al-Amin reiterated that the reasons for the drug interruption, in addition to the delay in the Central Bank’s approval of the appropriations, the problem of the scarcity of the dollar, the desire of citizens in the past months to stockpile medicine, including the currently lost heart medicines, for fear of removing subsidies from them, and consequently the rise in their prices, in addition to smuggling that is active The fact that the price of medicine in Lebanon, which is sold in Lebanese pounds, has become the cheapest in the region, after the pound lost more than 70 percent of its value against the dollar.

Al-Amin assured that (lasix) will be available in the market next week, and that many imported medicines, including lost heart medicines, will return to the market soon, especially with the recent decline in the dollar’s ​​exchange rate on the black market, which means greater ease in securing it to importers. .

These were the details of the news The crisis is widening .. Medicines intended for heart patients are... for this day. We hope that we have succeeded by giving you the full details and information. To follow all our news, you can subscribe to the alerts system or to one of our different systems to provide you with all that is new.