Increased areas suffering from drought in the country, shows survey |... 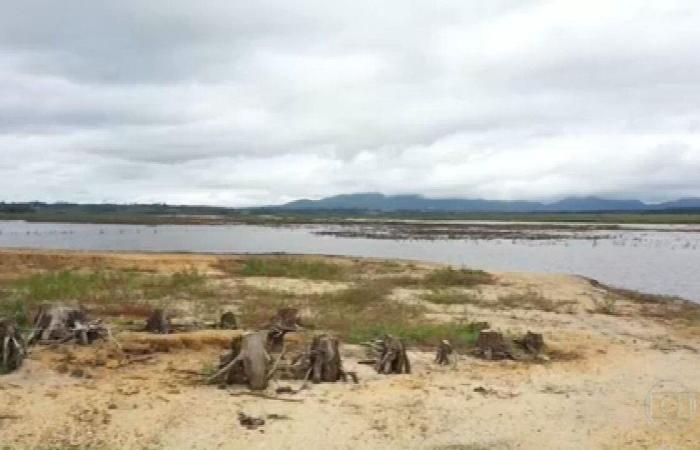 Dry weather does not stop and the pastures in northwest Paraná are dying, ranchers need to buy hay to feed their cattle, but the product is in short supply.

“We have a drop of more than 70% in production, so in the last 10 years we have been working in this food sector, pre-dried hay, we never had a situation like this, right, so it’s very difficult” says rural producer Flávio Aguiar Penteado.

A survey by the National Water and Sanitation Agency shows that in September drought areas increased in 14 states. Monitoring is done in 18 states and the Federal District.

Some states have been suffering from drought for a long time: Mato Grosso do Sul, Paraná and Minas Gerais record points of extreme drought – when rain is lacking and river levels are very low.

The reservoir with very little water is the result of this extreme drought. Within a year, ten months registered below average rainfall in Curitiba. Those who see the sky full of clouds may think that the problem is solved, but we are far from that.

The average of the four reservoirs that supply Curitiba and the metropolitan region is at 28% of capacity.

“With the data we have, we cannot see an improvement in the situation, right, at least for the next three, four months”, explains Marco Antônio Jusevicius, coordinator of meteorological operation at SIMEPAR.

Since March, residents of the metropolitan region of Curitiba face a rotation in the supply of water – the goal of the supply company is that the population reduces 20% of consumption, but in the last survey the economy only reached 14%.

“If we reach a reserve level of our dams at 25%, we will be obliged to implement a more severe system of rotation,” says Hudson José, communication director at Sanepar.

The disk denouncing the waste has already received almost seven thousand flagrant. Dona Helena reuses the water in her house – and does not conform to those who spend it as if the water is left over.

“I save for the good that we received as an inheritance and it is our obligation to leave it to future generations”, says professor Helena do Rossio.

These were the details of the news Increased areas suffering from drought in the country, shows survey |... for this day. We hope that we have succeeded by giving you the full details and information. To follow all our news, you can subscribe to the alerts system or to one of our different systems to provide you with all that is new.