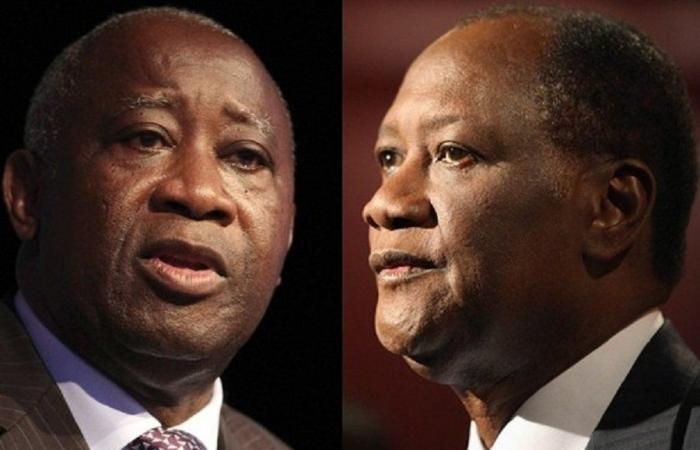 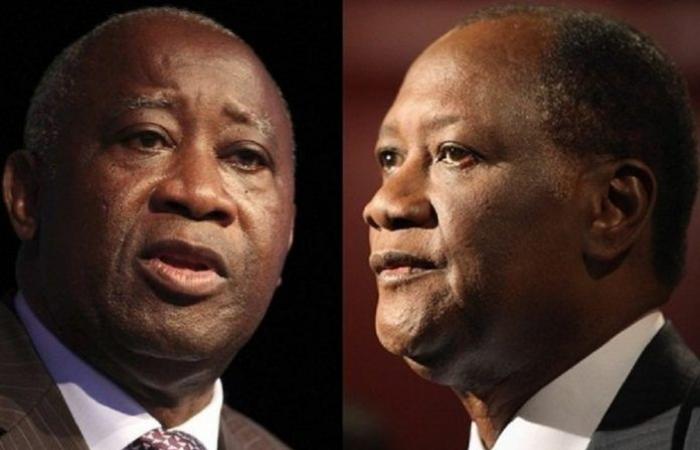 Ivorian President Alassane Ouattara says he is in favor of ex-President Laurent Gbagbo’s return to Côte d’Ivoire after the October 31 presidential election, but wants to send his former ally Guillaume Soro to prison, in an interview published on Saturday by Le Monde.

“Laurent Gbagbo will return, there is no problem (…) I will make arrangements so that he can return” as soon as his trial before the International Criminal Court (ICC) “will be over”, declared Mr. Ouattara, at power since 2011 and running for his own succession for a controversial third term.

Mr. Gbagbo, 75, in power from 2000 to 2010, was acquitted at first instance of crimes against humanity by the ICC in 2019 after eight years in detention, and lives in Brussels awaiting a possible trial on appeal. According to his relatives, the Ivorian authorities prevent him from returning to his country by refusing to provide him with a passport, to the chagrin of his supporters who are eagerly awaiting his return.

Relatives of Mr. Gbagbo had submitted his candidacy for the presidential election, but it was invalidated by the constitutional council. Recalling his sentence to 20 years in prison by the Ivorian justice for the so-called “robbery” case of the Central Bank of West African States, during the post-electoral crisis of 2010-2011, President Ouattara specifies: “I do not intend to grant an amnesty but I intend to take a decision which facilitates his return”. Alassane Ouattara, on the other hand, pleads for “life imprisonment” for his former ally Guillaume Soro, leader of the rebellion of the 2000s who helped him to take power, accusing him of having fomented “a coup” .

“Sweep away all these people”

“For him it will be prison. There is no doubt about it. He deserves life imprisonment for what he has done, ”said Mr. Ouattara of his former Prime Minister and former President of the National Assembly, quarreled with him since 2019, and who lives in exile in Europe. Sentenced by Ivorian justice to 20 years in prison for embezzlement of public funds, Guillaume Soro, 47, whose presidential candidacy was also invalidated, is also being prosecuted for “conspiracy and attack against the security of the State”, with about twenty of his supporters.

In the interview, President Ouattara also threatened opposition leaders with legal action, who called for “civil disobedience” and an “active boycott” of the presidential election. About 30 people have died since August in violence across the country. “The opposition provokes violence because it has no arguments (…) All those who organize it will be held to account (…) whatever the importance of the person”, declared Mr. Ouattara.

The fear of an escalation of deadly electoral violence is strong in Côte d’Ivoire, ten years after the post-electoral crisis born of the 2010 presidential election which left 3,000 dead after Laurent Gbagbo refused to acknowledge his electoral defeat in the face of Ouattara.

President Ouattara, 78, finally pleads for a rejuvenation of political leaders: “We who are over 70 years old, we must get out of the political game and after the election I will modify the Constitution to wipe out all these people”.

*The article has been translated based on the content of Source link by https://senego.com/cote-divoire-ouattara-favorable-au-retour-de-gbagbo-apres-la-presidentielle-la-prison-pour-soro_1174353.html
. If there is any problem regarding the content, copyright, please leave a report below the article. We will try to process as quickly as possible to protect the rights of the author. Thank you very much!

These were the details of the news Ivory Coast: Ouattara in favor of Gbagbo’s return after the presidential... for this day. We hope that we have succeeded by giving you the full details and information. To follow all our news, you can subscribe to the alerts system or to one of our different systems to provide you with all that is new.