CoronaVac will be the vaccine in Brazil, says Doria, thanking Anvisa 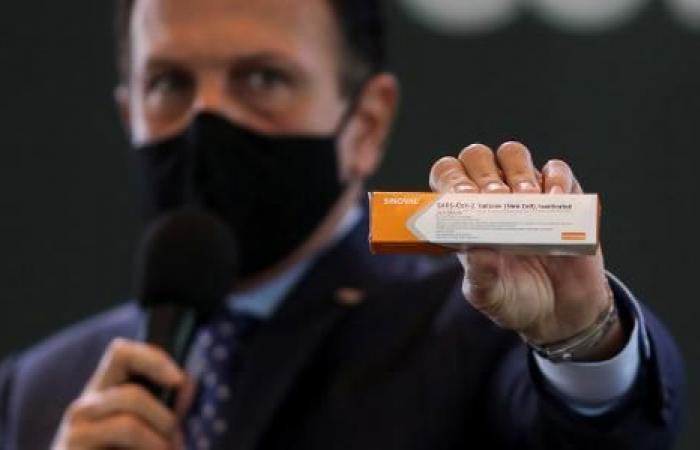 The Governor of the State of São Paulo, João Doria (PSDB), published, this afternoon on Twitter, a thanks to the National Health Surveillance Agency (Anvisa) for the release of CoronaVac imports. “CoronaVac will be the vaccine for Brazil,” wrote the Tucano governor.

The discussion about the Chinese immunizer heated up the clash between the government of São Paulo and the Planalto Palace this week and caused a “fair skirt” between the President of the Republic, Jair Bolsonaro, and one of his ministers.

In the late afternoon of Friday, the 23rd, the import of six million doses of the immunizing agent produced by the Chinese laboratory Sinovac, at the request of the Butantan Institute on an exceptional basis, was authorized by Anvisa.

Butantan should receive Chinese technology for large-scale vaccine production in the country.

On Twitter, the governor of São Paulo wrote this Saturday: “I thank Anvisa for its consistent and autonomous stance, in releasing the initial purchase of 6 million doses of CoronaVac. We reinforce the importance of releasing inputs for the production of the other 40 million doses. CoronaVac will be produced in SP, in Butantan. It will be the vaccine in Brazil. “

These were the details of the news CoronaVac will be the vaccine in Brazil, says Doria, thanking Anvisa for this day. We hope that we have succeeded by giving you the full details and information. To follow all our news, you can subscribe to the alerts system or to one of our different systems to provide you with all that is new.