Chile | Why is the constitutional plebiscite historic and unprecedented? 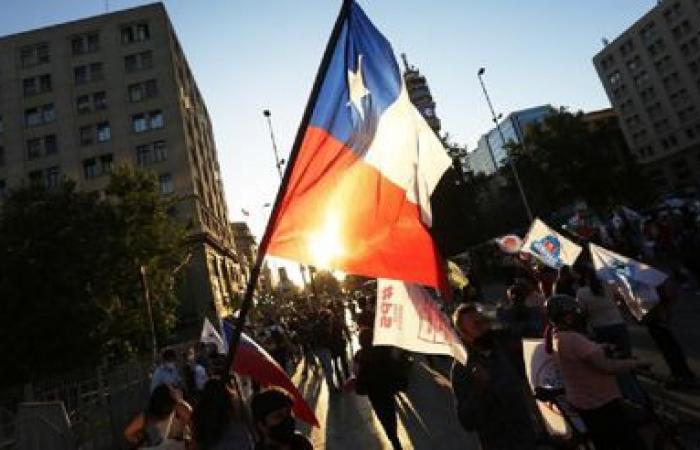 “The most important vote since the end of the dictatorship” or “the ballot that will mark the future of Chile.” These are some of the grandiose phrases that have been repeated like a mantra about the constitutional plebiscite on Sunday.

More than 14.7 million Chileans are called to decide if they want to replace the current Constitution –inherited from the Augusto Pinochet regime (1973-1990) – and the body that should draft the new text.

The referendum, which was postponed due to the pandemic and which will take place amid sanitary restrictions and a battered economy, seeks to decompress the serious social crisis that erupted in October 2019 and left some thirty dead and thousands injured.

But why is it said that it is unpublished and historical?

In 200 years of independence, Chile has had only three constitutions (1833, 1925 and 1980), making this the fourth, but the first drafted by a citizen convention elected by popular vote.

The professor of Constitutional Law at the Diego Portales University (Chile) and professor at the University of Utrecht (Holland), Javier Couso, explained that the first Basic Law was born after a civil war, while the last two were drawn up “indoors.” after two coups d’état.

This process, however, emanated from the streets: the repeal of the Magna Carta was one of the demands in the massive demonstrations last year.

“It is unusual for people to be consulted if they want to change the Constitution, but what is even more unprecedented is to ask the mechanism. I think there is no precedent in Latin America,” the director of the University’s Political Science career told Efe. from Chile, Claudia Heiss.

If the option of “approve” is left and the new text is ratified in another plebiscite in 2022, “Chile will give an important signal to Latin America, after constituent processes that have been led by populist figures to perpetuate themselves in power,” said Couso.

LEGACY OF THE DICTATORSHIP

Devised by the ultra-conservative Jaime Guzmán and approved in a questioned referendum, Pinochet’s Constitution has been reformed more than 50 times in democracy, but it remains “illegitimate” for a large part of the population.

The major reforms were undertaken in 2005, with Ricardo Lagos (2000-2006) in power, and today the Magna Carta bears the signature of the former socialist president and not the general.

These modifications, according to Couso, made it possible to “democratize the election of senators” – some until then were elected by the military – and “end the immobility of the commanders in chief.”

“The president could not call the military chief to retirement, the removal had to be authorized by the National Security Council, where the Armed Forces had a majority,” said Heiss, for whom “the reforms to which the right agreed were made.” .

The executive director of the progressive think-tank Chile 21, Eduardo Vergara, told Efe that the big problem with the Constitution is that it is “extremely rigid,” since it takes two-thirds of parliamentarians to change its most important chapters.

Guzmán himself used to even say that he devised the text with the idea that “if our adversaries come to rule, they will be constrained to follow an action not so different from what one would yearn for”.

“It is designed so that the right can stop any change with only a third and this is what has happened with the large number of initiatives that sought a more redistributive model,” added Heiss, for whom its inflexibility is only comparable to that of Honduras.

During her second term (2014-2018), former socialist president Michelle Bachelet attempted a constituent process, which failed due to lack of political support.

“The day a new Constitution is approved, this very long transition will have been concluded and it can be said that there is no institutional vestige of the dictatorship,” said Couso.

For the supporters of “approve”, the current Constitution is the cause of the great inequalities in the country for promoting the privatization of basic services and “allowing development to be disproportionate for a few at the expense of a many,” said Vergara.

Its detractors, however, believe that under this legal framework Chile registered the period of greatest growth in its history and that current problems are solved with new laws and not with a constituent process that generates “uncertainty.”

The left-wing opposition is in favor of change, while the four right-wing parties that make up the government coalition are divided, with the formation founded by Guzmán himself (UDI) being the most defender of “rejection.”

The Chilean president, the conservative Sebastián Piñera, has not pronounced on the direction of his vote and has limited himself to encouraging participation, which may be diminished by fear of contagion and by the high abstention of Chile.

Since voting ceased to be mandatory in 2012, no election has more than 50% of the electoral roll participated.

For Fernando Atria, a constitutionalist and considered the ideologue of the student protests of 2011, if participation is not reached 50%, “it will mean that the social force that broke in on October 18 decided not to be there and saw the plebiscite as another arrangement between the political class. “

WILL IT CALM THE TENSION?

After a year of social upheaval, many wonder if Chile will once again be the “oasis” that Piñera boasted a few weeks before the protests erupted.

“The polarization will be very great before and after the plebiscite. What can deflate the crisis are the constituent dialogues,” Jaime Abedrapo, director of the San Sebastián University School of Government, recognized Efe.

Heiss, who is convinced that the polls will be right and the “approval” will be imposed by far, also considers that a lot of political will will be needed to manage the “high expectations” that the plebiscite has generated: “There are those who think they are leaving to produce a radical change overnight, but it will be a slow process of national reconstruction. “

“We have to make sure that a series of changes are initiated immediately because there are people who cannot wait,” concluded Vergara.

These were the details of the news Chile | Why is the constitutional plebiscite historic and unprecedented? for this day. We hope that we have succeeded by giving you the full details and information. To follow all our news, you can subscribe to the alerts system or to one of our different systems to provide you with all that is new.