Adnet takes a stand on allegations of sexual harassment against Marcius... 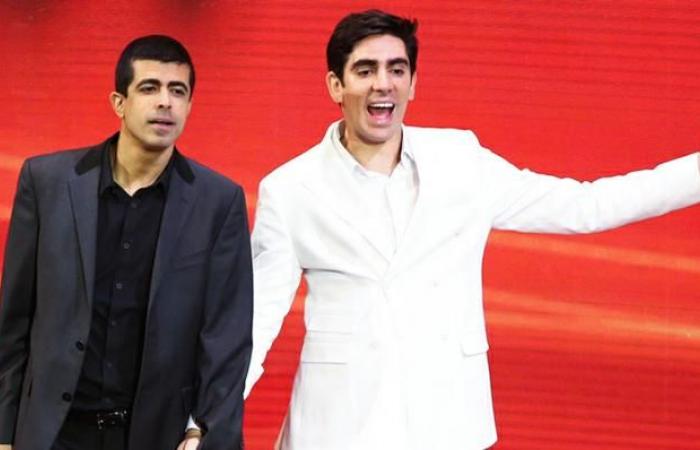 This Saturday (24), the accusations of sexual harassment against the actor and former director of Globo, Marcius Melhem, took on new shapes with an interview given by the lawyer of 6 actresses who claim to be Melhem’s victims to Folha de S. Paulo.

Journalist Mônica Bergamo, lawyer Mayra Cotta, gave details of how Melhem allegedly harassed actresses who were subordinate to him. The first complaint was made by actress Dani Calabresa, at the end of last year, and from then on, other actresses began to denounce Melhem to Globo who, in August, decided to break the contract with the actor in a “friendly” way, without mentioning the reports of harassment.

Since then, dozens of women who work at Globo have been mobilizing to demand a more energetic attitude from the broadcaster. “The victims and witnesses I represent have testified in the compliance process [aberto pela TV Globo para apurar denúncias contra o ex-diretor]. The process was closed and they were not quite sure how to organize themselves so that this story would have an outcome that recognized everything they went through and all the seriousness of the behavior that Marcius Melhem had while he was chief, “said the lawyer.

According to Mayra Cotta, Marcius Melhem acted violently with several women, and used his power as a director to intimidate them. She also said that harassment was not limited to morale, but that, in many situations, it was sexual harassment.

“There was a recurring behavior, of locking women in spaces and trying to grab them, against their will. To insist and keep sending messages even of sexual content to women that he decided if they were going to be cast or not to work, if there would be a scene or not for them [nos programas de humor]. To jeopardize the careers of women who rejected him. To be obsessed, even chasing. It was a systematic and insistent constraint, very recurring ”, he revealed.

“These were cases of sexual harassment. No women talking, I don’t want to, let me go, I won’t kiss, I won’t be with you. And he trying, grabbing. There is no gray area, this is violence. And there is something very serious: he was their boss. He had a position of power ”, added the defender.

Faced with the repercussion of the details of the alleged harassment practice by the director, other comedians took a stand on the subject. One of them was Marcelo Adnet, who signed the final writing of the program “Tá no Ar” together with Melhem and who acted with the actor and director in numerous programs. Adnet was even married for 7 years to Dani Calabresa, the first actress to denounce Melhem.

“About the article by Mônica Bérgamo at Folha de SP: all my support and solidarity with the victims!”, Wrote Adnet on social networks.

Humorist Gregório Duvivier also spoke: “Congratulations to Monica for the story, and all solidarity with the victims”.

Marcius Melhem made a series of posts apologizing if he “hurt” someone, but he said he was innocent and denied the allegations of sexual harassment. “I am willing to acknowledge my mistakes, apologize and, if possible, repair people I have hurt in any way. I want to face it with truth and humanity and expose myself if necessary, ”he wrote.

“But in the face of such serious accusations that I never committed, what can I do? Deny. I make available all my communication that I have on file, with anyone who has worked or related to me over the years. And I ask you to listen to the people who worked with me who followed many situations closely and who can talk a lot about it all. I ask you please to investigate the truth and do not support lies ”, he added.

These were the details of the news Adnet takes a stand on allegations of sexual harassment against Marcius... for this day. We hope that we have succeeded by giving you the full details and information. To follow all our news, you can subscribe to the alerts system or to one of our different systems to provide you with all that is new.