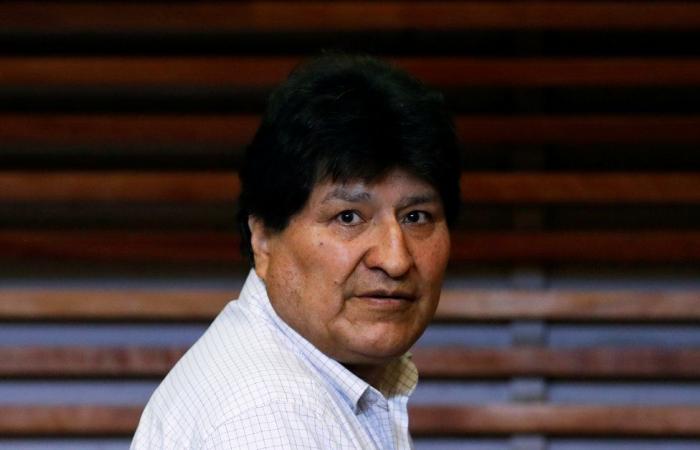 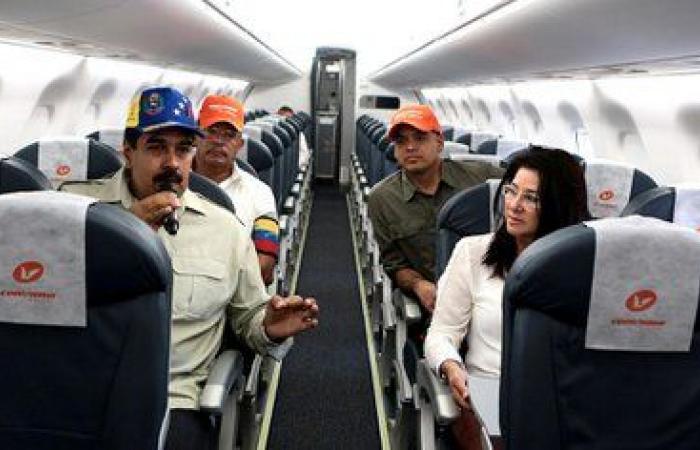 Evo Morale during a press conference in Buenos Aires, on October 22 (Reuters)

Evo Morales will return to Argentina this Sunday at 5 in the morning. He will return in the same way he left on Friday afternoon: stealthily, without showing himself in public or explaining the reasons for his controversial trip to Venezuela, and aboard a ship sanctioned by the Donald Trump government.

During the less than 48 hours that he remained on Venezuelan soil, Morales kept his agenda a secret. The official media of the Chavista regime, which publicize each of Maduro’s acts, this time opted for absolute silence and do not report a word about the Bolivian’s visit.

Morales, in fact, He actively used his Twitter account throughout the day, but in none of the 7 messages he published did he tell what led him to make a lightning trip to Chavista lands.

The former president had a private meeting with the dictator Maduro in which the regional situation was analyzed after the victory of the MAS dolphin, Luis Arce, last Sunday. And he would also have discussed his particular situation. It is not ruled out that Morales’ controversial and silent visit is a strategy to “mark the playing field” for the newly elected president of Bolivia, who seeks to get away from the extremes of his political boss.

However, neither from Morales’ surroundings nor from the Chavista inner circle did they reveal the secret conversation.

Morales was – and will return – in an Embraer Lineage 1000 aircraft (registration YV3016) painted in the colors of the Venezuelan state airline Conviasa. The Chavista plane has been on a United States blacklist since the Donald Trump administration launched a sanctions package focused on the state airline in early 2020 to pressure the regime.

Acquired by Venezuela by order of Maduro in June 2014, the plane is part of Venezuela’s official fleet and is one of the most used by the dictator on his international flights.

Manufactured by the Brazilian aeronautical company Embraer, it has a capacity for 19 passengers and is painted in the colors of the flag line. On February 7, the US Treasury Department imposed sanctions against Conviasa and published a list of the forty aircraft that, as of that date, were “blocked.” Among them is the Lineage 1000 that Morales uses.

The North American measure affected the operation of the fleet, which included the three presidential planes that sport the airline’s paint scheme and civil license plates, but the official statement explained that the “action does not prevent Venezuelans from traveling, since they can continue traveling with other carriers ”that are not on the list.

File photo of dictator MAduro and his wife, Cilia Flores, on a plane from Conviasa

“Maduro’s illegitimate regime depends on Conviasa to transfer corrupt regime officials around the world to boost support for its anti-democratic efforts,” argued Treasury Secretary Steven Mnuchin at the time. And he added: “The Trump Administration will not allow Maduro and his representatives to continue robbing the Venezuelan people and abusing state assets to advance their own corrupt and destabilizing activities.”

Secretary of State Mike Pompeo also celebrated the sanctions against the airline on February 7 and described them as one more step by the US government to stop the “usurpation of Maduro.” “Maduro and his corrupt cronies use the Venezuelan state airline Conviasa to support their usurpation of democracy in Venezuela. Today, the United States took one more step to end Maduro’s exploitation of state assets that preserve his corrupt control over power, “Pompeo said in a tweet at the time.

Morales’ brief trip was surprising. Exiled in Argentina since December 2019, after the riots that took place in Bolivia after the fraudulent presidential elections, which led him to resign and leave his country, only once had he left the country. It was in February 2020 when he traveled to Cuba to undergo medical treatment, about which he did not give details.

This weekend, however, his visit to Venezuelan territory was somewhat overshadowed with the feat of Leopoldo López, the opposition leader who managed to leave the country bypassing all the regime’s checkpoints.

These were the details of the news Evo Morales will return to Argentina at dawn this Sunday after... for this day. We hope that we have succeeded by giving you the full details and information. To follow all our news, you can subscribe to the alerts system or to one of our different systems to provide you with all that is new.