Trump on infamous role of his lawyer in new Borat film:... 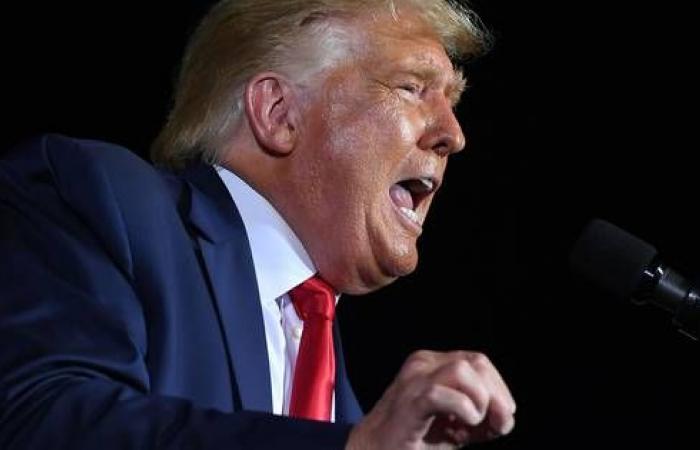 US President Donald Trump is not a fan of Sacha Baron Cohen, the British comedian and creator of the fictional Kazakh reporter Borat. In the latest Borat film, Rudy Giuliani, the former mayor of New York and currently Trump’s lawyer, gets an unwanted and somewhat embarrassing supporting role.

Giuliani can be seen in a somewhat embarrassing position in the latest Borat movie. After an interview with an actress, who plays the 15-year-old daughter of the Kazakh journalist, it can be seen how 76-year-old Giuliani on the bed in the young woman’s hotel room puts his hand into his pants.

When asked what he thinks of the scene, President Trump says he does not know what happened. But according to Trump, Cohen has been trying to snare him for years, but it doesn’t work. “A ‘creep’. And I don’t think it’s funny,” said the president.

In the film ‘Borat Subsequent Movie Film: Delivery of Prodigious Bribe To American Regime For Make Benefit Once Glorious Nation Of Kazakhstan’, Baron takes on the role of Borat, a reporter from Kazakhstan who travels through the United States. With an unwanted role for the Republican leader Rudy Giuliani.

US President Donald Trump’s lawyer and former New York City mayor is being interviewed by Borat’s 15-year-old daughter, a conservative television journalist, allegedly. After that conversation, the actress, who is actually 24-year-old Maria Bakalova, asks Giuliani to her hotel room for a drink. A moment later you can see Giuliani lying on the bed and putting his hand into his pants. Then Borat comes into the room and shouts “she is 15, she is too old for you!”.

In the United States, there has been a lot of fuss around the images, but Giuliani himself claims that he only put his shirt back in his pants after removing his microphone. The images are “a complete fabrication,” he tweeted. “At no point before, during or after the interview did I act inappropriately. If Sacha Baron Cohen says otherwise, he is a harsh liar.”

*The article has been translated based on the content of Source link by https://www.hln.be/buitenland/trump-over-beruchte-rol-van-zijn-advocaat-in-nieuwe-borat-film-ik-vind-hem-niet-grappig~a2514527e/?referrer=http%3A%2F%2Fwww.bing.com%2F
. If there is any problem regarding the content, copyright, please leave a report below the article. We will try to process as quickly as possible to protect the rights of the author. Thank you very much!

These were the details of the news Trump on infamous role of his lawyer in new Borat film:... for this day. We hope that we have succeeded by giving you the full details and information. To follow all our news, you can subscribe to the alerts system or to one of our different systems to provide you with all that is new.